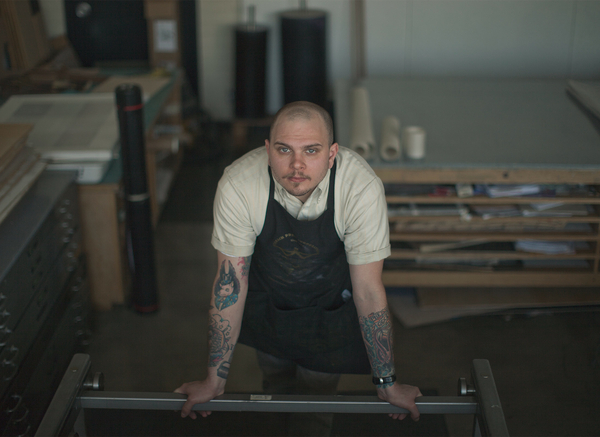 Zach Fitchner is a printmaking artist and educator living and working in Charleston, West Virginia. Fitchner's work employs the reproducible properties of print media to address personal beliefs pertaining to identity, religious, social, and cultural philosophies. Zach's prints and installations draw from past and present experiences as well as the American Imagery Bank, a conceptual platform created to direct artistic interaction and creation of iconography between he and his viewers.

Born in Atlanta, Zach split his growing up between Sugar Hill, Georgia and Lakeland, Florida where he spent his time playing in creeks and roaming the streets as a rowdy juvenile. His art career began when he drew an eagle for the cover of his 5th grade graduation ceremony program. Zach has shown in numerous galleries and museums, nationally and internationally, and his prints are included in various public and private collections in the United States, Egypt, Slovakia, and Australia.


site brooklyn
ArtSlant has shutdown. The website is currently running in a view-only mode to allow archiving of the content.