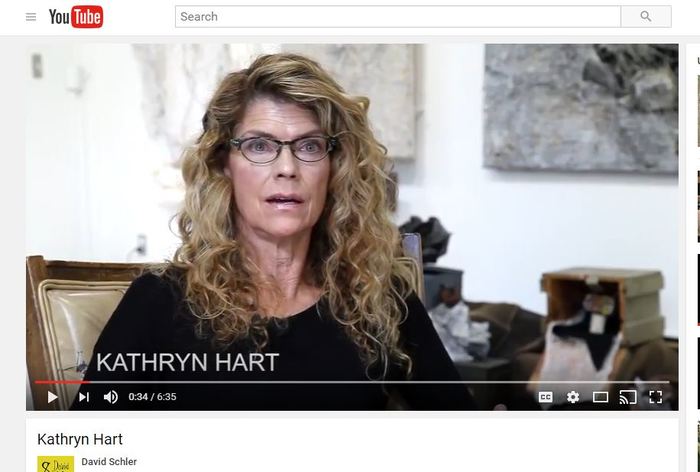 Kathryn Hart’s art reflects the human condition — all of its crags, crevices, revelations and secrets — and her belief in an endless ability to rise from the ashes. Hart’s mixed media, multi-disciplinary works seep with raw, personal history and exude a sense of loss, longing and an ultimate conviction in renewal. In essence, Hart's work deals with life, death and hope.

Her artwork is mired in matter, power emanating from their physical palpability. Organic beings are often sculpted and sutured into a surface smeared with tactile impasto, clotted paint and found objects. The work becomes an entity, embryonic, glistening, and vulnerable. Hart desanctifies the traditional plane surface with forms that extend beyond support boundaries and jut outward into space. Uncensored materials are exploited to their full extent and must withstand the stresses of her rigorous process.

Born into a family of scientists and a former medical market researcher for organ and tissue transplantation, her fascination with intricacies, both physical and psychological, is inbred. As a plastic surgeon's daughter, suturing together and ripping apart come naturally from her frequent observations of her father in the operating theater. However, Hart’s aim is not to veil the underbelly, but to reveal it.

Hart lives and works in Colorado.

Hart is the recipient of many international prizes and scholarships, such as the Council of Europe Scholarship (2016), the T.I.N.A. International Prize, 2016 (Sao Paolo, Brazil), the Ministries of Culture of France and Poland Scholarship (2015 and 2014), United Nations Harmony for Peace award (NYC, 2010) and.  Hart is an invited juror by the United Nations and her work is archived in the National Museum of Women in the Arts (Washington DC) and the Miriam Schapiro Archives on Women Artists (CWAF, Rutgers University).  She is represented by A.I.R. Gallery in Brooklyn and Trevisan International (Italy).