I am not only passionately influenced by Pop art and Surrealism, I live and breath them every time I awaken and immerse myself in the creation of a work of art. I do not map-out things in advance when I get into this manic state of creating–I just let it happen. Often times, I wait until the right moment arrives. And it usually  arrives when I feel this surge of energy rush through my body. That is when I totally immerse myself in painting or drawing non-stop, all day. It is a surge of energy brought upon through memories, dreams, current hardship, heart ache,  or any other things that maybe engulfing my mind, body and soul.

My artwork is a balance between hope and insanity – Pop Art & Surrealism. It is indeed a very therapeutic and insightful process into my very mind. The surreal aspect of my artwork is unpredictable, manic, random, a juxtaposition of various influences from dreams, memories, past and current experiences. Images from my subconsciousness are fleshed-out and sometimes meshed together. The pop art side of it helps keep my vision and mind balanced and focused to the chaotic nature of surrealism. The pop art aspect of my art is filled with easily recognizable symbols such as piano keys, buildings, light bulbs, checkered board, musical notes, planets, hearts, and other objects that help convey my vision for a certain piece. Each object, each symbol pertains to something deeply rooted somewhere in my subconsciousness. Sometimes they take different meaning depending on the artwork and theme at hand. The application of vibrant and luminous pop art colors sheds a light of hope to the madness surrealism appears to be emitting.

I tend to work with oil and acrylic paints when creating a painting. But I don’t exclusively use those mediums, nor do I only paint on canvas. I indulge in using a wide variety of tools to produce a certain color and paint and draw on various, different surfaces. Instead of creating works of Video-Art to go with my artwork this year, I've decided that creating music would accompany and compliment my immersion into Graffiti Sketch art.

John Pescoran is a prolific artist who specializes in creating bright, bold and luminous works of surreal pop art inspired by multicultural surroundings, music, innocence, perseverance, determination, imagination, hope, city life and total immersion and admiration of art. Not one to limit, restrict himself or ease off the breaks, John Pescoran gets immense joy in creating works of surreal pop art either with oil paints, acrylic, ink or anything else that might be lying around.

John Pescoran was born in Lima, Peru and raise in Hayward, California. He attended Academy of Art University where he majored in graphic design and later switched to illustration. For almost two decades John Pescoran focused on creating pure works of pop art, that is until he decided to combine his love for surrealism to create exclusive works of Surreal Pop art. When he is not actively making a series of paintings, he spends countless hours creating a large body of drawings, sketches, and other illustrations. John is a part of the Hypermodern (art) movement as a graphic artist & writer. His immersion into graffiti sketch art has inspired him to produce music under the moniker, Neologic Spasm.

As well as immersing himself in painting, illustrating, and print-making, John is well versed in sculpting, video-art, producing music, and other art forms. He resides in Livermore, California. 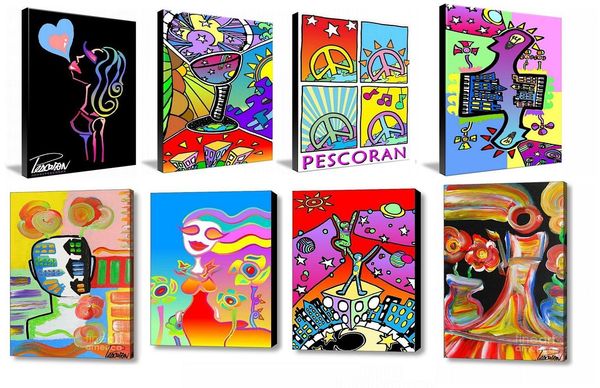 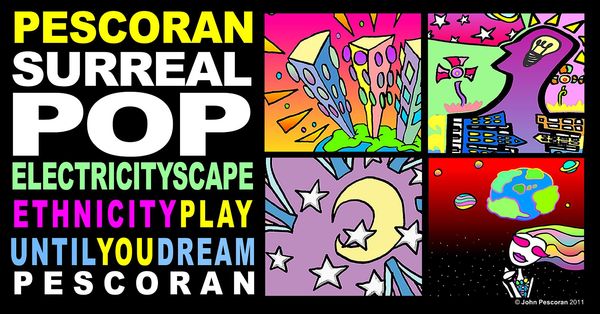