"Few people possess true artistic ability.  It is therefore both unseemly and unproductive to irritate the situation by making an effort.  If you have a burning, restless urge to write or paint, simply eat something sweet and the feeling will pass."

"An artist is someone who produces things that people don't need to have but that he -- for some reason -- thinks it would be a good idea to give them."

"You're sitting there with your muse and your muse is telling you something and you're following it, and you end up the next day looking at it and thinking 'what the hell was the muse saying to me?'"

Greenie enjoying a meal at LACMA

Watercolor sketch of a tractor in Oak Glen

Greenie on the march!! (sorta)

Oil sketch of a farmhouse painted from a photo found in an old calendar.  Lazy dogs adorn the frame.

Greenie enjoying a parade in Chinatown, 2009 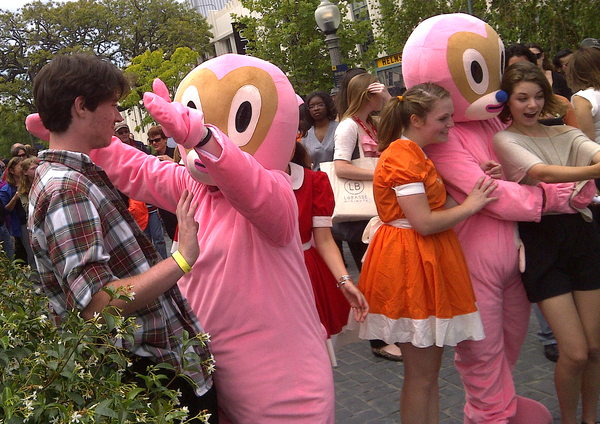 
South Bay Lexus
ArtSlant has shutdown. The website is currently running in a view-only mode to allow archiving of the content.