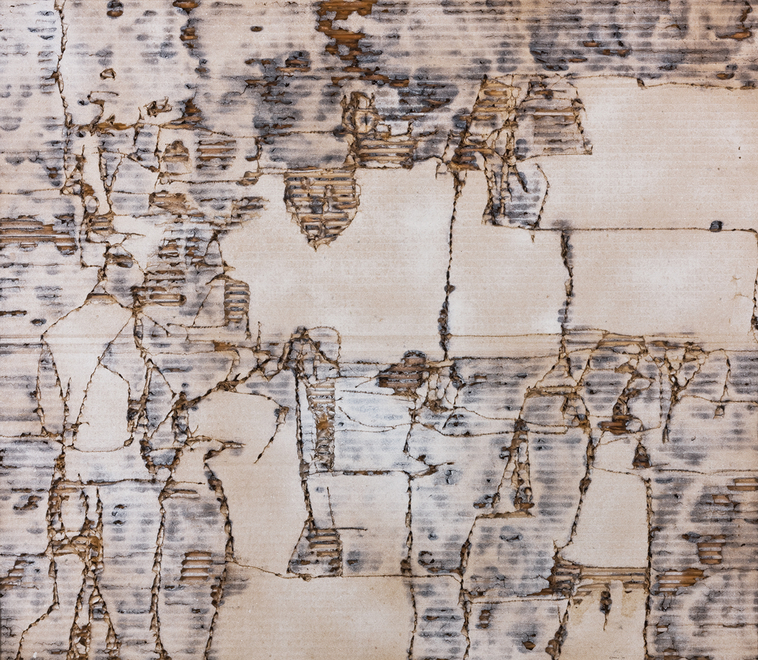 “Do women have to be naked to get into the Met. Museum?”

The Guerrilla Girls have famously been asking the same question since 1989, when the feminist group first pointed out that “Less than 5% of the modern art section [at the museum] are women.” That was in New York, but does the same hold true for the representation and visibility of modern women artists in non-western regions? While the West is quick to slap a “suppressed” sticker on Middle Eastern women as a group, fixating on veiling as a sure-fire indicator of backwardness and victimization, the reality is that when it comes to influential women in the visual arts, the Middle East is moving towards equality much more rapidly than the West.

Well-educated women from the region hold some of the most powerful leadership positions as curators, dealers, critics, fair directors, and patrons. According to “Middle Eastern Titans,” a report on 2012–2014 auction results prepared by artprice, among the region’s top yielding artists at auction are Ghada Amer (Egypt/USA), Mona Hatoum (Lebanon), and Canan Tolon (Turkey). Middle Eastern women in the arts have never been bored socialite housewives dabbing at the easel or running fundraising committees at cultural institutions. 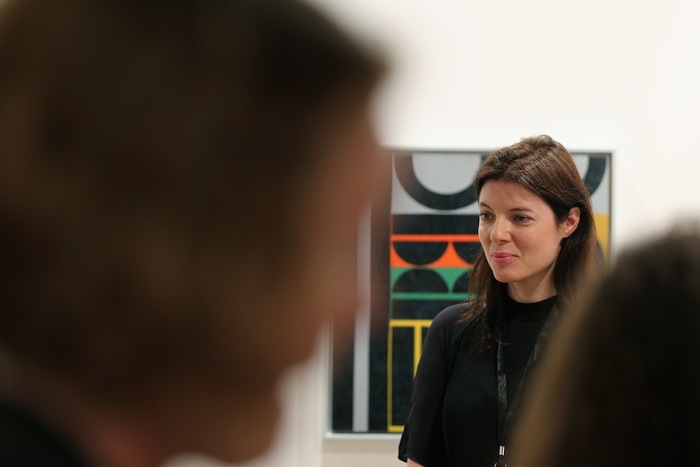 Auction sales patterns are beginning to correspond to commercial representation. Last week Antonia Carver, Director of Art Dubai, announced that “In the fair in general, including the 76 galleries exhibiting in Contemporary, around 45 percent of artists are women—this is extraordinarily high compared to other major international fairs.” However, taking a look at gallery representation in a few Dubai cornerstone spaces that have booths at the fair, the numbers do vary considerably: Ayyam, for example represents 4 female artists out of a total 19; The Third Line—15 out of 25, plus two male-female collectives; Grey Noise—6 of 12; and Meem Gallery doesn’t represent any at all.

This year’s Art Dubai Modern (a section for solo or duo presentations of work completed prior to 2000, from galleries with a Middle East, South Asia, or Africa focus), further proves that a strong female presence in the region’s art scene has a precedent dating back many decades. Carver says, “Artists included in Art Dubai Modern include such trailblazers as Samia Halaby, Mounirah Mosly, Maliheh Afnan, Huguette Caland, Laure Ghorayeb, Samia Taktak Zaru—of the 21 artists exhibiting in Art Dubai Modern, 6 are women, mostly exhibiting works from the 1960s–80s, when their work was just as radical as it is now.” Yes, this is just under 30 percent of the Modern artists at the fair. But remember the Guerrilla Girls’ tally of women represented in the Modern Art section at the Met? In 1989, that number was 5 percent. At their most recent recount in 2012, it had decreased to 4 percent.

To learn more about their perspectives working both inside and beyond the Middle East’s borders, I spoke with several women represented in this year’s Art Dubai Modern section as well as the dealers who have chosen to show their work. I wanted to understand the role (if any) that gender has had on their decades-long practices and whether they had observed perceptible shifts in the way that women artists are accepted by the wider art world. 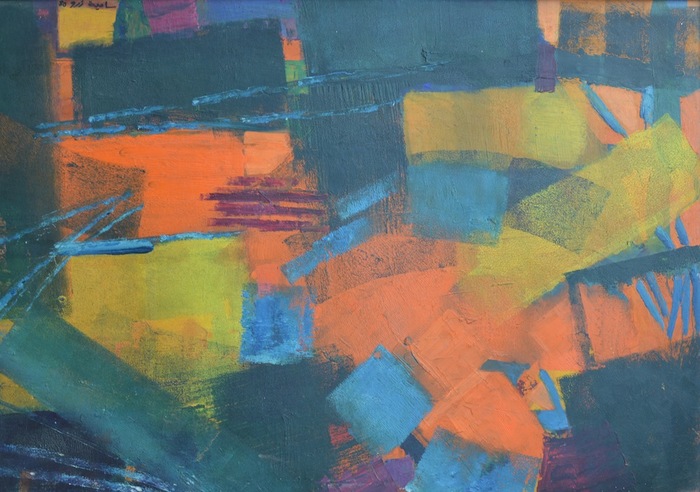 Samia Taktak Zaru’s abstract paintings (some of which incorporate traditional embroidery fragments constructed by circles of female craftspeople) executed from 1958-1962 will appear in the Wadi Finan Art Gallery booth in the section, marking the first time a Jordanian space has exhibited at the fair. In an interview, Zaru spoke about paving the way during that period as a female artist: “I always stood my ground while I had to work at places like the foundries in Wihdat Camp [for Palestinian refugees] in Jordan, welding and hammering metal. I have never allowed my gender to affect my artistic expression nor have I felt it had hindered people’s perception of my work. I believe in equality and practice it continuously.” 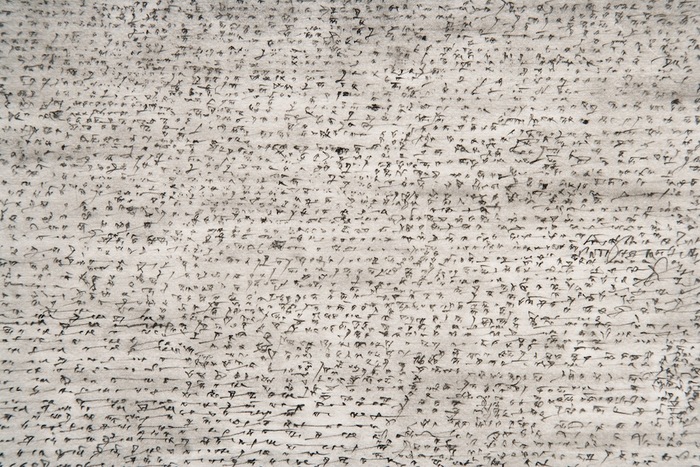 Dubai-based Lawrie Shabibi Gallery will show works by Maliheh Afnan, who was born in 1935 and passed away last year. Afnan was of Iranian Baha’i origins, was displaced from Palestine to Beirut, and ultimately settled in London. Gallery co-founder William Lawrie explained that the artist, who worked mainly on paper, was attracted to the medium due to its immediacy and ability to permanently absorb layers of markings and washes. Pieces like Silent Witness (1969) or Ecriture (1980) contain intricate lines of imaginary lettering, but from far off appear like crowded stone villages built story by story onto terraced hillsides in the Levant. In the 1960s Afnan married and went to Washington DC, ultimately graduating from the Corcoran School of Art.

While moving away from extended family and acquiring higher education abroad might have still been improper for a woman of that era, artists like Afnan (as well as Samia Halaby, and later Najat Makki—the first Emirati woman to earn a government scholarship to study art abroad in 1977) broke mobility barriers, making it commonly accepted for today’s young female artists to pursue degrees abroad even when unaccompanied. 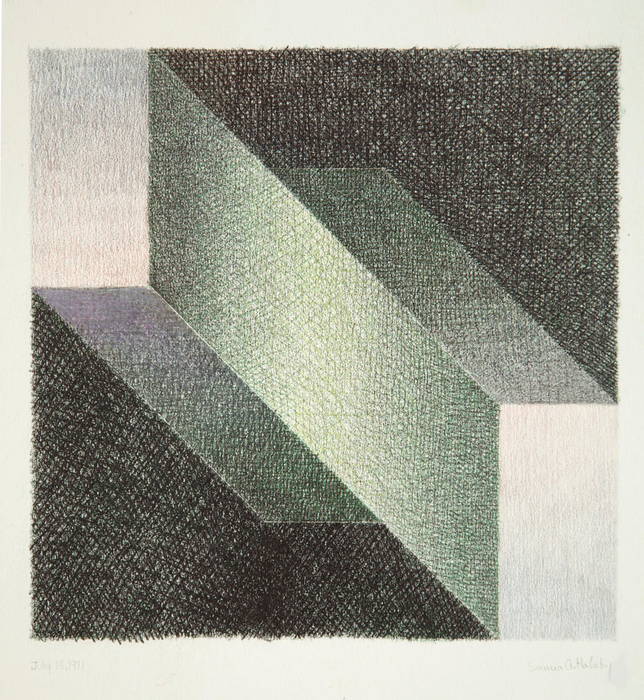 Curated by Maymanah Farhat, Ayyam Gallery will present 60s-, 70s-, and 80s-era canvases, prints, and one rare pencil drawing on paper by the painter, activist, and academic Samia Halaby, who left Palestine as a refugee at age 14 for the USA. These early pieces look to Islamic geometry as much as they reflect the start of the artist’s lifelong obsession with evolving technology and socio-politics. Corresponding from her Tribeca studio, Halaby observed, “The Arab world seems to be more at ease with women making art.”

Looking back on her years as a young artist in the USA, she recalls,

My early career was in the U.S. where I experienced rejection as much for being a Palestinian and an Arab as for being a woman. In the first three-fourths of my career, I was well received by universities and museums in the Midwest. In contrast, the vast majority of doors in the New York art world were shut tight. That was probably due more to my national origin. Once I began looking for opportunities in the Arab art world doors opened with ease. The contrast was very strong.

On the subject of parity in the art world, Halaby also echoes the timeworn strategy of feminists worldwide: counting. “It is always good to be conscious of equality, and statistics remain a reliable indicator of conditions. We have a whole army of professionals who examine the weather and forecast conditions using statistics. Why should we not have an army examining equality and reporting on it with statistics?”

Larissa Sansour, who imagines a Palestinian future through the unexpected lens of science fiction, acknowledges a link to the previous cadre of female artists, but is looking to differentiate her practice: “I do feel that with previous generations of Palestinian artists, I am trying to break away from a certain narrative they have established. This is something inherent to art; we as artists revive and revise.” Sansour’s latest video work, In The Future They Ate From the Finest Porcelain will be screened at the fair in coordination with Lawrie Shabibi. Set on a lonely planet, the artist experiences a hailstorm of dinnerware fragments bordered in the national keffiyeh scarf—symbolic of the need to prove through dated archeological discoveries that Palestine did indeed exist as a civilization and a national space prior to the establishment of Israel. 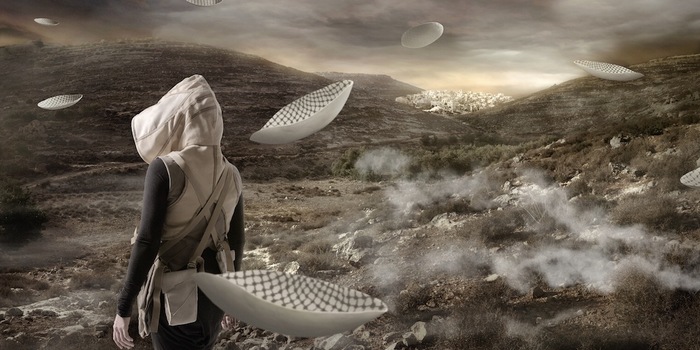 Larissa Sansour, In the Future They Ate From the Finest Porcelain 2, 2014, C-print. Courtesy of the artist and Lawrie Shabibi

Although her practice certainly looks closely at sociopolitical issues, Sansour knows, “I would have made a lot more money as an artist if I spoke about the hijab or human rights.” She is wary of being invited to participate in a show on the basis of her nationality or gender but also acknowledges that “Categorization, does help you understand what kind [of] show you are going to, but in the wrong curatorial hands it gets perverted.”

It’s possible that the modern female artists did such a solid job of paving the way for future generations of women in the region that at this point in time contemporary female artists working and exhibiting in the region don’t feel that gender or representation are subjects that have to be pushed as an issue in the Middle Eastern market.

Over the last three years I’ve had the chance to interview more than 50 contemporary women artists who are either from or residing in the Middle East. In international press, their gender and nationality are always mentioned in relation to their work, even when these markers have no bearing on their practices. My last interview question is always to ask if they would like to be identified first as female artists from the region. Only a handful of artists have answered yes—typically those who are just starting out, trying to make ends meet financially, and willing to market themselves in any way that will simply get their names out; or those who have built heavily commercial practices mainly by addressing or even perpetuating Western stereotypes head on.

It’s certainly important to use counting as one tool for understanding the role and position that women play in the region’s art history and fast developing future. But identities and artwork are much richer than numbers can divulge, and prefacing a name with “(Insert Middle East country of origin here) female artist” can be reductive, pigeonholing artists as regional or as women—regarded as somehow responsible for dispelling stereotypes even if their work has nothing to do with the topic at all—rather than viewing them for what they are: artists.