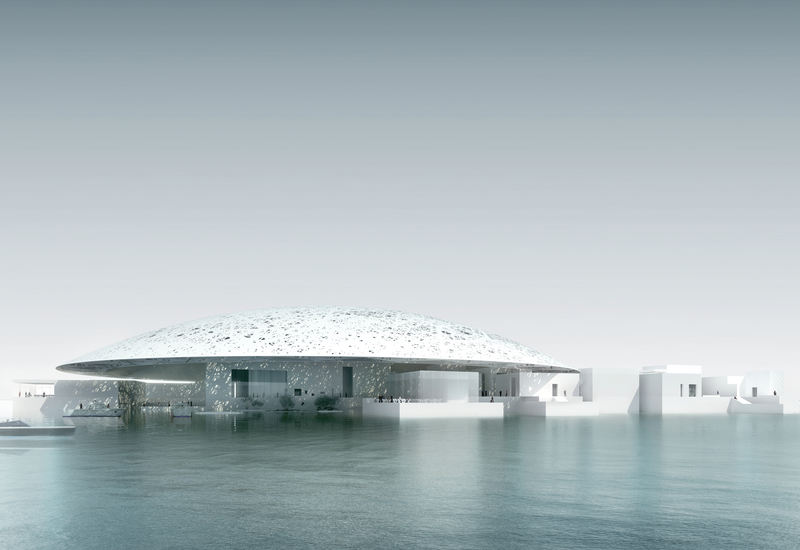 The Louvre Abu Dhabi’s roof weighs the equivalent of the Eiffel Tower—its dome references the Islamic architectural cornerstone of the mosque. According to French architect Jean Nouvel’s poetic vision of a “rain of light,” an intricate layer of geometric incisions in the dome will optimize sunlight to create a constantly changing installation inside the museum. Set to open its doors to the public by the close of 2015, the 260,000-square-foot Louvre Abu Dhabi is the first museum to be constructed in Saadiyat Cultural District, which will also feature the Guggenheim Abu Dhabi, the Zayed National Museum, other museums, academic institutions, as well as Abu Dhabi Art—all in close proximity to luxury villas, hotels, and beaches. 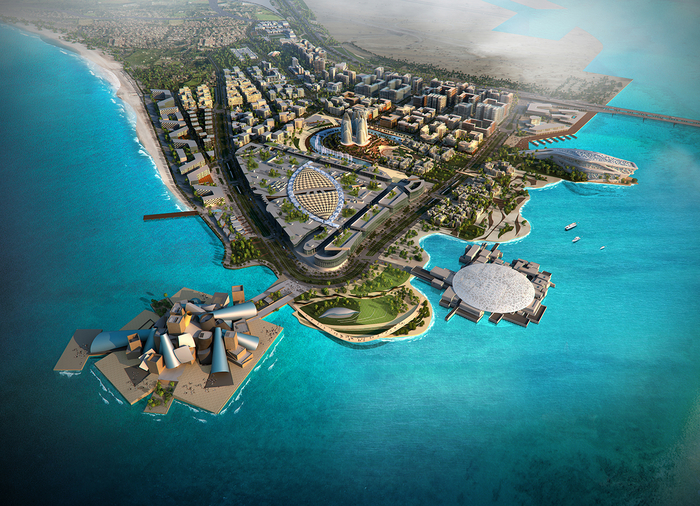 Museums are one of the requisite status symbols of a developed country, and Abu Dhabi—whose culture has expanded with nothing short of unveiled audacity—is eager to be viewed in line with Paris, London, Hong Kong, and other global cultural power players. With the Louvre name having been secured by the Abu Dhabi government for a purported $525 million US dollars as part of a larger diplomatic agreement signed by the governments of Abu Dhabi and France, the institution will retain the Louvre name for 30 years, and the support of experts from the 13 Agence France-Museums for 15 years, with around 300 masterpieces on temporary loan for a decade.

The museum’s development has been controversial from the start, causing sceptics to wonder if culture can be franchised. Allegations that Abu Dhabi is effectively “bankrolling” the restoration of a wing in the Louvre Paris in exchange for using the Louvre brand, is one of many examples of bad press. However, it’s important to be clear that the Louvre Abu Dhabi is not analogous to yet one more Louis Vuitton store imported “cut and paste” from Paris to a luxurious UAE mall.

In a phone conversation, Jean-Francois Charnier, Curatorial Director of Agence France-Museums, clarified: “there is not only the name of the Louvre but there are also the expertise of 100 curators and their research and library involved in this project. It is not just an empty shell of a name.” He described the Louvre Abu Dhabi as an inventive departure from the French Louvre, emphasizing its unique ambition to become the first universal museum in the Arab world which will tell the story of art history by focusing on how cultures and civilizations have grown through common linkages, rather than isolating each school of art in an airtight wing and keeping in line with a tired (and at times inaccurate) narrative. “We are aiming to show an alternative to the Western point of view when it comes to museums…we can see that Europe is not always in the center of things.” Abu Dhabi, which historically served as the crossroads for global trade and today is home to residents from 140 nationalities, is a fitting testing ground for this new typology.

The 2014 Birth of a Museum exhibition and accompanying catalogue provided the public with a first peek into these curatorial principles. It presented visitors to Abu Dhabi’s Manarat Al Saadiyat space with an appetizer of 130 artworks including a Picasso, a Bactrian princess statuette, and nine canvases by the American painter Cy Twombly, all organized around six unifying themes that examined universal questions. 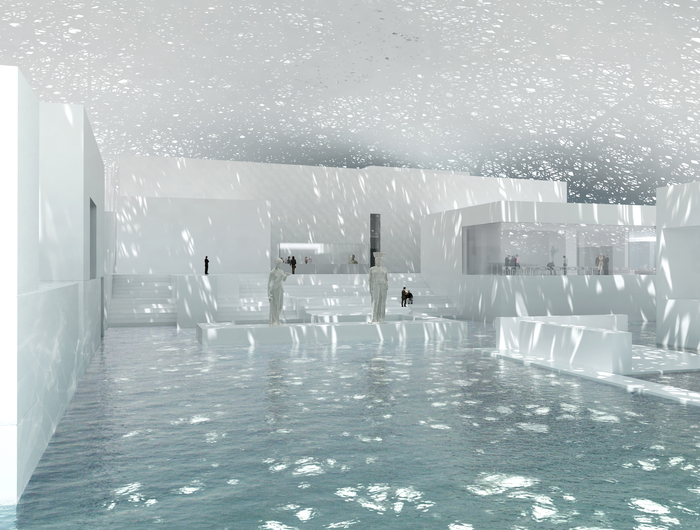 Given the immense cost of constructing the Louvre Abu Dhabi, acquiring a permanent collection, and retaining a team of highly educated experts to consult, it is a given that visitors will be expected to pay entrance fees, though there is as yet no word on the specific amount that will be assessed for admission or precise opening hours. Saadiyat Island is a long ride from the heart of Abu Dhabi and for many, a prohibitively pricey cab or bus ride from Dubai and the other emirates. Although Abu Dhabi Tourism and Culture Authority has conducted focus groups and feasibility studies, one wonders if the museum will truly be accessible to those residents and tourists who do not have cash to burn in their pockets. Many UAE residents are expats who work long weeks and may only have evenings or Friday afternoons off. Will the general population be able to justify the time and cost of admission?

It is not unusual to view a world-class exhibition at one of Sharjah’s 17 museums or Dubai’s more established galleries and find oneself completely alone with the work. Although this is thrilling for the art-obsessed visitor, these same shows would be packed shoulder to shoulder in Europe or the US—probably with a security guard clearing his throat to move crowds along through the displays. It seems that beyond compulsory school trips, the notion of visiting a museum during one’s leisure time rather than circling a mall or slumping in a darkened, air-conditioned cinema, has not yet resonated with the general public in the region. However, the Louvre Abu Dhabi's Talking Art Series, which provides a platform for the public to learn about the museum and its collection through lectures by experts has been standing room only—an indication that at least a modest base of participatory museum enthusiasts exists locally.

It may be a further challenge to convince tourists coming to the UAE for shopping, beach time, and nightlife to consider a sophisticated detour to the Saadiyat Cultural District. In order to really build a universal museum, the folks at the Louvre Abu Dhabi and TCA have their work cut out for them if they want to bring in the crowds that this kind of institution and its expenditure truly merit. However, considering that in under half a century the UAE has devised a cosmopolitan and peaceful country from a humble trade center dependent upon pearl diving, Abu Dhabi’s potential to emerge as a cultural capital almost overnight shouldn't be doubted.

Posted by Danna Lorch on 2/9/15
Tags: cultural branding, Saadiyat Cultural District, uae, louvre abu dhabi, Louvre
RELATED ARTICLES
COMMENTS (1)
Lourve Abu Dhabi & The Community
I like all the points Danna Lorch wrote about. As an expat in Dubai and a museum educator in Los Angeles I am very interested in the Lourve Abu Dhabi. A museum does not have to have the best collection. It is what the institution does with the collection that is important. An alternative to the Western point of view will be very interesting however I do hope that there will be a community component that will allow everyone to have access to the museum, including those laborers who are building it. Art needs to have a reason and substance. My hope is that this museum will be more than pretty. That the art chosen will foster the art patrons of tomorrow with programs that make individuals question, like, dislike, discuss and return. That is something I have yet to see in the UAE. In the last three to four years the growth in the art scene has been amazing but there are still strides to be made. There is so much chatter about this museum I am tired of the talk and ready for the collection! In the case of the Los Angeles County Museum of Art they have really catered to the patrons of the future by giving free memberships to children under 18, providing bilingual materials, free days and festive family days. It encourages returning to see a new exhibit or visit a favorite gallery or piece of art. Will the Lourve Abu Dhabi be a place where everyone is welcome? Will people want to return for the pure enjoyment of viewing art? Will there be community programs of substance? I surely hope so! There is so much chatter about this museum I am tired of the talk and ready for the collection!
Comment by: Heather Conyers on Thursday 02/19/15 at 8:41 PM
ArtSlant has shutdown. The website is currently running in a view-only mode to allow archiving of the content.