Thursday night heralded in the brigade of well-dressed fair-flockers for the opening night of ArtHamptons. A celebrity studded event—Moby sighting included—it’s no wonder these single lane country roads congested into a veritable parking lot in a matter of several short hours. This year's theme of “escapism from the everyday” is fair director Rick Friedman’s call to curate with color and levity, an appropriate agenda for collectors looking to don the walls of their seasonal beach homes with blue-chip quality investments. As to be expected, there was a sprinkling of pop-iconography, metallic beach prints (à la Massimo Vitali, only not), and your standard color-coded ab-ex paintings. A pithy little anecdote to note are the artwork déjà vus when you get the distinct feeling you’ve seen that work, or at least that style before. Chances are, you probably have. On a wall not several booths over the same artist is probably exhibiting a piece from the same series with another gallery—a gentle reminder that the art world is smaller than you think and originality is often the most valuable commodity.

The real standout of the fair is the integration of Korea Contemporary, formerly the Korean Art Show. Dispersed through out the exhibitors are fifteen South Korean galleries sponsored by the Korean Galleries Association, highlighting the country’s contemporary art scene. A welcomed breath of fresh air, you can recognize the South Korean artwork even before confirming via the label or price list. The most adventurous in medium and the most progressive in subject matter, the Koreans really hit the nail on the proverbial head with their contribution to the canon of contemporary art. Even the galleries that were not a part of the Korean curation included works from independently represented South Korean artists amongst their international artist rosters.

Following our second glass of free champagne and our third walk down the pop-up aisles, here’s our selection of top five artists from ArtHamptons 2014. 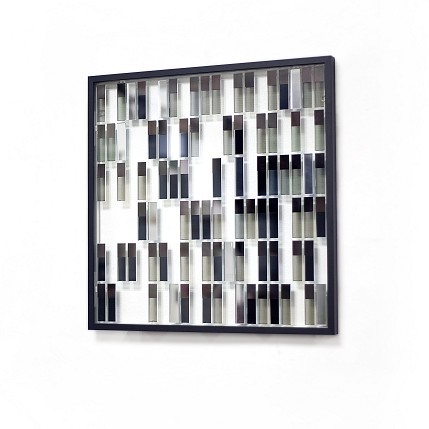 South Korean mixed-media artist Sunchul Hong utilizes LCD solar panel systems to create a kinetic sculpture of modern mastery. Each panel contains an independent charger and display unit creating a beautifully choreographed flickering of rest and activation. Much like the individual window units of a soaring highrise, each panel represents the presence, or lack thereof, of a particular entity or body. Suspended in customized plexiglass boxes, each amalgam of energy packets is assembled in a sleek geometric shape, cleverly forming cohesion amongst the independent cohorts. 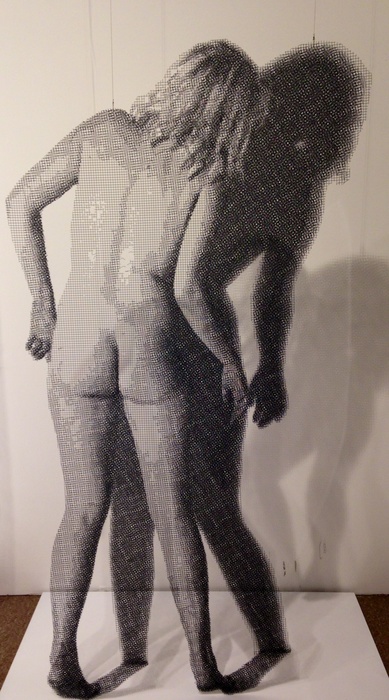 These life-sized sculptural works give their subjects a weightless effect. Sculpted from several layers of steel mesh, each layer is rotated slightly to give a sense of dimensionality and depth to the subject matter. The industrial quality of the medium is balanced gracefully with its corporeal volume and the almost skin-like texture of an otherwise violent or aggressive material. Suspended from atop, the work commands a dominating presence in physical space. 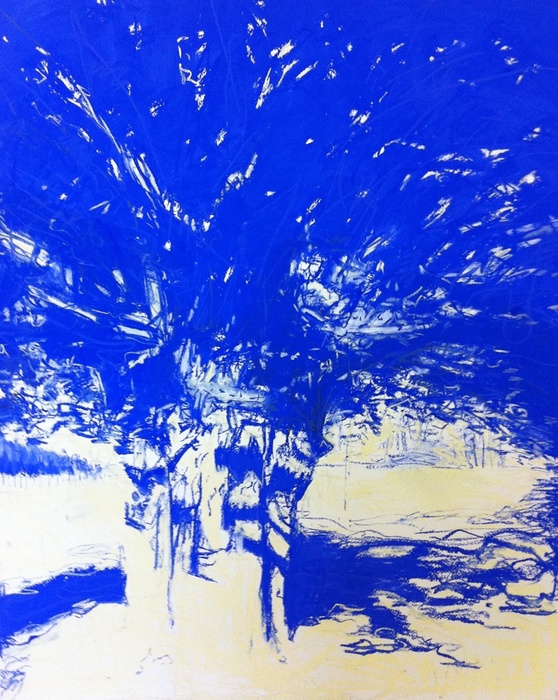 Carla Groppi’s work is an homage to art history with a contemporary twist. Attracted to cool colors, the artist often works in blue hues recreating scenes from French daguerreotypes that highlighted scenes of urbanism and modernity. The artist reduces the original image to its most basic lines and forms, capturing the freneticism of the city without the literal narrative. Her drawings often mimic the piece from the past, synthetically replicating a print, all the while being done by hand. With painstaking attention to detail, Groppi’s work communicates the ideals of art history with a modern vernacular. 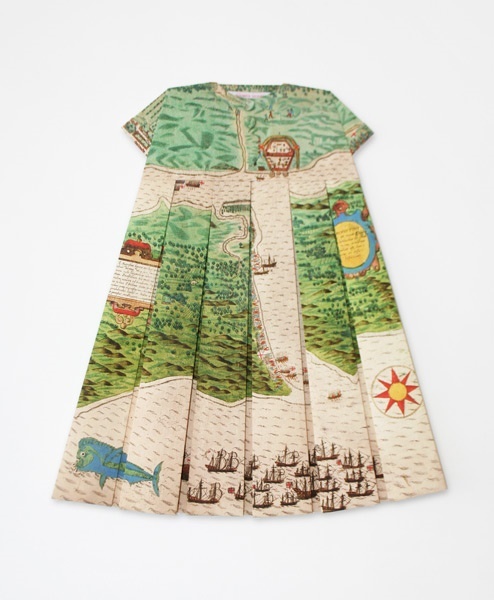 These clever little constructions of history catalog the history of fashion, commerce, and imperialism in a quaint and sweet motif. Folded to perfection, this series of “geographic clothing” captures the domesticity of capitalism and the results it has on culture. Combining the meticulous fabrication of a French fashion designer and the research of a seasoned historian, Lecourt’s work contains a history of modern civilization wrapped into a neat little bow (literally). 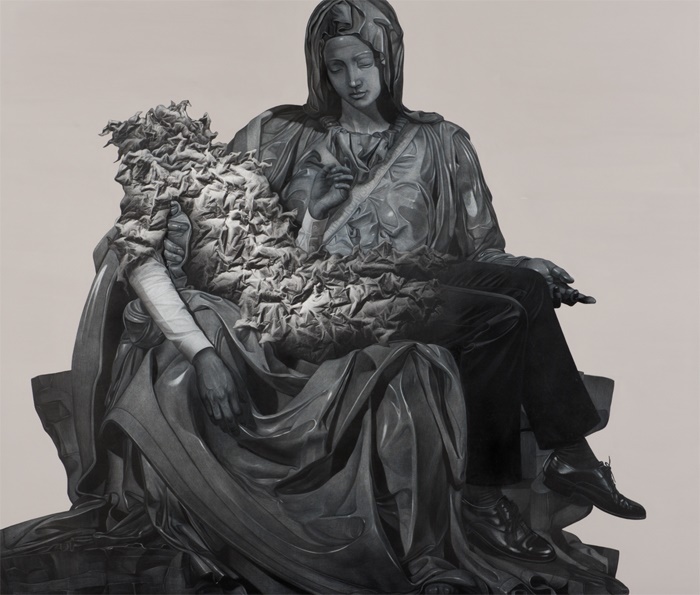 This Michelangelo rendition is the finest of Choo’s charcoal-colored creations. Constructed painstakingly from colored pencils and sized to monumental scale, this series is an example of human diligence. An homage to the master himself, Choo influences form with the finest etch of a pencil, with a touch as delicate as Michelangelo’s must have been when striking the edge of his chisel. Like sand slipping through a loosely formed palm, each figure begins to dissolve into origami-like forms, breaking down the modern human psyche into a million disparate pieces of crumpled refuse. Choo's figures are both human and metaphor simultaneously.