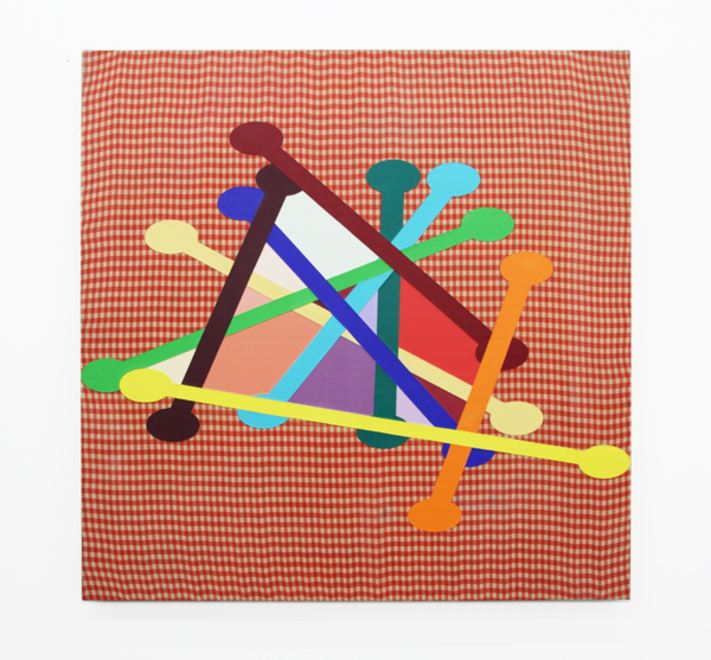 Last year’s solo show of the work of Zhao Yao, his first with Beijing Commune, left me with a less than positive feeling. To then have that (rather strong) feeling overturned by this new presentation of what is ostensibly the same work is surprising.

The development of Zhao’s two solo shows with Beijing Commune are important starting points for an analysis of this change of heart. In 2011 Zhao’s first solo show, entitled I Am Your Night, collected together a set of works that I disliked for being overly derivative of current stylistic clichés in internationalised contemporary art. Their aggressive shapes, mannerist constructions, and vibrant colours all seemed to smack of a style seen too often elsewhere in the world and possibly revealing a symptom of a globalisation of artworks. One nice touch however were the strings of the Chinese character 啊 (an “ah” of various kinds of interjection) in long, pulsing lines around the room, following the walls and floors to provide a physical thread holding the other objects together.

The current show is pitched as a continuation and manipulated repeat of I Am Your Night, demonstrated by its opening on the same date, and using many of the same works (several borrowed back from collectors for this purpose), in much the same arrangements, or adjusting the originals in scale or material to create new versions of the objects. The title of this show, You can’t see me, you can’t see me, is obscure, but perhaps mirrors this aspect of repetition. 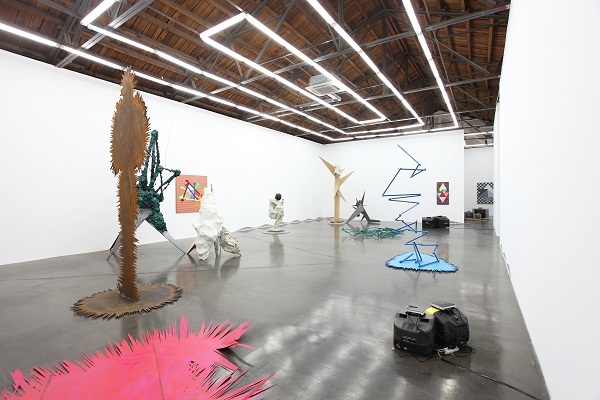 Zhao Yao,You Can't See Me You Cant See Me Exhibition View; Courtesy of the artist and Beijing Commune

One might think that this second show would only reinforce my original opinions – but while I still do not like the forms of the objects, my understanding of the show and consequently my overall feeling has been transformed. This time I left the show with a sense of déjà vu, an incomplete feeling that opened up further possibilities for an appreciation of the works.

This aspect of repetition means the objects are no longer privileged, moving to a focus on the show itself and its place within the ecosystem of art in which it exists and in which it has been made possible. The artist’s decision to pursue this activity, as opposed to the production of “new” objects, seems to go against a general assumption of progress. The role of the gallery in allowing this to happen is also interesting, where this repetition of old work may be seen to reduce their commercial possibilities, as well as the extra work involved in sourcing the original works from their current locations.

But of course this show is not really a repetition, for at least two reasons. Firstly, as I mentioned, the installation is almost but not quite the same as before, which strengthens the sense of déjà vu and the effect of the uncanny we see here. The objects are similar but change colour, size or material. There are additions and removals this time around. And even if there was an exact repetition of the objects and positions, the context has changed, dependent as it is on the aspect of time. Repetition inevitably includes within itself the fact that it is never the same: time provides the presence of a first, and subsequent iterations. The first alters our perception of the second by its ghost presence, and vice versa.

It is perhaps possible to set the installation up as simply a trick or distraction; it cannot be taken too “literally.” The objects become place-holders for a “contemporary art show.” Even though the objects are complex enough to efficiently play the game of the globalized art show, to pay too much attention to them, or to accord them too much importance would be to miss the point. So this follows the traditions of conceptual art, privileging the idea over the physical form, but in this case maintaining the concept's relation to appearance.

In a rare case of self-awareness on the part of the artist and gallery, this show does exactly what it says in the press release: “Zhao’s current show practically fulfils re-consumption of [the] last exhibit, and simultaneously opens the door of concept.” – a common enough technique but not usually done with such panache. 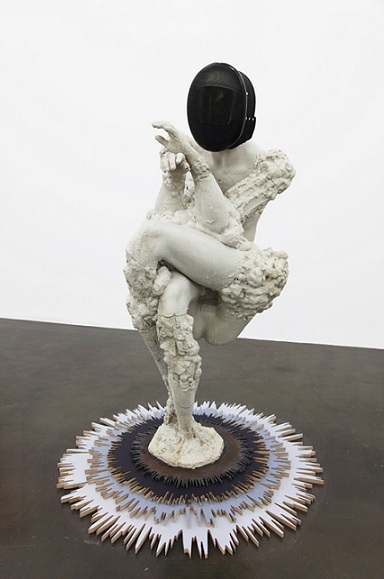 Indeed Zhao’s linked shows also do what they said in the press release for the original show: “Taking the viewers’ response as part of his strategy, the artist explores into the forming and communicating of a concept in a seemingly ridiculous way.” Whether one likes it or not, this show forces a confrontation with that feeling and it forces a questioning of the apparatus of the show that has allowed it to happen. By flirting with repetition, the show recasts our understanding of the objects, the artist’s work, and the gallery’s role, leading to larger investigations about the systems of art. This show demonstrates a touch of bravery and commitment by the artist, and I see this as what will hopefully be an enormously productive discussion, but one that must carry on outside of the show itself, amongst its audience.