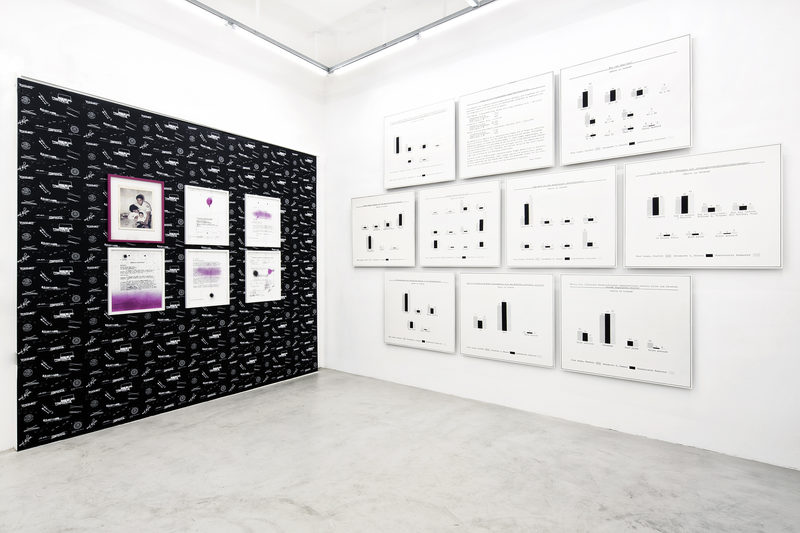 Artists Chart Evidence of the Inhuman, and the Inhumanity of Evidence

The group exhibition Evidentiary Realism identifies an ongoing trend in contemporary art, as well as in broader cultural circles, that takes up “evidence” as a material or animating subject matter. Characteristic works deal with social structures that exist to perpetuate crime or to hinder it, to represent or claim authority over certain groups through data or data representations. The exhibition is complimented by a website that includes more than a dozen texts and a handful of artworks not in the Berlin show (Evidentiary Realism was shown in New York earlier this year).

In its programmatic essay, curator Paolo Cirio coins “Evidentiary Realism” not as a style or a genre, but rather a certain impulse or tendency that rejects poststructural aesthetics in favor of “the real,” of forensic, documentary, and investigative aesthetics. “Reality today,” he writes, “can only be fully apprehended by pointing at evidence from the language, programs, infrastructures, relations, data, and technology that power structures control, manipulate, and hide.”

Cirio says that this tendency “pushes the boundaries of what can be seen beyond sight,” building on the tradition of historical realisms, where artworks become “advanced learning tools” for the development of social knowledge and inquiry. More than descriptive graphs or visualizations, such works fundamentally question the overall use of sophisticated tools for data visualization (think of Facebook’s Big Data-driven “social graph” as a totality of technologically-mediated social relations). It’s less about how we look at data, and more about how our data look at us. 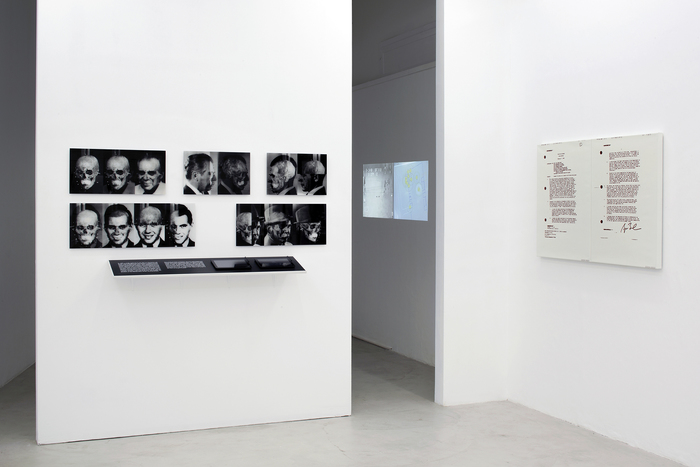 Works range from Hans Haacke’s Comparison of 3 Art Exhibition Visitors’ Profiles (1972–76), by far the most senior work in the exhibition, to Thomas Keenan and Eyal Weizman’s Mengele’s Skull (2012), and the exhibition’s youngest work, My Father’s FBI File, Project 4 (2017) by Sadie Barnette. Each work interrogates its own evidence-based aesthetic regime (e.g., statistics, forensics, or classified documents) with its own authorial approach (e.g., ironic, scientific, or autobiographical). While all the works stand on their own, the red thread Cirio sews becomes more apparent in the constellation.

Ingrid Burrington’s lenticular print Monck’s Corner, part of her series Reconnaissance (2015), combines two satellite images of Google’s data center site in Monck’s Corner, South Carolina, one image taken before and one after construction. The technique, which allows two images to be overlaid onto one surface, each visible with the viewer’s change of perspective, enhances the hallucinatory nature of images taken from the perspective of outer space, now commonplace but only half a century ago utterly alien to humans. 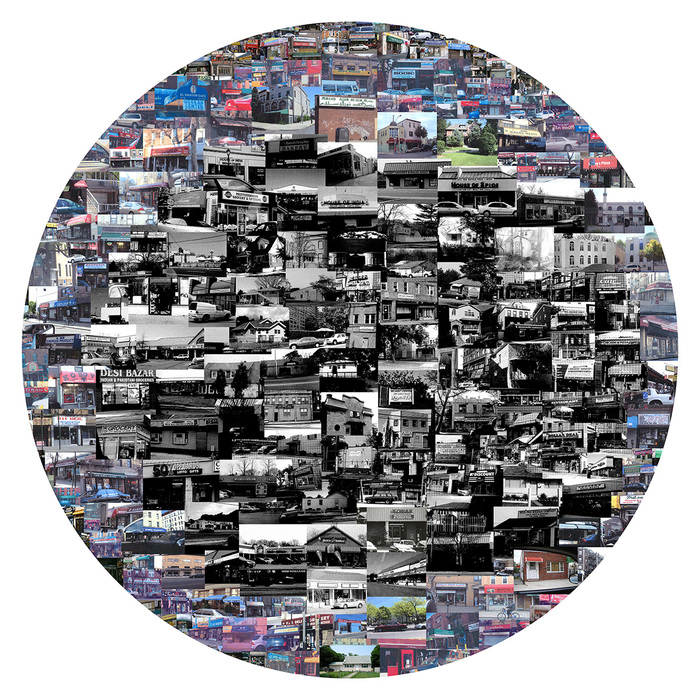 Josh Begley’s c-print Information of Note (2014) compiles images never meant for public observation into a Gestalt perhaps reminiscent of silicon wafers. The images were pulled from a database created by the NYPD Demographics Unit, which was tasked with profiling Muslim-owned or affiliated places of business, gathering, and worship. In the original database and in the artwork, the data-images themselves are banal. However, with a machine learning algorithm they could be employed as raw material to create biased profiles for predictive policing. These examples, together with works by James Bridle, Harun Farocki, Navine G. Khan-Dossos, Khaled Hafez, Jenny Holzer, Mark Lombardi, and Kirsten Stolle, comingle to form a human-readable portrait of social structures and technical systems beyond the scope of everyday life, beyond the purveyance of any one individual.

Critique of Evidentiary Realism could arise from a thoughtful consideration the curator’s hypothesis before regarding the exhibition as a proof of concept, successful or otherwise. Yet such a reasoned approach would affirm implicit assumptions about the humanist social structures upon which contemporary art rests. While dealt with on some level in Haacke’s work from the 70s, the exhibition might benefit from a deeper and more generalized reflexivity toward contemporary art as a humanist social construct. Beyond considerations of aesthetics and affect indebted to humanism, the question is whether or not the material conditions that brought about the emergence of contemporary art still exist (or ever existed in a generalized way). 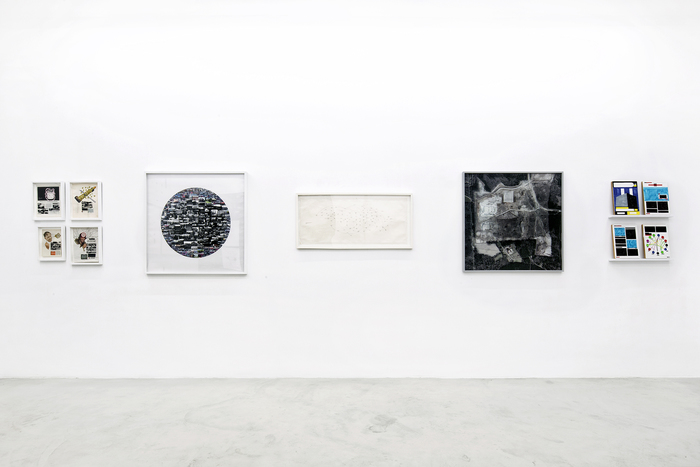 Installation view of Evidentiary Realism at NOME Gallery, Berlin. Courtesy of the artists and NOME

To what extent are the material conditions of any society transformed by artistic research? To what extent are human utterances recognized as necessarily important, valid, or unique under the capitalist mode of production? Cirio’s assertion that Evidentiary Realism makes visible the invisible, sensible the insensible, may be valid for a particular subset of humans. But rather than appealing to some prefigure of the human through narrative, would a more radical form of Evidentiary Realism appeal instead to the irresolvable complexity of the inhuman it inquires?