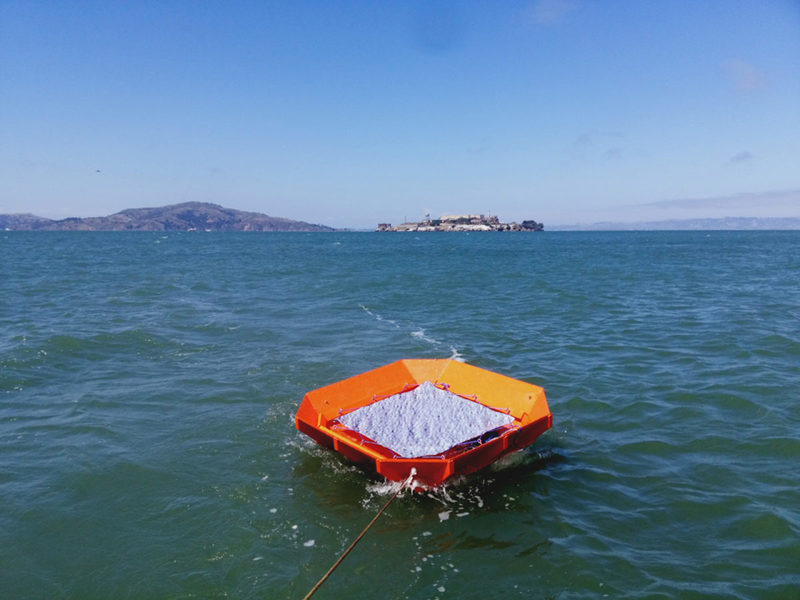 This is 5 Questions. Each week, we send five questions to an artist featured in Under the Radar, our weekly email highlighting the best art on the ArtSlant network. This week we seek answers from Christopher Squier.

What are you trying to communicate with your work?

I create darkly humorous cultural artifacts, reflecting on contemporary infrastructures and how dislocation and wreckage are embedded within modern political geographies.

What is an artist’s responsibility?

Artists have the opportunity to work outside of the velocity and hyperactivity of other industries, and therefore to focus on unusual—and sometimes even trivial—topics, to find ways to connect them to larger conversations. I think this ability to focus beyond buzzwords gives artists a unique and important perspective on what’s happening, to pay attention to recurring ideas or events that might otherwise go unnoticed.

Show us the greatest thing you ever made (art or not)?

After I graduated, I got to work on an exhibition that reinterpreted the chance-based compositions of John Cage in the context of pre-Columbian artifacts. In the exhibition, the gallery’s floor was painted orange and covered with all sorts of objects: industrial ropes, metal poles, ancient ceramic reproductions, large-scale concrete forms, and vitrines of archival documents.

It was one of the most artistic and curatorially-creative experiences I’ve taken part in. I learned a lot about letting go of control over the artistic process and thinking broadly across disciplines that at first may not seem related. 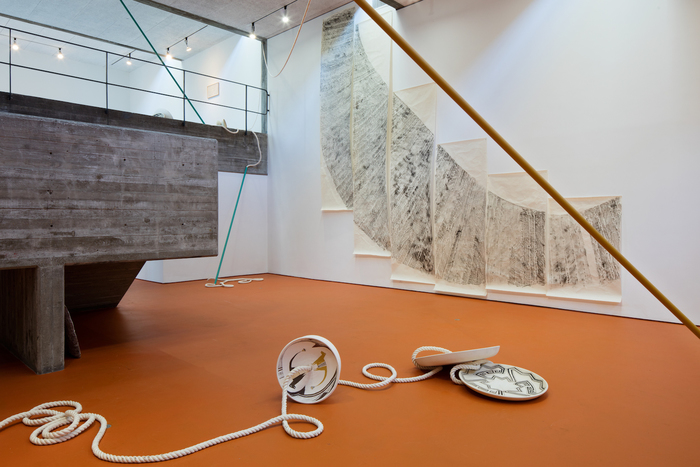 Tell us about a work you want to make but never will.

How do you describe something that will never exist? Maybe the closest thing right now is a fictional entity I’m creating called the Bureau of Longitudes, which is inspired by a similar agency in 19th-century France.

My bureau will serve as a visual and written archive for accounts of place, organized by the longitude of each piece’s topic. What I like about the idea is how incredibly limiting it is. The Bureau’s idea of place is absurd in that it only exists on an east-to-west axis, with no latitude points. It ceases to make sense as it approaches the North and South poles.

I guess I’d say the work I’ll never make would be this Bureau in its formalized iteration—as a legal, bureaucratic organization. I think it would be hilarious to have hundreds of employees tapping away at a concept that is constantly changing and is so difficult to pin down.

Who are three artists we should know but probably don’t?

I’ve been inspired recently by Alberto Baraya’s project Herbario de Plantas Artificiales on Naturalism and artificiality, in which he parodies the field of 20th-century botany by cataloguing and preserving artificial plants stolen from restaurants, offices, and friends’ homes.

An artist I met on a residency last year, Shanta Rao, has created a fascinating series of artwork (and collaborations) based on Flatland by Edwin Abbott Abbott, a mathematical, science fiction novel which uses geometry to parody socially-conservative ideas of class, gender, and general closed-mindedness.

ArtSlant is an open Arts community with over 200,000 free, user-generated artist profiles. The support of our community is an essential part of our mission—from our magazine to our residency and prize. Follow your favorite artists to see new work and exhibitions by adding them to your watchlist.

Posted by The Artslant Team on 9/11/17
Tags: 5 Questions Under the Radar, sculpture, installation, digital
RELATED ARTICLES