Miyö Van Stenis is a Venezuelan new media artist currently based in France. Her work explores of the ubiquity and influence of technology, often seen through a strong socio-political lens. An interest in political themes, frequently related to her home country, gives her work an uncommon and vital weight in the world of new media art. In turn, by presenting these themes through digital and web-based interfaces her work has a unique relatability that other mediums might struggle to achieve.

Van Stenis’ work is included in two shows at Satellite art fair during Art Basel Miami Beach this week: The Digital Museum of Digital Art (DiMoDa)’s exhibition, Tour, and Morphé Presence, presented in the lounge of the Parisian Hotel in South Beach.

I asked her about her thoughts on Miami and art fairs as promoters of new media art and what it was like curating the first purely new media art exhibition in Venezuela.

Christian Petersen: You are from Caracas but you live in Paris. Why did you move there?

Miyö Van Stenis: I moved for political reasons in 2014, when things in Venezuela started to get very difficult after Hugo Chavez’s death. I had to ask myself if I wanted to have a future and be free or be complacent in front of a totalitarian government. I decided to turn my work into a witness of what is happening back home and be free, no matter the price of becoming a refugee.

CP: What was your first experience of using a computer?

MVS: I’ve had a computer since I was six years old so I’m very familiar and comfortable with technology. Ever since I can remember my family were very into computers, video games, internet, etc. So we always have this natural and weird connection with technology—it's a family bond.

CP: When did it first occur to you that you could make art using a computer? Were there any specific artists or artworks that inspired you?

MVS: I guess that all started in the first year of college. I knew from the beginning that I was only going to be good enough with digital art so I choose that without knowing what I was going to do. It was mostly because I didn’t, and still don’t, feel a sense of being capable of creating with other type of tools. Creation depends a lot on what you find comfortable enough to let your feelings express themselves.

I was 17 years old when a friend show me the ASCII works of Vuk Cosic as a joke—it was an interpretation of the film Deep Throat, but that work blew my mind. After, I found Jodi and Alexei Shulgin and everything started to make sense, I realized that it was the right path.

CP: When did you first hear the phrase “new media art,” and what does that phrase mean to you?

MVS: The first time that I read/heard that phrase/discipline was studying Lev Manovich and José Luis Brea. But for me, new media art is just a discipline related with types of technology, like painting and photography [are disciplines]. It doesn’t give me any specific direction when I’m working.

CP: What was the first new media art you made?

MVS: My first Net.Art work was m_m from 2009 which used Flash. I still love it, mostly because everything there happened as an accident and still works well. At that time I knew how to code, but I didn’t know what I was going with do or that I was going to get hooked on Net.Art.

CP: Why are you so inspired so deeply by the digital world and the internet?

MVS: I found in new media art and internet, as a medium, total freedom to develop projects sometimes with less complications, less mediators. Internet is not regulated by institutions or a specific, necessary public so there’s a large spectrum to play with. Everything can inspire me: nature, politics, a book... it depends on my daily experience.

CP: What’s the new media scene like in France? Are there any specific people or galleries that are supporting the movement?

MVS: You should check David Pole, with his Databitme Festival at Arles, in the south of France and Dominique Moulont, with the Variation Paris Media Art Fair in Paris.

CP: You are also a curator, what was the first show you curated and what was your favorite show that you curated?

MVS: The first exhibition I curated was in 2010, called Lado B (Side B). It was an invitation from the Venezuelan artist and dear friend Jorge Mitzuro da Silva. We had the chance to use the space of the principal library in one of the most important universities of our country, Simón Bolívar University, which specialized in engineering and sciences.

My favorite curatorial exhibition will be always DOB: The Revolt in 2011. It was the first pure new media art exhibition in Venezuela. I took a big risk of showing an art movement that not even my teachers at my Alma Mater understood. I selected Glitch artist such as Rosa Menkman, Bill Miller, Nicolas Maigret, and more. I pushed the young generation of Venezuelan artists, to show a type of art that didn’t have any space in our museums or in the art scene. I searched like crazy for the people that were doing Net art, Sound art, etc. It was pure digital—no objects in the room—and even the catalog was made on Pure Data. Nobody believed in or understood what I was doing or why I was doing it. A lot people just closed the door on my nose and told me that it wasn’t art.

I did it because I was feeling frustrated that there wasn’t a space for us and I’m glad I did it. After that show, my generation of artists started creating spaces instead of waiting for an opportunity.

CP: What are the particular challenges of being a new media curator compared to a “traditional” curator?

MVS: I believe it's the same passion: in both you have to be very creative, think about the space and presentation of each specific project, and of course have a critical eye! You have to be sure of the selection of artist/work involved.

CP: How did you become involved in SPAMM and The Wrong – New Digital Art Biennale?

MVS: Thanks to the internet. I got in contact with Michaël Borras (aka Systaime) and David Quiles Guiro online, and after a while chatting, we started working together. I believe these projects are important because they give validation like institutions (museums, galleries, etc). It's not less or more important because they’re based on internet, but it's evident that for new media artists these alternative spaces need to grow and have budgets to pay artists. Working as a public or private institution will do that.

CP: Tell us a little about the show you are part of in Miami.

MVS: The show in Miami is part of DiMoDa’s exhibition Tour. The second exhibition, Morphé Presence is on view at Sstellite’s main lobby lounge. The project will have upcoming installations in Geneva, New York, Basel, Paris, and the RISD Museum in Rhode Island. I’m involved thanks to the invitation of Helena Acosta, one of the curators of Morphé Presence. I have never participated in Miami Art Week before—normally I’m not a “fairs” or “galleries” artist. I’m not yet involved in those types of institutions, but I guess all types of exposures are positive. 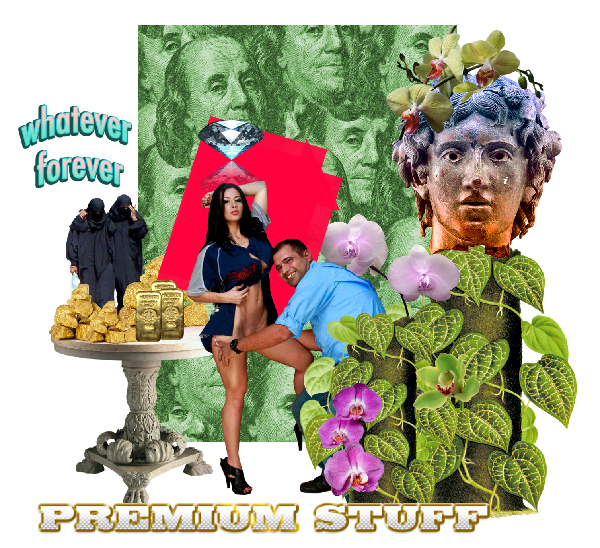 MVS: There’s still a long way to go so that new media art shares the same status as the more traditional disciplines, especially with the commercialization of the art work.

When Helena Acosta and I proposed to present Beautiful Interfaces: the privacy paradox as a private network with potential to sell, we were asking ourselves how we can commercialize art in a format that is part of that new media art culture. So the idea of presenting each artist in a hacked router or private network was to bet on the commercialization of new media art. Being involved in Art Basel, Satellite, or any type of fair, introduces the artist to the market, makes it accessible to collectors. I don’t believe that this type of exposure necessarily has a great impact in the discipline, per se, or in the artist’s work. 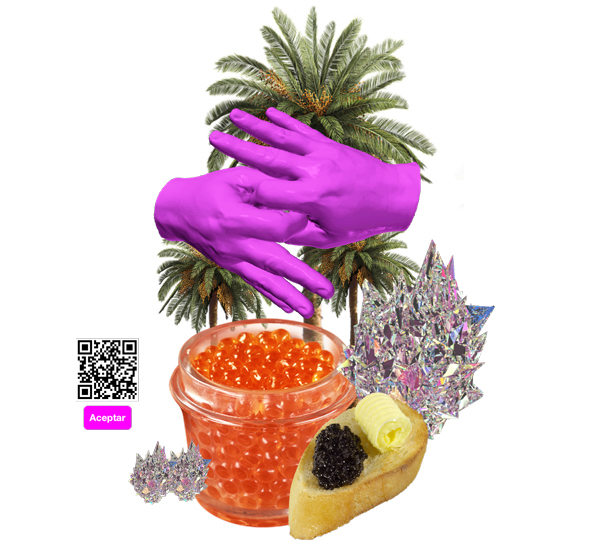 CP: As you note, it’s notoriously hard for new media artist to earn money from their work—so, do you think that’s changing?

MVS: It’s hard in new media art to make money mostly because there aren’t collectors—or at least like they exist in other disciplines—which allows a flow of money from prizes, residencies, or institutions. However, I know for sure that the Y- Generation or “Millennials” are our collectors so we’ve got to figure it out what the system of consumption will be for this generation that promotes this purpose. Shows like the Miami fairs can definitely help, but only directly to a singular artists, not to a whole movement.

CP: New media has been embraced by a new generation of feminist artists. Why do you think that is?

MVS: Art is the hyperbolic reflex of societies and tells the history that will be preserved and admired in future generations. If the feminist movement has been embraced by contemporary artists, it's because in our globalized and post-internet society, women have awakened to demand a more equitable distribution of the future. For me, this is something inspiring and important, since I myself have been the object of minimization and contempt throughout my career. 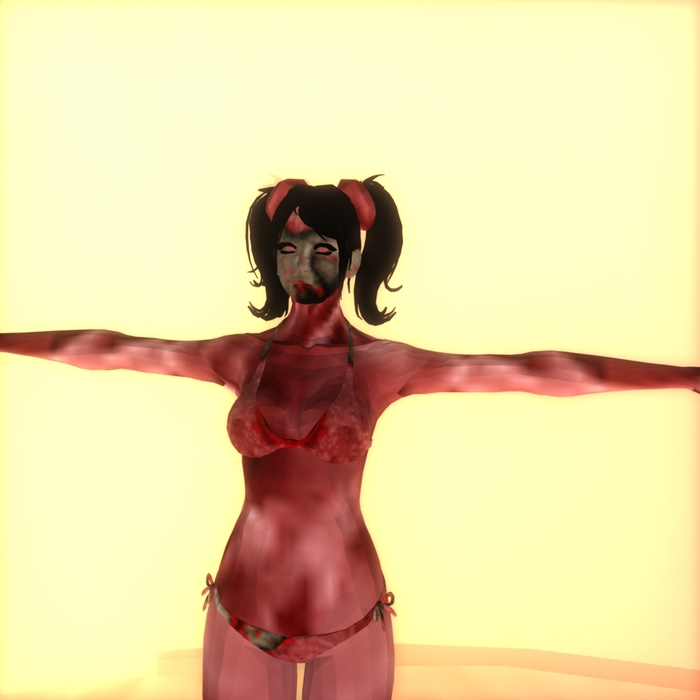 CP: How do you think new media artists will react to the changing world, like the rise of the far Right in America and France?

MVS: It’s scary to see the rise of these old ideologies. I believed that we were finally in a time that will preach inclusion to all genders, religions, and postures. It seems that this may not happen for many years or until future generations.

It is intriguing, however, how empires are destroyed at the cusp of their kingdoms. I’m not shocked that North America or France decided to have extreme right candidates. It’s the way in which politics develops; we need a dialectic of conventions and meetings. However I am shocked that those candidates expressed themselves with hatred and exclusion, when long ago we overcame the notion that racism and segregation is something positive for a nation.

CP: What else do you have coming up?