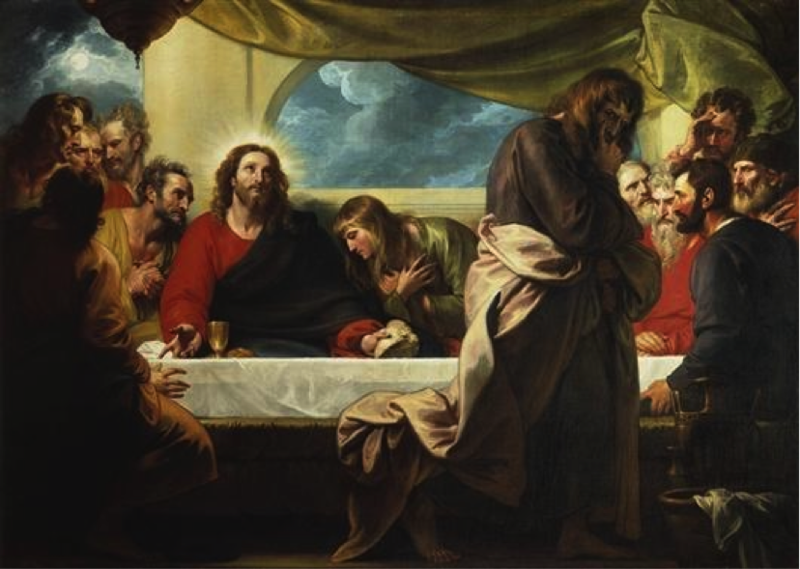 Over the coming two months, in partnership with ARTS.BLACK, ArtSlant will be publishing a series of essays on security, guards, labor, and privilege in museum spaces.

Originally, we conceived of this project as a digital “round table” between security guards, artists, arts workers, and those with general interests in arts and culture, considering the theme of security workers à la Fred Wilson’s Guarded View. We quickly realized two things: a) this idea was not new, and b) this idea was politically loaded. As art workers, writers, and people who pay close attention to practices of equity in the field, we are hyper-sensitive to practices of voyeurism and exploitation. The last thing we wanted was for this editorial project to mirror that which we most detested. Indeed, to think broadly about issues of security within cultural institutions means we must think critically about issues of labor, hierarchy, race, and class. And so, as we fleshed out our ideas with ArtSlant Editors Andrea Alessi and Joel Kuennen, what became clear to us was that the conversation we wanted to have, or rather, the questions we wanted to address were about security and security workers in art spaces, yes, but this also was an opportunity to examine collective ideas around knowledge, privilege, and the very notions of what it means to be a cultural worker.

Our five writers address these themes in different yet poignant ways. And we hope that these essays will offer space for your own reflections on such circumstances as they manifest themselves in sites of cultural production and display.

Security: not only the protection from harm, but one’s inherent resistance to it. I studied Aikido, a defensive art, for years, and my sensai offered the concept that the best practitioners of Aikido would thwart conflict before it arises, through love and redirection.

Emotional security: a psychological state that deals not so much in the reality of one’s own vulnerability, but the perception thereof. Emotionally secure people are less likely to be troubled by circumstance, more confident, more stable. Emotionally insecure people are apt to view the world as threatening and most human beings as dangerous.

The longest romantic relationship I’ve ever maintained was 2.5 years, and it is in the process of ending. The person who seemed at first to be such a treasure has become not less loved, per se, but less special. Time with him is not the elevated experience it once was; we are enmeshed in mundane concerns.

To provide security implies threat. One guard said the biggest threat to the Detroit Institute of Arts collection was not theft, but vandalism. After all, he said, there had never been an attempted art theft at the DIA.

I think, unless you count the bankruptcy proceedings, which tried to take it all.

It has been said that familiarity breeds contempt. While I cherish my visits to the DIA, even those made in a professional capacity—such as the evidence-gathering mission for this article—it is still a casual relationship. Occasional, intense visits. Long conversations. It still contains surprises—like the secret staircase outside Kresge Courtyard that connects to a gallery of Medieval art. There is still a feeling of much to discover.

However, the security beat is a 9-to-5 engagement with the museum. You have to be there, no matter what the day brings, and not just on autopilot—because you simply can’t anticipate problems and thwart them through redirection if you’re not paying attention. How do museum security guards keep things fresh?

When I asked a security guard posted at the DIA’s little-trafficked Woodward entrance for relationship advice, he said: “Take your time and do some research.”

He has been in a relationship with the DIA for about two years.

I cherish the time that I can set aside to visit the museum—even as the consumption of art and consideration of art spaces becomes an increasingly professional obligation for me. The DIA is so polished, so clean, so orderly. Maybe some people feel constrained by the quiet, the rules, the assignment of deep importance to objects that can be frankly incomprehensible, at times—but not me. I am in love with art spaces. I cultivate a deeper relationship with them, returning again and again.

In this respect, I am not entirely enchanted with newness. I revisit my favorite pieces in the DIA’s permanent collection every time I come to the museum. 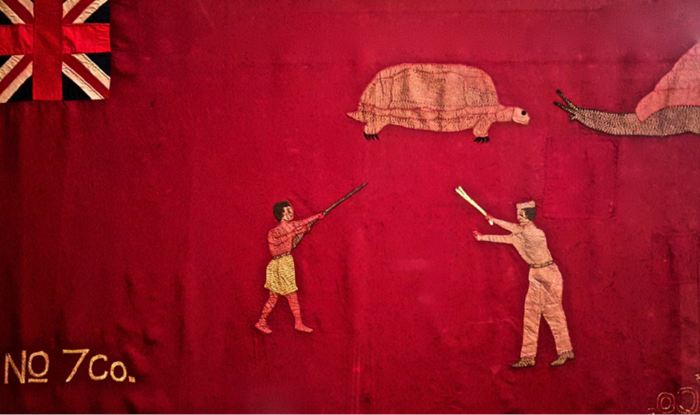 The Fante Asafo flag changed recently, from one that has been on display for a long time, to a new one. The new image features a turtle and snail, a man with a rifle, and what might be a guard of some kind. Exhibition materials translate this image as invoking the Ghanain expression, “If the tortoise and the snail were the only animals in the forest, the hunter would not need a gun,” or put another way, “Drastic times call for drastic measures.”

The Last Supper fascinates me, because although the brightest point of light is the halo surrounding Christ at the table, Judas’s shadowy visage and red eyes in the foreground steal the true focus. The idea of perfect people is alluring, but I find myself more interested in the ones that are conflicted, maybe evil. I once stood in front of it for so long that the security guard observing the room approached me and said, “It’s creepy, isn’t it? I hate to stand in here and have to look at it.” 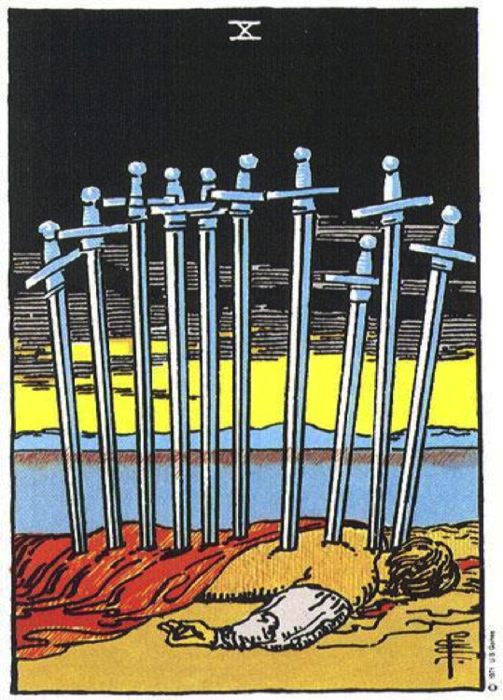 MAD ELGA II is also one of my partner’s favorite pieces in the museum. It is something we have in common. A nautilus of numbered squares coil throughout the canvas, with imagery reminiscent of Mexican loteria. I find myself attracted to its imagery as I am attracted to, and endlessly purchasing, different tarot decks. Once, in a fit of existential angst over the state of my relationship, I asked my partner to draw a card from a newly-purchased Rider-Waite tarot deck. He drew the Ten of Swords—a man laying facedown, stabbed in the back. Ten swords bristle like crosses from his back.

He is betrayed. I am the Judas. 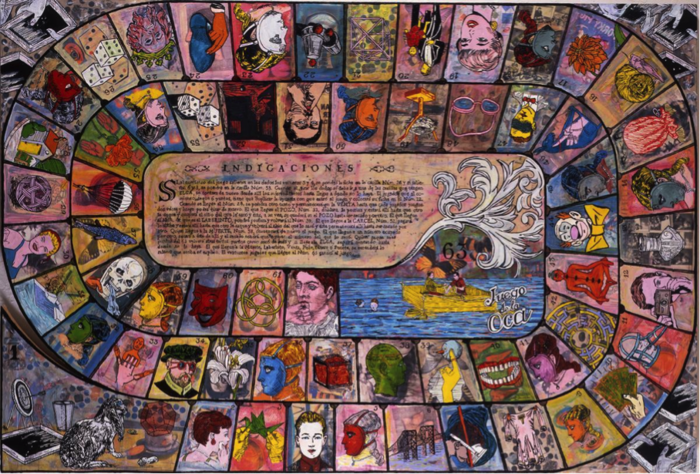 What, I never thought to ask, are we protecting?

Sarah Rose Sharp is a Detroit-based creative generalist, activist, and writer of arts criticism and philosophy.

The Trappings of a Museum Guard Grind
7/5/16

No Photos Please: Finding Respect and Value in Museum Communities
6/17/16

Transitioning Through a Love Affair Zackary Drucker, Rhys Ernst
10/21/14
COMMENTS (0)
ArtSlant has shutdown. The website is currently running in a view-only mode to allow archiving of the content.