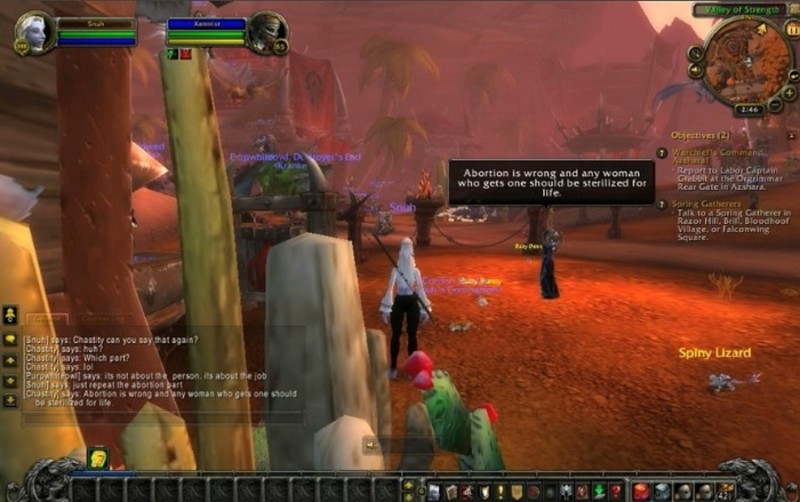 Angela Washko: Talking Feminism in the Spaces Most Hostile to It

We have discussed the rapidly growing intersection between new media art and feminism with a number of artists in previous columns. This week we take a deeper look at that phenomenon in an interview with artist, writer and facilitator Angela Washko who is at the forefront of the movement. She famously interviewed the notorious pick-up-artist Roosh V for her project Banged which resulted in an overload of attention for her, both positive and horribly negative. Washko’s work consistently tackles vital feminist issues in highly creative and intelligent ways. Her latest project, All The Places You'll Go (Women As Place), is a world tour through 175 postcards she’s collected. Here Washko shares some fascinating insight into the origins and development of her own practice and the role of feminism in the digital age. 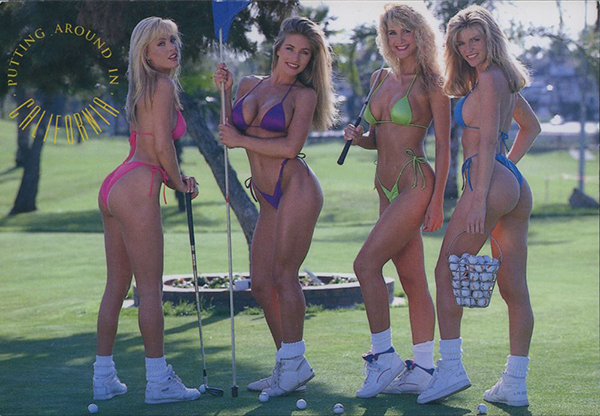 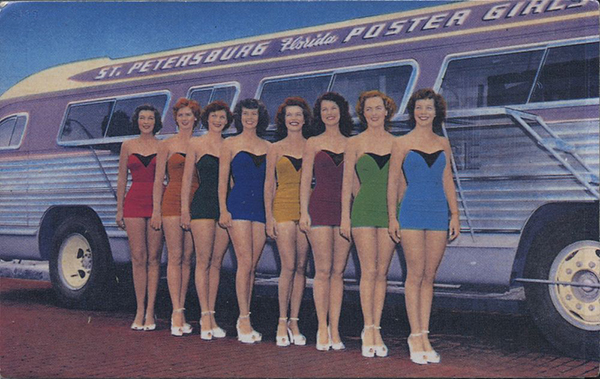 All The Places You'll Go (Women As Place), 2015, Twine game, World tour through 175 postcards. Play the game here.
All images: Courtesy of the artist

Christian Petersen: The statement on your website says you are “devoted to creating new forums for discussions of feminism in the spaces most hostile toward it.” Can you explain what that means in a bit more detail?

Angela Washko: I think one of the great things about my life on the internet is how many different communities I end up intersecting with that I wouldn’t in my physical life. I’m pretty much a part of art communities and academic communities (I teach at Carnegie Mellon University in Pittsburgh right now)…and the multi-user spaces I inhabit on the internet connect me to publics that I might not necessarily encounter otherwise. In my life in the art world and academia, in general the people I spend time with tend to be liberal and in agreement that feminism is important (and I will clarify and say that I think intersectional feminism is important—so a feminism that is also aware of the issues that disproportionately affect people of color and the LGBTQA community).

In my online life, the people I spend time with don’t necessarily share that view, and often actively harass women, racial minorities, and queer-identifying people. So a lot of my work has been devoted to finding out how the net ended up as polarized as it is around these issues.

CP: What was your first experience of internet-based/new media art?

AW: I was originally interested in artists who were looking at the internet more as a social/public context than a set of new tools or an aesthetic language. Artists/activists like The Yes Men, Paolo Pedercini/Molleindustria, The Institute for Applied Autonomy, and Ann Hirsch. I think the possibilities for performing persona on the internet were still a lot more open at the time in which Ann Hirsch was making Scandalishious and I think elements of web 1.0 anonymity that still exist in (the online game) World of Warcraft really impacted the ways in which I started to fuse performance, activism, experimental digital ethnography, and social practice in my work. I would say that most of my work also fits into an activist/interventionist/social practice lens as well as an internet art lens. I started making art online because I spent a lot of time online, and I loved how the early web allowed me to expand who I was in contact with far beyond my quite limited geographical context where I grew up (Sinking Spring, PA). 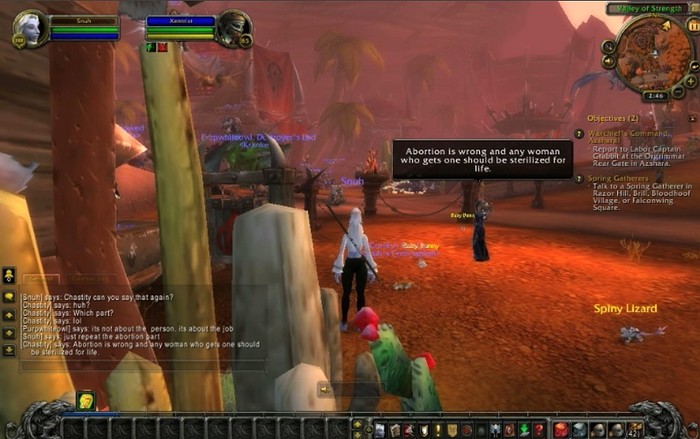 The Council on Gender Sensitivity and Behavioral Awareness in World of Warcraft. Screenshot from performances in-game.

CP: You also have a documented interest in video games. What was your experience like as a feminist in World of Warcraft?

AW: My first works of internet art were all made in World of Warcraft (which I played over the course of 10 years) and led to the founding of The Council on Gender Sensitivity and Behavioral Awareness in World of Warcraft. I was frustrated with the ways in which women were treated socially by other players in the game space. Women were frequently the source of jokes (“get into the kitchen and make me a sandwich,” etc.), thought to be inherently/naturally worse at the game than other players, and also highly sexualized—there weren’t/aren’t a lot of women who play the game, at least in comparison to men, so those who do play are subjected to a lot of fantasy projected onto them and often endure frequent sexual harassment. Over time and as I started becoming more interested in activist art outside of internet spaces…it occurred to me that I could do something about these issues in the space rather than allow them to make me want to leave the space or feel unwelcome there.

So as The Council, I started facilitating conversations about why the space had ended up this way, and not only for women but also for really any non-heteronormative white male in the space. In addition to being misogynistic, the community was often racist and homophobic. In the conversations I decided to take on the “neutral” tone of a researcher, rather than grounding the discussions in my own perspective and personal opinions. In this way I made it clear that I wanted to learn why rather than tell people why their views were wrong. And it is because of this approach that I think so many people were willing to spend quite a lot of time talking to me about these issues. The Council became a platform for players to talk about where they were coming from and allowed me to learn a lot about how the informal language became the way that it is and ultimately led to the creation of a safe space for discussing varied viewpoints as well as an intentional LGBTQA inclusive guild on the server I was most active on. 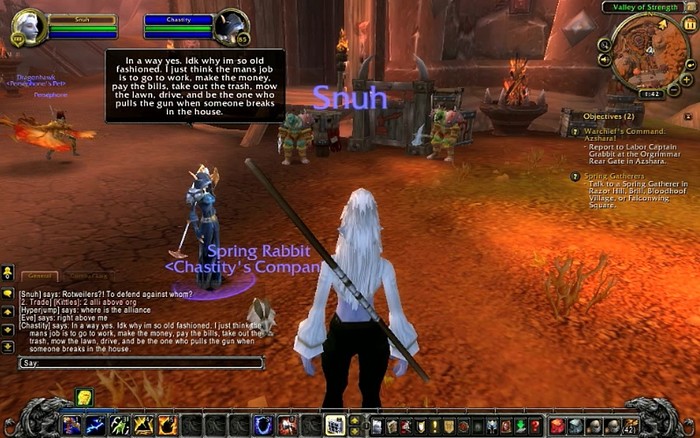 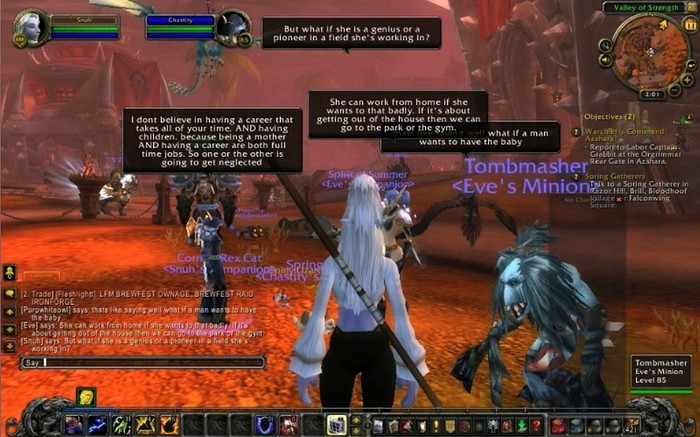 The Council on Gender Sensitivity and Behavioral Awareness in World of Warcraft. Screenshots from performances in-game.

CP: What are your thoughts on Gamergate?

AW: This project (World of Warcraft) started long before Gamergate, and for all of the press that happened around the project, you won’t find a single person who participated in it saying that it didn’t belong in the gamespace. However, once Gamergate started, if you read through the comment section on the essay I wrote for Creative Time Reports, you could have seen a lot of common Gamergate exclusionary tropes: the “you don’t know what you’re talking about/you aren’t a real gamer” trope, the “I’m going to kill and rape you” trope, the “stop taking away our space for fantasy” trope, the “stop making our things so PC” trope…among others. Creative Time has since taken down the comment sections on their site though.

I don’t have much to say about Gamergate and I don’t want to be any more of a target than I already have been. These sentiments in gaming have existed long before it became a horrible mob social movement to discredit women making alternative, non-consumer market-oriented games and game-based cultural works for alternative audiences, and to silence their valid criticisms of the existing state of the field. I’m glad to see so many people working together to create support networks for those who have been targeted (like Zoë Quinn’s Crash Override Network) and that many institutions are now making space for conversation about the violent behavior of gaming communities and the exclusionary and one-dimensional content of most mainstream games. I just hope that those institutions start really making these discussions central rather than exhibiting some of the tokenist behavior that many have so far (the “if we include talks about diversity, we don’t have to actually do anything about it” approach). 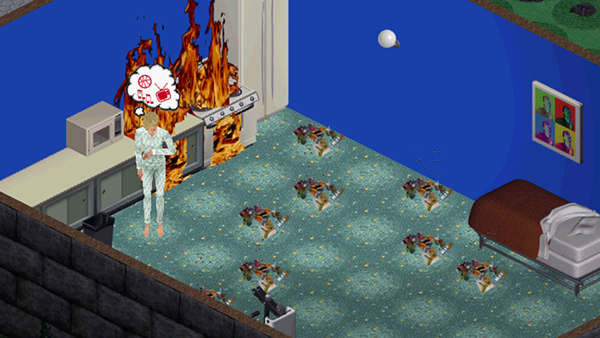 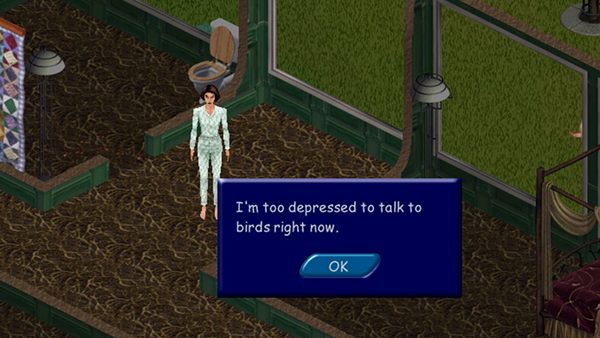 CP: Do you think the ease and casualness of misogyny on the internet has helped inspire the digital feminist community?

AW: Yes I do. A couple of years ago I wrote an essay about it. I think now as more and more young women who’ve become new media artists have really grown up on the web…many have had a shared experience—being projected on as a fantasy sex object and being considered unwelcome or inadequate in many spaces online. They also know that the digital is real—that there’s no strict dichotomy…“real” does not equal physical space and “unreal” does not equal digital space. Our online lives are our real lives and the ubiquity of mobile computing devices has really managed to fully integrate the digital into our daily lives. So I think more and more women realize how much their experiences online differ from men’s experiences…and the ways those online experiences impact their lives, it feels important and pervasive, so they want to make work about it. There’s also really strong, active “digifeminist” communities on various social media platforms and mailing-list-based groups lending support and creating discourse for this type of work online, so I think that helps too. 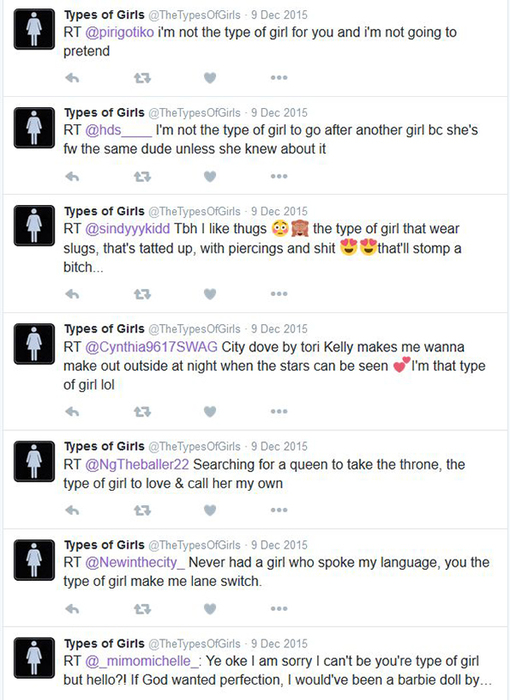 CP: Have you suffered any backlash for your work from men?

AW: Yes. I have. A lot. But almost never from the individuals I’ve actually worked with. It’s always when the work is publicized in some way. When the work gets press I think it makes it look as though I do what I do for attention or to be rewarded for being a “good guy” and that process of being commended is really what seems to trigger the violent reactions I get to my work. Everyone wants to have a platform—a megaphone to amplify one’s words, to be told that what they’re saying/doing is valid. When I get commended for my work there is often a community interested in the topics I’m working in ready to tell me that I don’t deserve it. Which also is the case with a huge number of women making work in games and online communities which question the status quo and oppression of women therein. It’s a quality of the internet that is more and more present especially as we’ve moved toward transparency on the web—opening ourselves up to being accessible public figures with home addresses, work information, phone numbers, email addresses, etc., available for anyone to see. I think once those who were harassing me were able to tell me where they could find me in physical space, I started to really want to close down my web presence and go offline.

Gif from Do Not Enter, 2016, at Panther, Room Sixteen. Full video here.

Online gallerist, founder, and curator of Digital Sweat Gallery, Christian Petersen, writes a bi-monthly column for ArtSlant. Every other Wednesday he profiles a Web Artist of the Week.

ArtSlant would like to thank Angela Washko for her assistance in making this interview possible.

Posted by Christian Petersen on 4/20/16
Tags: Wednesday web artist, new media, art and gaming, World of Warcraft, feminism, digifeminism, video-art, digital
ArtSlant has shutdown. The website is currently running in a view-only mode to allow archiving of the content.