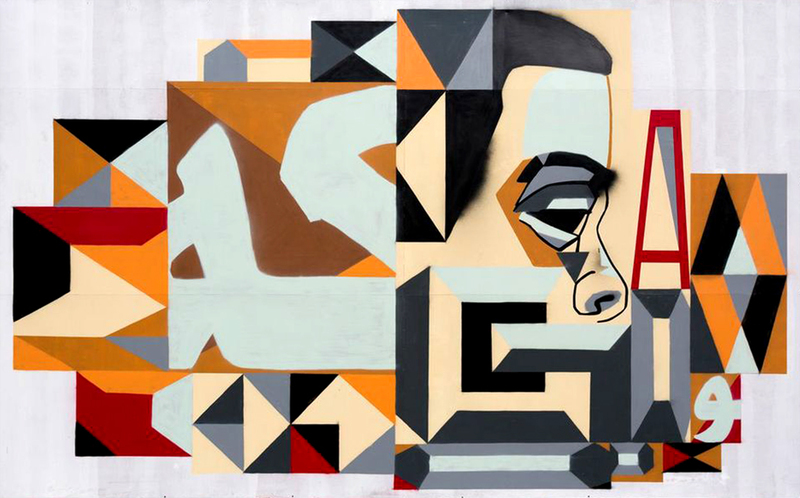 This week Art Dubai will be the first international fair to give contemporary art from the Philippines pride of place, as Ringo Bunoan (an artist, writer, researcher, and curator) curates Marker, the fair’s annual geographically-focused presentation. Under Bunoan’s direction Marker’s 100-square-meter area will concentrate on four artist-run spaces in metro Manila: 98-B, Post Gallery, Project 20, and Thousandfold. Installations by the late Roberto Chabet, widely recognized as the Philippine’s father of conceptual art, and the founder of a 1960s artist-run platform in his own right, grounds work by hot button names in a wider national narrative. Publications from artbooks.ph, the independent bookshop Bunoan co-founded in 2014 with artist Katya Guerrero add a scholarly element to the mix.

There is a cadre of Filipino street artists in Dubai (Dose, Melancholy, and the Brownmonkeys collective—all of whom are in some way associated with FN Designs). Having held shows and thrown up walls in Manila, these artists helped take perceptions of the medium in Dubai from a criminal act to a public art craze. Today around 700,000 Filipinos live in the United Arab Emirates, and this year’s Marker section will signify the first time most of them will have access to contemporary art from their own country in a high-profile commercial context in the region. 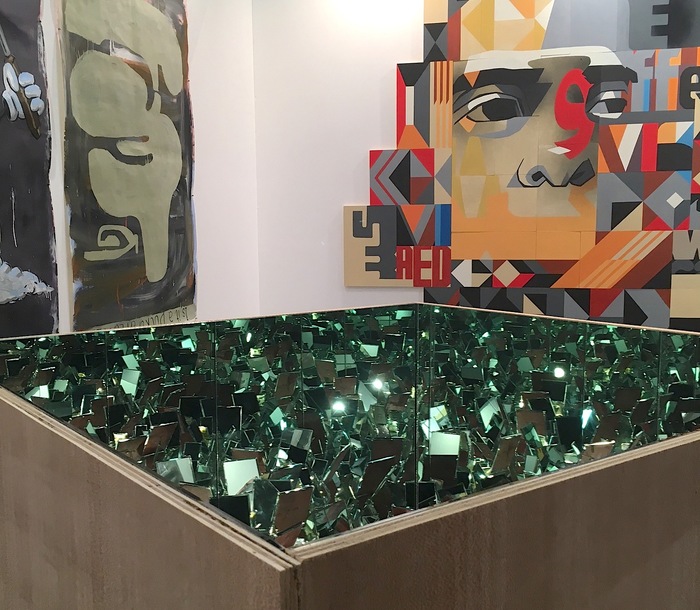 Although a portion of the population was born in the UAE, and others hold university degrees and management positions, the vast majority of Filipinos in the region are service industry workers who have come alone in search of economic opportunities to better their families’ standard of living back in the Philippines. It’s quite unlikely that the majority of the community will hear about the section or able to justify the AED 50 entry fee to visit the fair (the fee translates to about $13.60 and is hardly pocket change to someone on a modest hourly wage).

By choosing to spotlight Manila’s artist-run spaces, Art Dubai and Ringo Bunoan are not touching on social issues that are particularly relevant to a UAE Filipino population. Is this an example of self-censorship—a fear of stepping on toes by raising issues of class and labor rights within a feel-good commercial fair environment? Or is it reasonable in the first place to expect a commercial fair or a single curator to speak for an entire population—extending to its migrant workers and diaspora—in a 100-square-meter space, and to artificially stimulate a dialogue, when perhaps the strongest art available doesn’t engage with these issues at all?

Ringo Bunoan spoke with me from Manila. In this excerpt from a longer conversation, she talks stereotypes, survival as a young Manila artist, and Chabet’s lasting legacy: 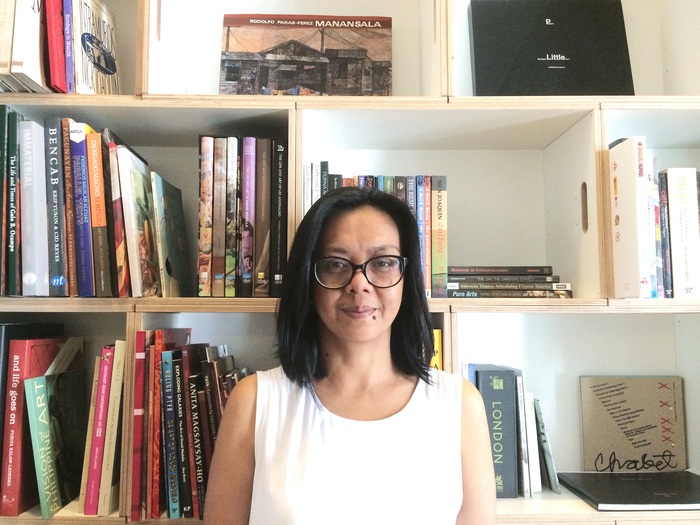 Danna Lorch: As Marker’s Curator this year, did you feel compelled to present a full introduction to art in the Philippines?

Ringo Bunoan: There is not an attempt to summarize the entire Filipino landscape. From the beginning, Antonia Carver [Director of Art Dubai] was interested in artist-run spaces. I could have done a historical show and tried to present the history of artist-run spaces from the 1930s onwards, but instead decided to focus on what is current right now in metro Manila where the art scene is centered. This is my city. I know it inside out. I ended up inviting four artist-run spaces. All of them opened within the last five years and are part of a new generation. I am from an older generation from the 90s.

DL: What is it like to be a young artist in Manila today compared to when you were coming up?

RB: Everything is different now compared to how it was 15 years ago. In the 90s the scene was kind of small. It was a you know everyone at the opening kind of thing. Now it’s a lot bigger. Before, no one collected art by young artists. They were only interested in work by very established names. Around 2004 things started changing. There was more interest in the works of younger artists—they started to appear in auctions. When I was in school, there were just a handful of us art students in class. Now, because of the art market it’s very much accepted to be a career artist. It’s possible to live off painting even as a young artist. 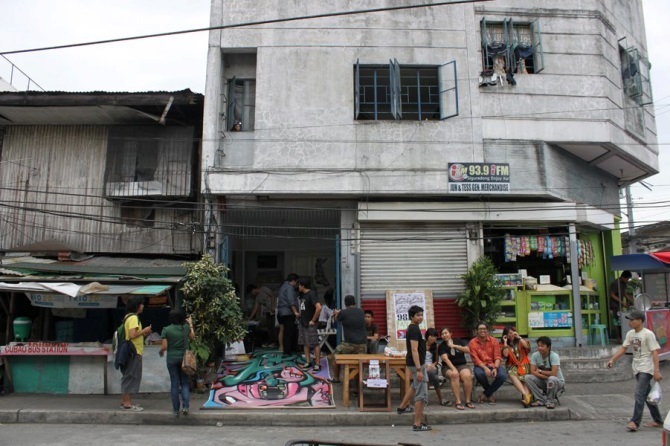 Exterior of 98B in Manila, represented at Art Dubai Marker 2016. Courtesy of 98B

RB: No. It’s not there for artists. Everything has to be built or provided from our own pockets.

DL: Hence, the popularity of artist-run spaces and platforms. Orient me to the specific spaces you invited to participate and what each brings to the overall feel of the section.

RB: The show is a mix. It’s not all young artists. I’ve included several works by the late Roberto Chabet as a tribute. There is a lot of photography because that is a medium that is becoming more and more visible here. It’s accessible and many young artists are working with it. I’m also including works that are even a bit crafty—I’ve noticed young artists working with crochet, textiles, and soft sculpture. It’s all really a reaction to painting, and particularly figurative painting which is so dominant [here]. That being said, I did include two painters—Jayson Oliveria (Post Gallery) who keeps experimenting with his materials and Mark Barretto (98-B), who is Dubai-based and brings another perspective as someone who began as a street artist. 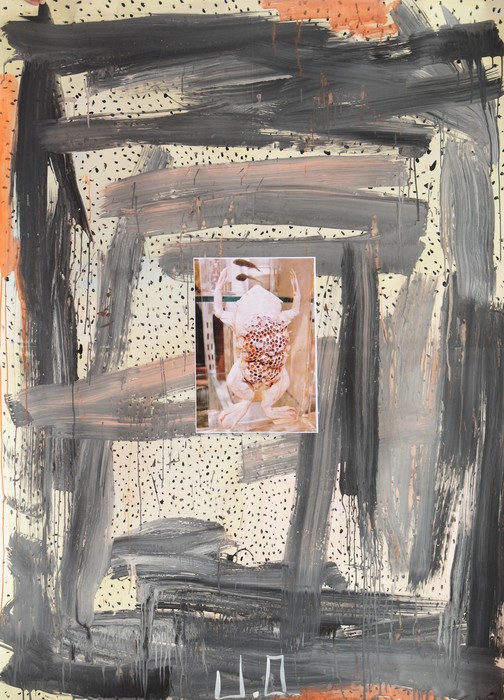 Jayson Oliveria, From A Distance Its The Mona Lisa, 2015. Courtesy of the artist and Post Gallery

DL: Why did you elect to introduce a Dubai audience to Roberto Chabet’s body of work as a starting point here?

RB: Chabet started his career in 1961, with painting just like everyone else. He was anti-monumental. He liked to use found objects or simple materials that you could buy anywhere. He was focused on installations made of plywood, a makeshift material that people in the Philippines use to construct temporary housing. As an architect by training, he knew how to look at the use of space.

Chabet’s work was quite misunderstood in the 70s, and people didn’t know what to make of it, but he persisted. He was connected to students and artist-run spaces. He taught for more than 30 years. I was his student and then he became my mentor, and in the last years of his life I was working closely with him, archiving his work. By showing Chabet, I wanted to make a link and stress that the artist-run space culture is not a new phenomenon in Manila. It has been developing for quite some time. 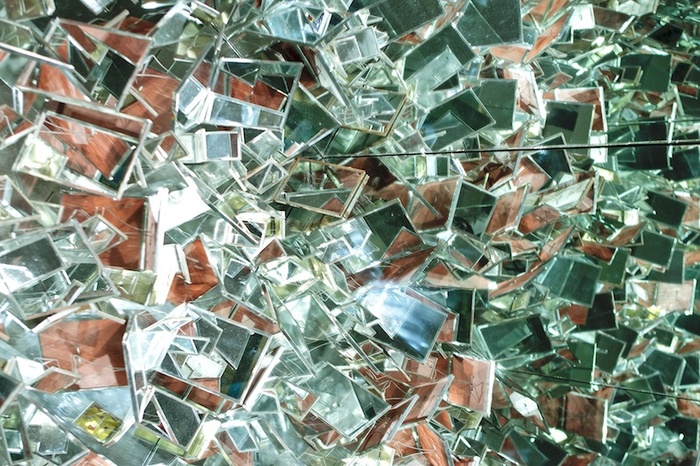 DL: Which of Chabet’s installations will be shown?

RB: Trap is a box of mirrors and that gives the viewer the sense of looking down a well. Your reflection gets trapped inside many times over. Just like a well, Chabet is a source of ideas, inspiration, and questions. It grounds Marker.

DL: Did you consider focusing the work around themes that would be particularly relevant to the Filipino population in Dubai?

RB: I didn’t give the artists any particular theme. It’s problematic and a bit essentialist to do that. For me it’s enough that this is a Filipino show and we are all Filipino artists. I don’t want to perpetuate stereotypes or clichés. It’s just boring for me to do that.

(Image at top: Mark Barretto, Untitled, 2013Courtesy of the artist and 98B COLLABoratory

Art Dubai Modern Turns the Tables on Gender Stereotyping in the Middle East
3/16/16
COMMENTS (0)
ArtSlant has shutdown. The website is currently running in a view-only mode to allow archiving of the content.