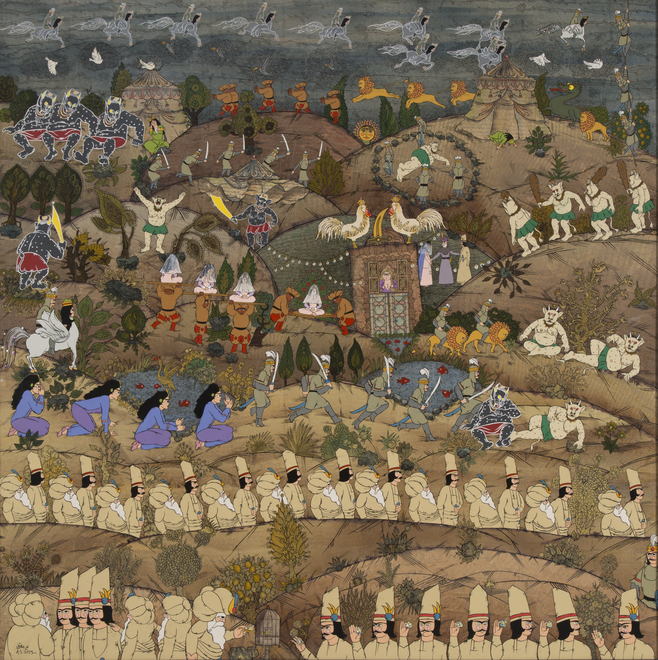 Following high-powered political negotiations, Iran recently expanded its 30-day visa upon arrival program to include citizens of a number of European, Asian, and Middle Eastern nations—including France, Germany, and Singapore, all with a concentration of high-end galleries and collectors. The new policy has already resulted in an increase in “cultural tourists,” and a boom in the art tourism industry seems an inevitability.

“I can say 70 percent of my collectors are local or international Iranians, and number is growing rapidly for international collectors,” explained Shirin Partovi Tavakolian, founder of Shirin Gallery, who went on to say, “Iran has a very active art scene locally…The prices have been established locally and there is always a demand for art. Therefore, with the power of the dollar to rials, Iranian art is still very affordable compared to other international markets. This will obviously bring a lot of attention and will be an investment for the international market.” 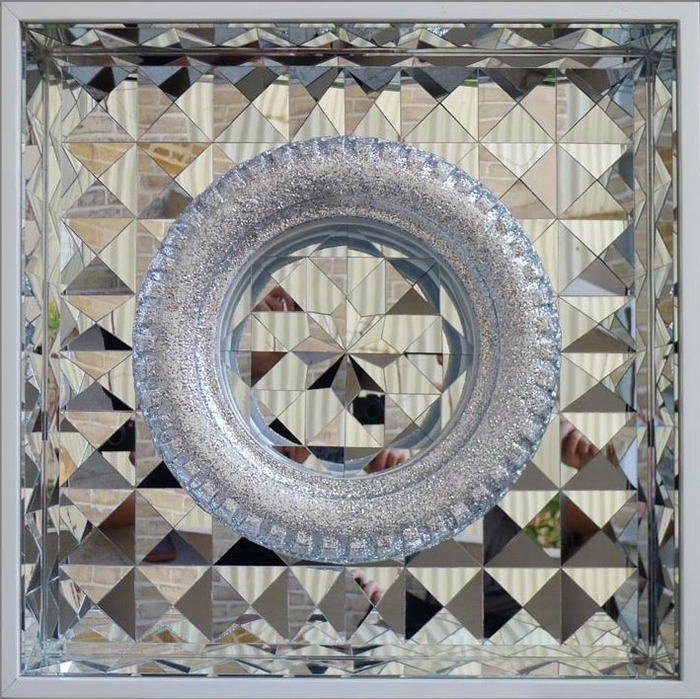 Until now, in order to avoid diplomatic red tape, serious Western or Iranian diaspora collectors typically had to task friends, relatives, or art consultants with purchasing work in Iran, where prices are noticeably lower than outside the country. Meanwhile, younger collectors have most often viewed and acquire Iranian art at auctions, regional fairs like Art Dubai and Contemporary Istanbul, or by visiting an established Western gallery such as Leila Heller or Shirin Gallery in New York (which also has a space in Tehran).

As it rings in a decade of introducing international collectors and the public to edgy Turkish and regional art, Contemporary Istanbul has added a Contemporary Tehran Focus section to its curatorial program for this year’s fair, which runs November 12–15 at the Istanbul Congress Centre and the Istanbul Convention and Exhibition Centre. The section is made up of four Tehran galleries: Aaran Gallery, Assar Art Gallery, Dastan’s Basement, and Shirin Gallery, who are showing alongside The Lajevardi Foundation, an independent not-for-profit foundation and art space with a focus around creating arts-related publications. Twelve works by modern Iranian masters from the 1950s–60s from The Mobarqa Collection (the private collection of prominent Iranian collector Nadeer Mobarqa and his wife) will also be on view. 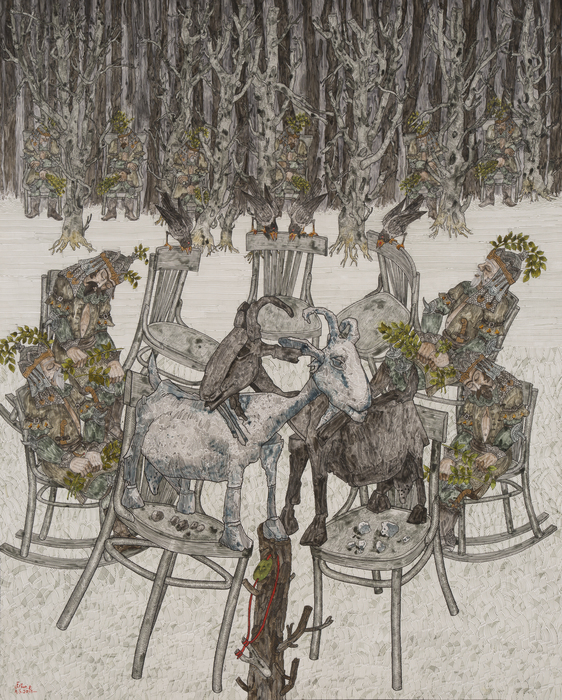 Ali Akbar Sadeghi, Picasso from the Lost in Fame series, 2015, Acrylic and Ink on canvas,
150 x 120 cm. Courtesy of the artist and Shirin Gallery, Tehran/New York

The Shirin Gallery booth will exhibit works by both established and emerging artists, including several canvases from Ali Akbar Sadeghi’s Lost in Fame series, in which sculptures from art history masterpieces (Michelangelo, Degas, Picasso, and others) attempt to impose Western culture onto Iranian intellectuals in the form of pervasive wooden cafe chairs. Sadeghi’s traditional figures creatively resist their efforts.

Artist Nasser Bakhshi, who will be attending Contemporary Istanbul, where his work is set to be shown in the Aaran Gallery booth, spoke to the timeliness of the Tehran Focus and the unique ability of art to stimulate positive dialogue: “I believe with the present climate and the tensions and violence that we are witnessing in the region, presence of Iranian art with all its strength can prove positive and fruitful.” 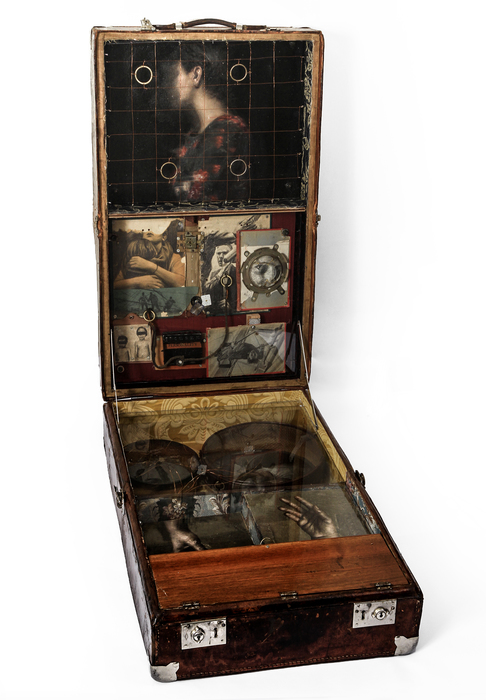 Nazila Noebashari, the gallery’s director explained, “We made our selection of four artists for the purpose of showing a slice of avant-garde art of Iran. These artists who have different practices and approaches, at their core are connected to the society, and they portray the atmosphere of suspense and imbalance, which is constantly effected by the events in the region as well as our own system of governance.” Among them is 32-year-old Babad Golshiri, who has already had work acquired for the permanent collections of The British Museum, LACMA, and the Musee d'Art Moderne Paris.

This theme of the artist as outsider resisting rapid societal advancement can be found throughout the section, particularly in the Assar Gallery booth, where self-taught painter and writer Babak Roshaninejad’s portrait of a disdainful looking woman in blood red, goes along with the artist’s philosophy of “defending” himself against the mainstream. 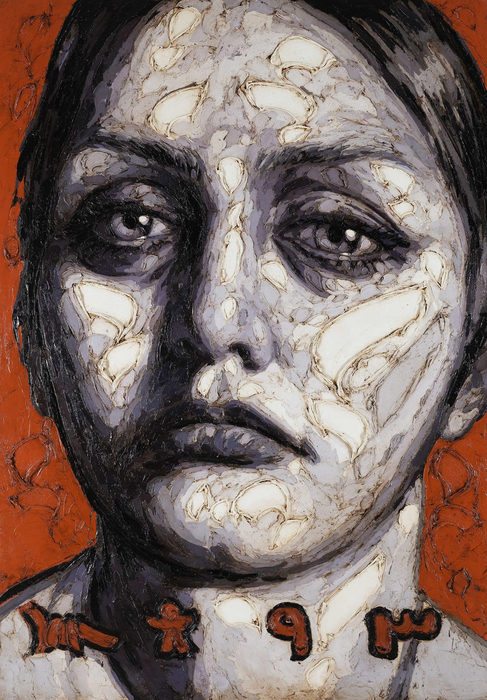 Maryam Majd of Assar Gallery said that the Focus section creates an opportunity to dispel the “exoticism” associated with Iran and to instead open visitors’ eyes to the breadth of the established scene: “The participating galleries have selected the works we will be exhibiting in a way to give the international audience a broad view on the real Iranian art scene. By choosing our artists and the kind of work we will be showing next to one other, we've tried to cover various trends and artistic means and methods that are being realized in Tehran.”

While hopeful dealers have predicted a craze for contemporary Iranian art, the results still remain to be seen. Abu Dhabi Art does not feature a single Iranian art gallery this year, while the popular October Christie’s Auction in Dubai of contemporary and modern Middle Eastern art did not reflect particularly high results when it came to lots by Iranian artists. It is possible that falling oil prices and a cautious buyer’s market may have something to do with this. If the Tehran Focus section at Contemporary Istanbul sees soaring visitor numbers or sales results, will that reflect a shifting balance in terms of global interest in Iranian art?