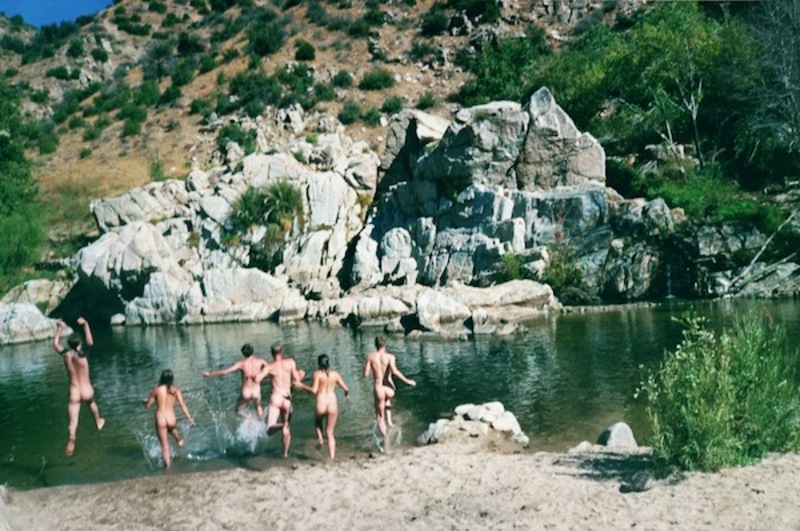 Science Does Not Equal Freedom: The Dangers of Celebrating a Techno-Utopia

What is freedom? This is what the current exhibition, Gradi di libertà, at Bologna’s Museum of Modern Art, (MAMbo) attempts to answer through the lenses of art and science. The idea is to present science that has “freed” us from the trials of a pre-modern society, while showing that art continues to comment on and complicate the human relationship to freedom. Works from Ryan Trecartin, Vanessa Beecroft, and Bob and Roberta Smith all stand alongside vitrines with examples of technology that appear to have liberated us, together with films explaining how technology has apparently facilitated our free lives. 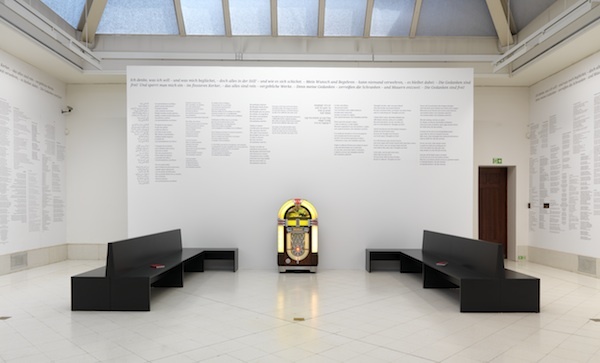 Entering the exhibition, the visitor walks through Susan Hiller’s installation Die Gedanken sind frei, which references the political emancipation that can be achieved through sound. The work presents neatly printed lyrics from a variety of international songs of freedom, alongside headphones playing these tunes and a shiny '50s jukebox. It catalogues the anthropological phenomenon of freedom through music—a medium that has been important in spreading political messages during the 20th century, particularly as musical recording technologies have made it more accessible. In this sense, perhaps, this entrance fits best with the exhibition’s aims of explaining how technology can enable “freedom”: the hypothesis that music represents an artistic freedom, spread by the technological means of reproduction—like the printing press—seems like a fair connection to make. 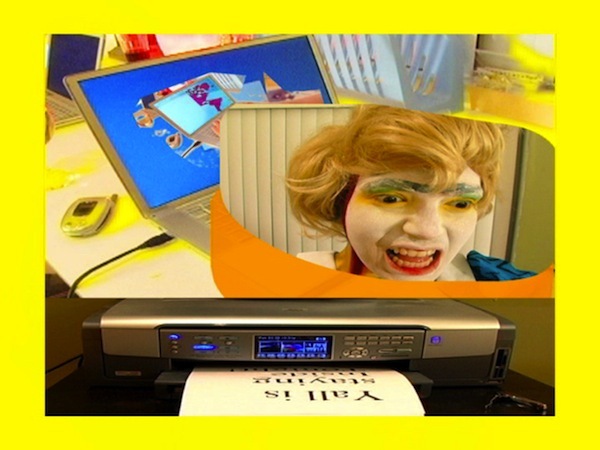 However, in general, this is not an exhibition for people who have given any great thought to the relationship between freedom and technology. The most glaring example is, perhaps, Ryan Trecartin’s (Tommy-Chat Just E-mailed Me) (2006), a hyperactive, trippy video where, in the artist’s typical form, characters blur and overlap, repeat and spiral wildy through text and narrative. Whereas Trecartin’s work offers a complicated, difficult-to-decipher representation of contemporary internet-riddled experience, an educational video (commissioned, presumably, from the science side of the curatorial team), sits right next to it. This film, explaining the “dangers” of multi-tab thinking, and how it can affect our behavior, could be straight out of a sensationalist Daily Mail headline. 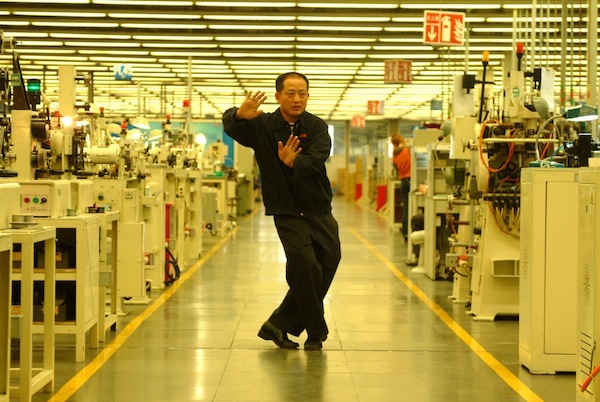 As is so often the case with the intersection between art and science, it seems unavoidable that the contributions from the scientists create odd political resonances within the works. In particular, the vitrines, scattered throughout the center of the space, contain technological elements that appear to prove the correlation between technological progress and the march of freedom: artificial colors have replaced paints, therefore art has become accessible to more people; petrol has allowed us to get around more easily; cell phones mean we don’t have to stay in one place to communicate. In 2015, it seems absurd to claim that people across the world can now make art, simply due to availability of materials, when there is such a vibrant dialogue about the multiple political and structural reasons that prevent people from creating work. It’s also odd, if not downright dangerous, to unequivocally link a technology like petrol with positive effects on society when it’s the source of catastrophic, global conflicts, as well as a major cause of devastation to the planet.

In some cases, these are the exact assumptions that the art seems to question—for example, Cao Fei’s Whose Utopia Is This? (2006), which, as its name suggests, decouples the economic advances of China as a whole from those of the laborers working in factories to make this a reality, for whom the benefits of a post-industrial society are complicated by their hand in making it happen. Filmed in an OSRAM factory in the Pearl River Delta, the work creates a dialogue between myth and fairytale and the automatic mundanity of the factory, whose workers Fei noted in 2007 have “no rights, no benefits, and no power.” Is this progress? Is this freedom? 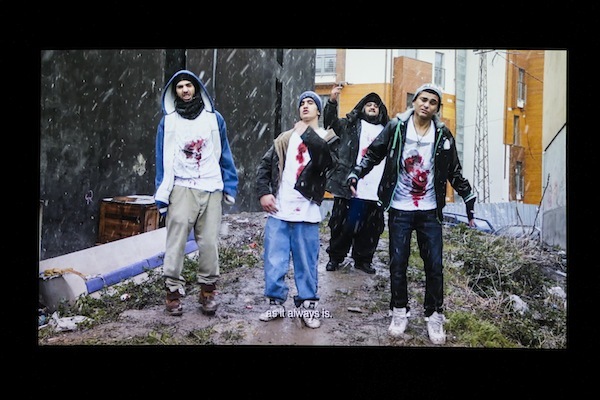 An even more confusing dichotomy is created by Halil Altındere’s Wonderland (2013), which comprises a music video, for the group “Tahribad-ı İsyan” (Destruction Following Revolt). The clip is set in Istanbul’s rapidly gentrifying Sulukule neighbourhood, showing the group’s members attacking a police officer, and generally challenging authority. Meanwhile, just next to the video, a vitrine tells visitors: “The state guarantees the freedom and rights of all every day, enforcing the rules and preventing community life from being governed by the law of survival of the fittest.” If those words in themselves weren’t absurd enough, their combination with the work of Halil Altındere creates a bizarre cognitive dissonance.

It’s a shame the (pseudo-)scientific additions in this exhibition enable the dangerous assumption that technological progress has created some kind of utopia in which we’re all permitted by science to be equal. Science is about always questioning, and reevaluating theory to reflect evidence. And yet the artwork here seems at times to question to the exact propositions that are presented as unassailable scientific fact. In other words, this “science” could do with being a bit more scientific. This utopia does not exist. In the end, this exhibition makes you wonder if the curators from the art camp and science camp live on the same planet, let alone if they were ever even in a room together.