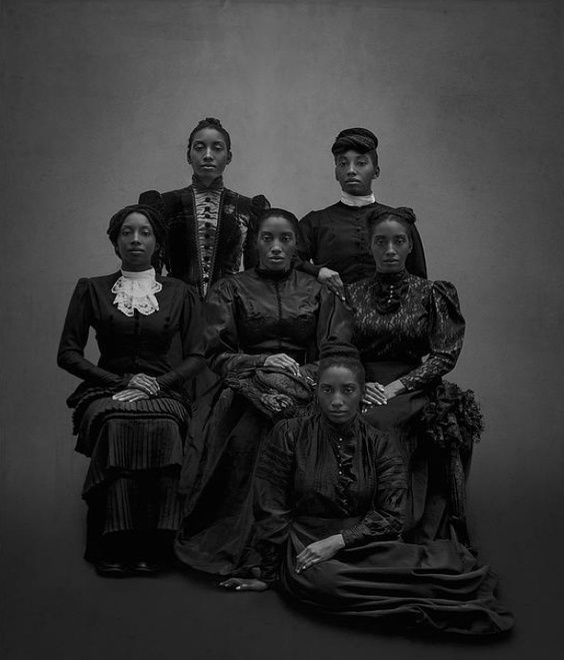 On Being Black: Portraits, Identity, Surface

The group photography exhibition On Being Black, on view at Arnika Dawkins Gallery in Atlanta, explores blackness and how black identity is constituted in and through photography. The show presents work by 24 artists working in the medium, most of which were made within the past six years, but the presentation also includes a couple of earlier works produced in the 1970s, and a scattering from the late 90s and early 2000s. A few major tendencies and themes also arise in the show: beauty, portraiture, colorism, and surface.

Photography has long been a strategy for creating African American identity, and as argued during the panel discussion coinciding with the exhibition, the photograph can serve as a tool for subversion and transgression. Photographer and theorist Professor Deborah Willis, whose work is included in the show, describes in her vast oeuvre the history of African Americans employing photography to produce self-representations in opposition to the mainstream colonialist and racist visual field. Since imagery that spoke to African American identity didn't exist, it was and is necessary to produce that visual vocabulary. 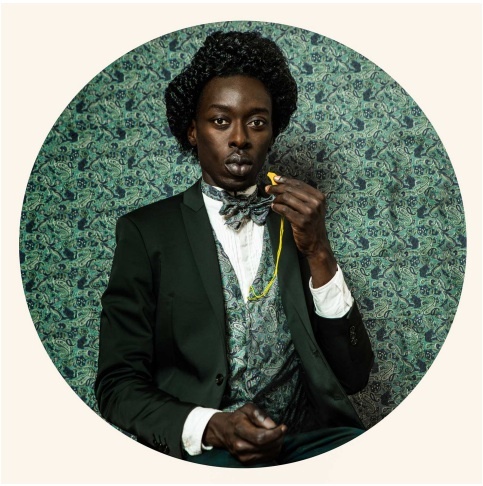 Some of the artists in On Being Black use performance or re-performance of historical or fictional figures as a portraiture strategy. Omar Victor Diop inhabits the famous portrait of Frederick Douglass in a 2015 work from his Project Diaspora, while Barbara Dumetz resignifies the iconic painting American Gothic (1930) as Vincent and Renée American Gothic 1970s Style (1970). Renée Cox's casts her superhero alter ego, Raje, in her Liberation of Aunt Jemima and Uncle Ben (1998), where she frees Aunt Jemima and Uncle Ben from their bottled and boxed images on pancake syrup and rice packaging. Intriguing too is Ayanna V. Jackson's Does the Brown Paper Bag Test … … Really Exist?/ Will my Father Be Proud (2013) and the way in which she multiplies her own self which renders her as other, a strategy also used in Janna Ireland's Night Series #11 (2010). 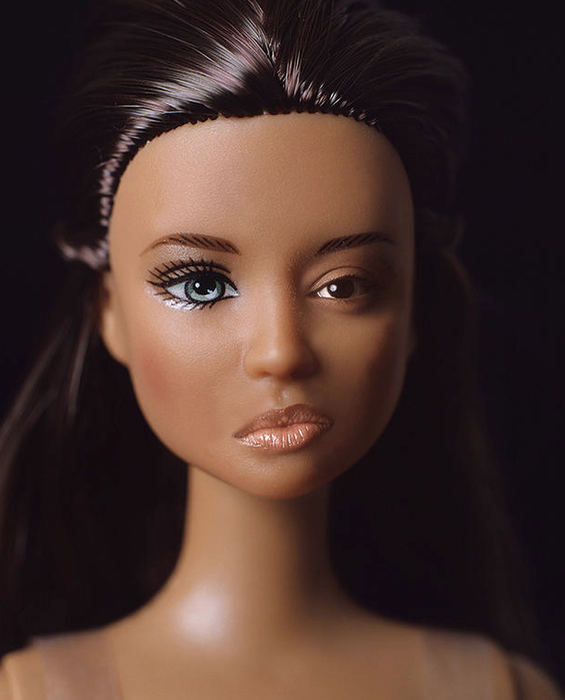 Sheila Pree Bright's Untitled #14 from her Plastic Bodies series (2003), a “portrait” of a Barbie doll blended with a more natural face, stands out along with Le'Andra LeSeur's Trayvon (2015), a multimedia piece that pairs a photograph of a Skittles wrapper and can of Arizona Watermelon juice on gravel ground with glitchy audio of news coverage. Instead of presenting the viewer with Trayvon Martin's body on the ground, we see those items that he had purchased at the convenient store just prior to his fatal shooting. Deborah Willis' Gesture, Villa le Pietra, Florence, Italy (2013) juxtaposes the serving gesture of a blackamoor sculpture with that of the idealized male figure on the wall fresco behind it. Blackamoor sculptures depict “exotic” figures (meaning exotic for early modern Europeans) and were usually of dark skinned Africans. These figures were often cast in a subservient role: holding trays or with outstretched hands waiting to be used. In Willis' photograph, the aesthetics of racism are painfully apparent. 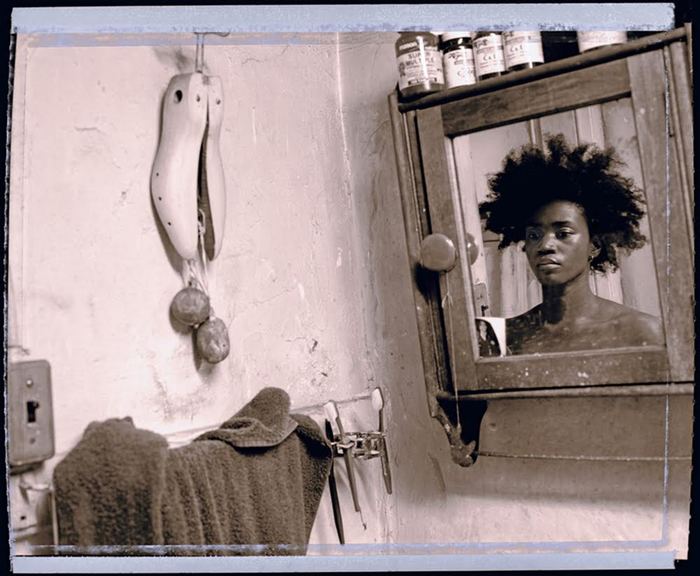 Hierarchies of the beautiful produce the conditions for John Pinderhughes' Pretty for a Black Girl (1998). This image is potent in its composition, and the woman's expression reflected in the mirror demands that the viewer ask who might have characterized her as “pretty for a black girl.” Perhaps the man in the photograph tucked into the corner of the mirror. In her essay “In Our Glory: Photography and Black Life,” bell hooks writes that it is in snapshots, images not produced by authorities, where she finds an image “[she] can love.”[1] Hooks' sentiment gets at the core of this image. 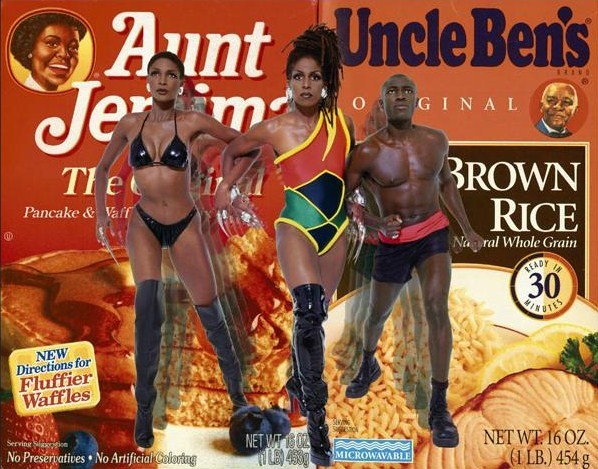 Many of the works are compelling and important to the history and future of photography, but some inclusions in the show distract from their significance and criticality. These works—for example, Arnika Dawkins, Untitled from Skin Tone Series (2015); Nicole Buchanan, The Skin I'm In (2015); Joshua McFadden, COLORism: Joya (2015); and Allen Cooley, Freckles (2014)—are largely studio portraits of women with little context about their subjects. Many come from larger series that address colorism, beauty, and "types" of physical blackness, but as singular images, they do not add much to the visual codes of black photography that have been in development since the 19th century. The highlights instead are the works that experiment with pose and presentation, inviting the viewer to imagine various narratives of blackness, as opposed to a blackness that is relegated to surface.

(Image at the top: Ayana V. Jackson, Does the Brown Paper Bag Test … … Really Exist?/ Will my Father be Proud?, 2013, Archival pigment print, 54 x 43 in; Courtesy of Arnika Dawkins Gallery)