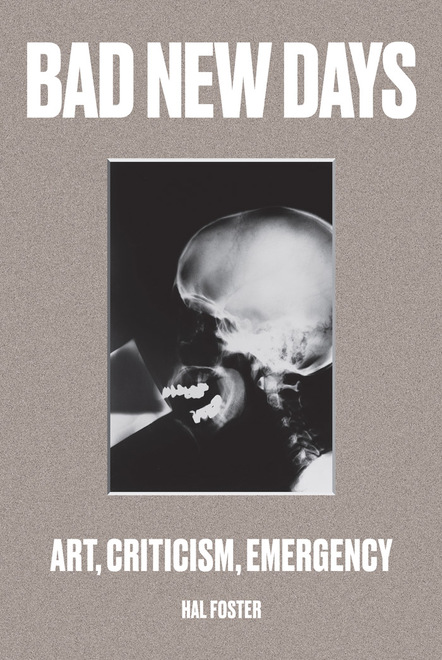 Hal Foster's new book, Bad New Days: Art, Criticism, Emergency, is set for release on Tuesday, September, 8. In it, Foster, Townsend Martin Professor of Art and Archaeology at Princeton University, works through art's recent history to find what is and isn't working within the arts.

Considering recent paradigms of art ranging from "abject" to "post-critical," Foster uses his plain, incisive style to help locate the failures of contemporary art in hopes that more novel and critical art can come to the fore. We sat down with the art critic and theorist to have him clarify some terms and discuss what options for resistance artists and critics have in a neoliberal regime.

Bad New Days is available for preorder from Verso.

Joel Kuennen: In Bad New Days, you break down contemporary processes of art making into five modes of aesthetic production: abject, archival, mimetic, precarious and post-critical. Each of these are evaluated pragmatically, weighing their intent and their reception. Tell us why you decided to focus on these five currents of aesthetic production.

Hal Foster: My premise is that our period—post-1989—is marked by the full triumph of neoliberalism. This is a regime that often rules by emergency, and my concern in this book is to see how various artists have responded to different crises over the last 25 years. “The Abject” considers the artistic reaction to the AIDS epidemic and other attacks on welfare (undertaken in the name of neoliberal deregulation), while “The Archival” takes up the artistic resistance to the historical amnesia produced by a pervasive presentism (this is also enforced by neoliberalism, here in its consumerist mode). In the next two chapters I turn to two related strategies of critique in art. In “The Mimetic” I deal with artists who take a bad thing like commodity glut and make it worse; think Isa Genzken, say, or Rachel Harrison. And in “The Precarious” I discuss a practice that aims to strengthen the social ties that neoliberalism has attenuated if not cut; my test case here is Thomas Hirschhorn. The fifth chapter is less about art per se than about the fatigue with the criterion of critiality in art and theory alike. 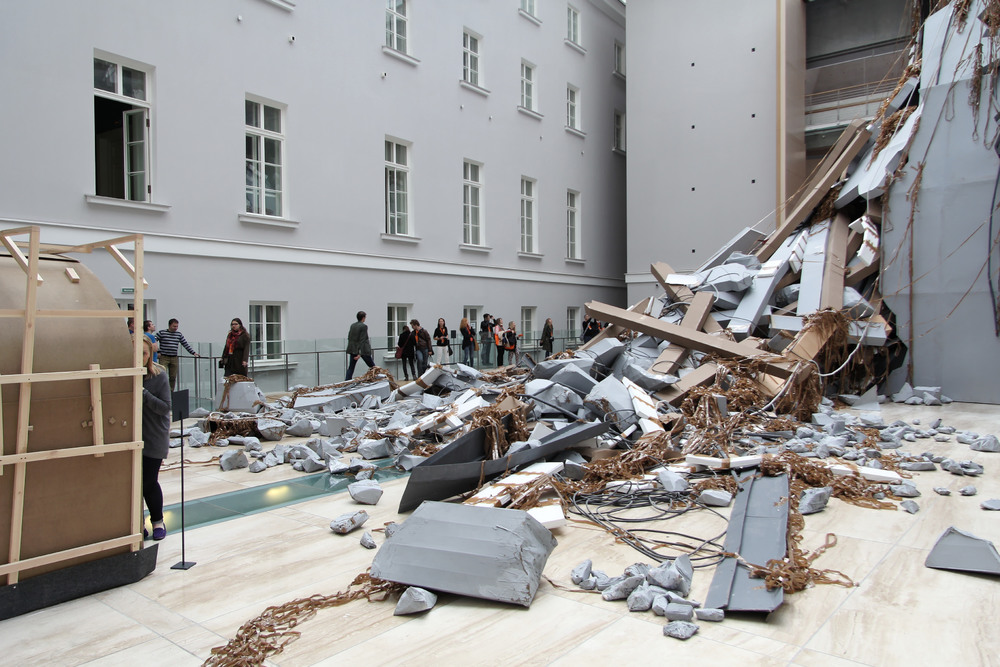 JK: Mimetic exacerbation is a mode often associated with satire and irony. How can artists use mimesis or reproduce things ironically without participating in the very thing they are critiquing? This process may even lend veracity to the fetishized object through iteration. How does exacerbation negate the fetishization of object or image instead of reifying it?

HF: I see “mimetic exacerbation” as distinct from satire or irony: the former aims to explode its object, while the latter affirm their objects even as they also mock or twist them. Satire and irony are also modes of distancing, while mimetic exacerbation isn’t: it dives in and pushes, it doesn’t pull back and tweak. That said, you point to a real problem. As I suggest at the end of “The Mimetic,” this strategy can be mistaken as an affirmation—even as a “celebration”, to use the Koonsian term—of a contemporary capitalism that is excessive. But in the end it is hard to confuse a Genzken or a Harrison with a Koons. The former practice a new kind of “positive barbarism”, while the latter plies a familiar brand of “bourgeois nihilism.”

JK: You retain a focus on finding the "actual" as the necessary project of art. Can you tell us how you define actuality and what a project like this hopes to achieve?

HF: “Actual” is meant to evoke the way in which a complex work of art can constellate not only different kinds of experience (conceptual, sensuous, mnemonic) but also different orders of time (social, personal, historical)—and make them present in the double sense of right-here and right-now. I value such actuality in a culture that often seems bent on the opposite—a virtual confusion of spaces and a zombie confusion of times. Much of art culture seems dominated by this newfangled sort of spectacle as well, which makes “actuality” all the more a thing to be desired.

JK: Probably the most shocking assertion in Bad New Days comes in the form of a rebuttal to Ranciere's claim that aesthetic acts can produce "novel forms of political subjectivity." You suggest his idea "grants an agency to art that it does not at present possess." Many artists do see their work as having political efficacy, yet you seem to say that there is neither an audience nor a mode of production currently available that can do this work. How can art (re)gain the ability to politicize subjectivity?

HF: My polemic here is more limited than you make it out to be. Rancière is fairly cynical about the critical possibilities of art: he thinks it’s preaching to the choir or, worse, capitalizing on a pseudo-negativity that is easy to adopt one moment and discard the next. At the same time he is quite naïve about the political efficacy of art—that it can somehow “redistribute the sensible” in ways that will also reconfigure the social. I don’t want to dismiss that project, but I do want to be realistic about it. Over the last decade lots of artists drank the Rancière Kool-Aid. The chapter on “The Post-Critical” is a maybe-too-late offer of a partial antidote.

What You Read: The Most Popular Articles of 2014
12/30/14
COMMENTS (1)
contrary move
Interesting reading. Don't know to how many artists this view relates. Or more stringent, to what proportion of art. Or what matters the frontrunners. The interplay of artists with pressure of traders / collectors, social media (faves) leads to a 'production' that certainly does not parrallel quality or progress. The second issue of 'value' in terms of meaning for society, as political power: Let artists be moved by what they think important and produce creations that reflect their emotions and views. The spectator or public may decide whether it is indeed 'moving'or producing a contrary response (abjection). My perception is, that artist that row against the current have stronger arms and more power, than those that follow. Take Raquel Maulwurf, and think whether her statements have influence. Hirschhorn appeals to me, as does Tammam Azzam. Take a look at Rajkamal Kahlon’s ongoing project Did You Kiss the Dead Body. In 50 years time one may say whether these artist had as much influence, as the work from Käthe Kollwitz. says Drager Meurtant
Comment by: Drager Meurtant on Wednesday 09/09/15 at 5:55 AM
ArtSlant has shutdown. The website is currently running in a view-only mode to allow archiving of the content.