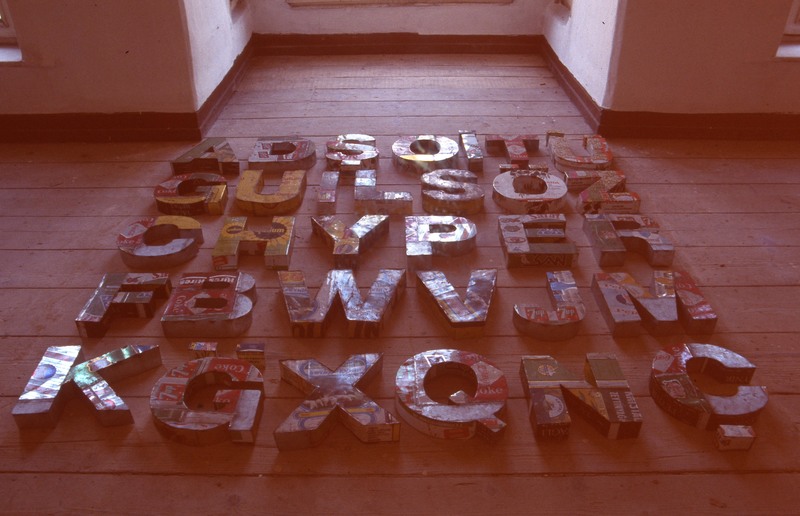 Between East and West: The Making of Contemporary Art in Istanbul

The socio-economic events of the late 80s were the harbingers of new cultural forms that gave rise to global interactions and to the transgression of art beyond its conventional sphere in the Euro-American world. Large-scale international exhibitions provided new platforms for cross-cultural dialogues, questioning political and aesthetic definitions in a so-called globalized art world.

Recently, the center has shifted again towards the former peripheries, while making these fringes a “spectacle” in the art scene. Istanbul—once an “oriental” paradise itself, a cosmopolitan wonderland of the 19th century—has in the last two decades undergone a rebirth in contemporary art. Forerunners of the Istanbul art boom include the Istanbul Biennial, which “has increasingly established itself as the center of global art”[1], contemporary art galleries flourishing on the streets of Istanbul, artists from Turkey whose works are now included in the collections of prominent museums and galleries globally, and the many Turkish curators who are gaining international recognition. While some say that even better days are ahead for Istanbul, others think that Istanbul’s reputation resembles a bubble about to explode. 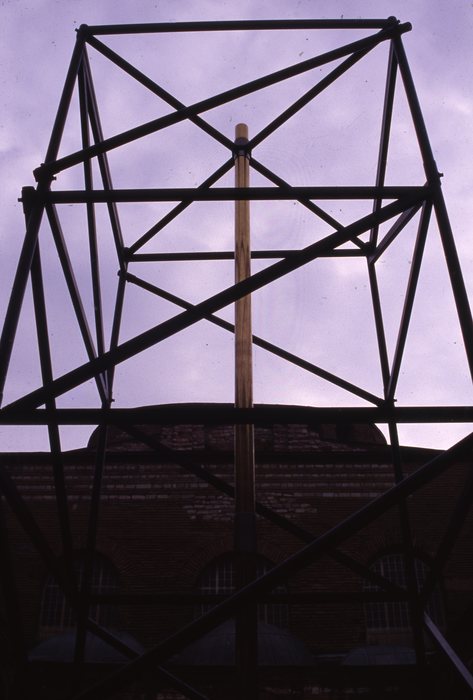 But how did this “oriental” city turn into one of the trendiest, hippest, and most-visited contemporary art locales of the 21st century? Beginning in the 18th century, in the late Ottoman period, Istanbul's cultural horizons turned systematically towards the West. With the founding of the modern Republic of Turkey in 1923 came reforms and amendments, introduced under the guise of “Modernization,” or more precisely, “Westernization.” Cultural policies adopted in this period contributed to the improvement of the arts, while encouraging artists from Turkey to go abroad (mostly to Western countries such as France, Italy, or Germany) for their artistic education. Between 1923 and 1950, the state was in control of not only agriculture and industry, but also the arts; the main characters of the art scene were the state-funded academies and the artists who flourished at these institutions. Following the Western national focus, art produced in Istanbul at the time was also highly Western oriented. However, the social texture of Turkey's big cities drastically changed with urban industrialization during the 1960s.

By the 1950s, state domination of the industrial sector was replaced with the rise of private/individual entrepreneurs in specific regions[2]. The rapid mechanization of agriculture stimulated internal migration of landless people from the rural areas of Turkey to urban centers deliberately favored by the industrialization process. Istanbul attracted the most rural migrants, who eventually changed the social and cultural texture of the city. “Anatolian” culture was juxtaposed with the “Westernized” elites, making Istanbul’s cultural scene even more complex.

With the adoption of a liberal economic model in the mid-late 1980s, Istanbul was transformed into a global center, which affected artistic production in turn. Despite three military interventions and anti-democratic constitutions between 1960 and 1980, artists embraced more liberal concepts and adopted a parallel course with the international stream of interdisciplinary production[3]. Due to the liberal economy, the state (which had been the main supporter of art until the 1960s) distanced itself from art, and new commercial galleries were established and large-scale group exhibitions were initiated to provide visibility for emerging artists[4]. This provided artists more flexibility and a chance to discover an art of their own “culture.” The West was no longer the main focus, and new tendencies towards exploring the long forgotten “East” were flourishing among Turkish artists and curators. 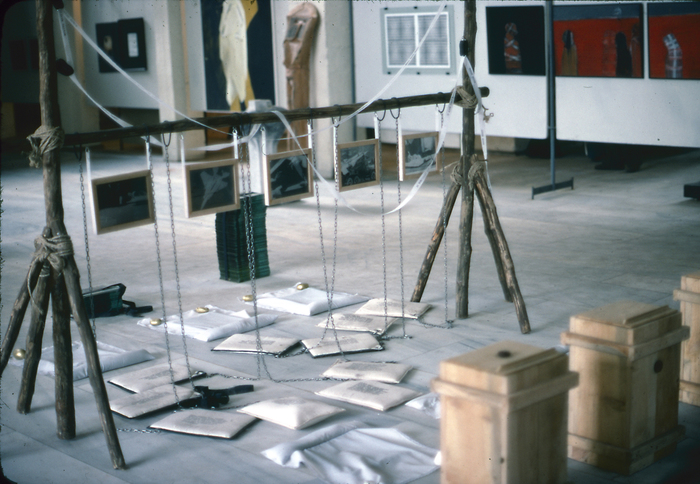 İsmail Saray's untitled work at the 2nd Exhibition of New Trends in Art, 1979

Furthermore, thanks to the first International Biennial in 1987, and the global flow of money and culture from other parts of the world by the mid-1990s, Istanbul made a major leap in the development of its contemporary art scene. By 2000, private museums and more contemporary art spaces had been opened, which provided venues for emerging and established artists from Turkey and around the world. In bringing international artists to the country for exhibitions, Turkey did not only promote well-known Western artists, but also started welcoming artists from the former “peripheries” of the art world. 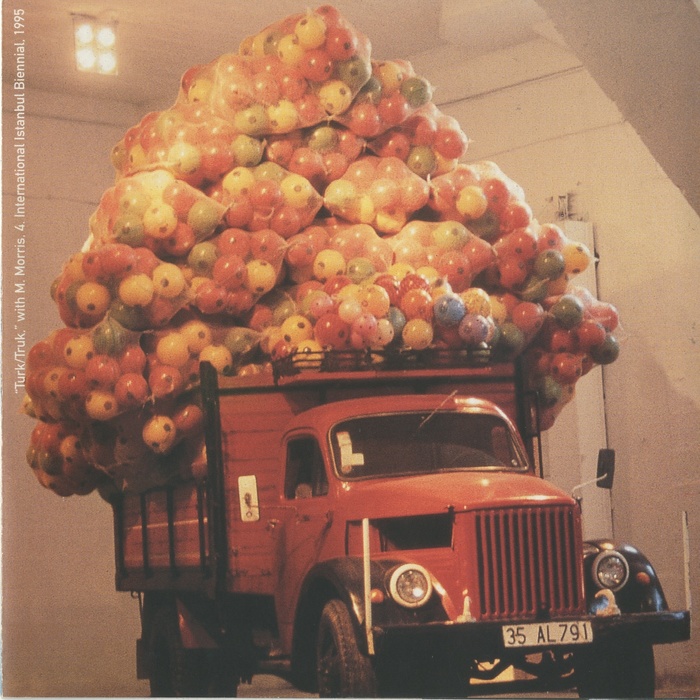 So what are these exhibitions doing for the contemporary art scene in Turkey now? How are regional—e.g., “Middle Eastern,” “South Asian,” “Islamic,” “African”—exhibitions contributing to what was once the Euro-American-centric canon? To what degree do they truly present alternative histories—are they mere tokenist inclusions? How are they relating their unique localities to the spaces where these exhibitions take place?

A closer look at one recent Istanbul exhibition could provide us with some answers to the above-mentioned questions: The Roving Eye: Contemporary Art from Southeast Asia at ARTER proposed a timely example of a “non-western” exhibition in Istanbul. Curated by researcher and critic Iola Lenzi, the exhibition (which ran in September 2014—January 2015) presented more than 40 works by 36 Southeast Asian contemporary artists from Indonesia, Thailand, the Philippines, Singapore, Myanmar, Cambodia, Vietnam and Malaysia.

To focus an exhibition on such a wide-ranging region as Southeast Asia is a challenging prospect, and makes the exhibition an easy target for criticism. Yet using a clever "roving eye" construct, the well-received exhibition tackled the very concept of regionalism and geography. In her exhibition catalogue essay Lenzi writes that the label "Southeast Asia" was produced only in recent times to force the observer to look at this geography in relation to other geo-political players. Therefore, Southeast Asia itself is a Western construct to signify a certain geographic area. Lenzi’s “roving eye” concept thus alludes to and welcomes multiple perspectives. 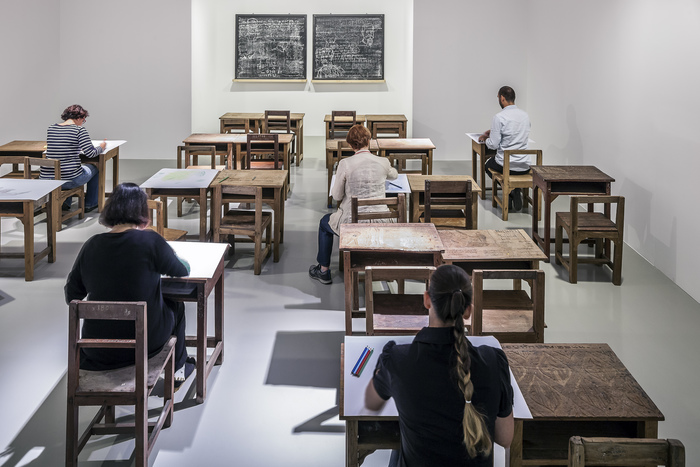 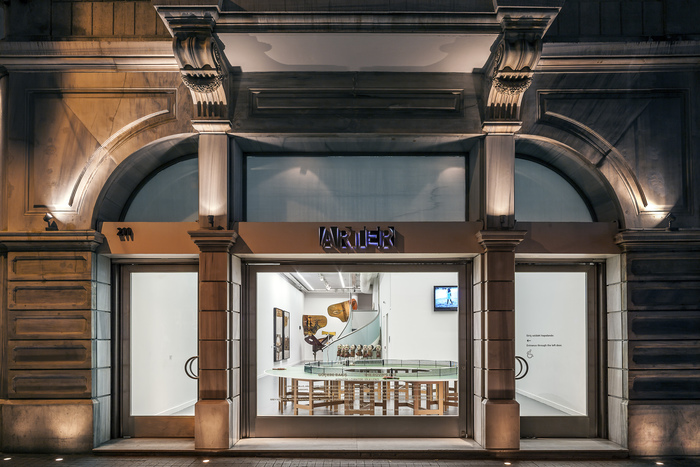 While addressing prevalent subject matter, situations, and aesthetic codes from Southeast Asia, the exhibition's artists also offered critical insights into Southeast Asian culture by pointing out the recent developments, conflicts, and changes in the region's socio-political milieu. Making it even more intriguing, the exhibition also forged some connections to local histories and art in Istanbul,.

In the entrance of the exhibition, the audience met Alwin Reamillo's ongoing Nicanor Abelardo Grand Piano Project. Transforming the only locally made grand piano, produced by his late father, Reamillo presented it to the audience to play as a reminder of the trade liberalization of the region and the disappearance of small local businesses. This interactive setting not only dazzled the visitor but also made them think of Turkey’s own past, with recent privatizations in the government sectors. 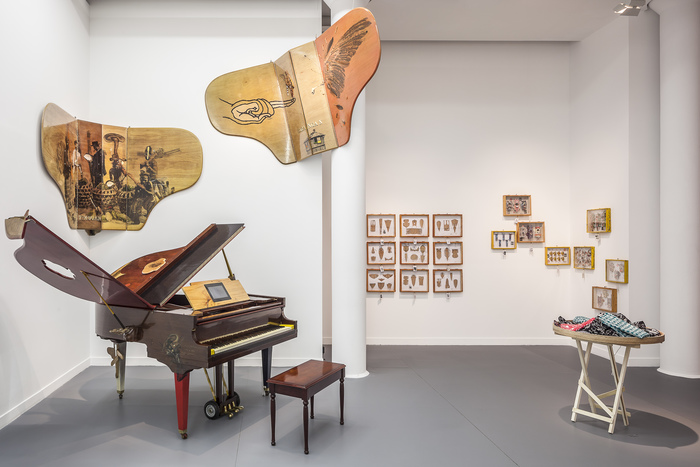 Another interactive work was on the ground floor: Lee Wen's Ping-Pong Go Round. In a formal and conceptual subversion of ping-pong, the game is played not on a standard rectangular table, but around a donut-shaped one. The artist aims to change the dialogue between two players on opposite sides by introducing a different perception of the game's limitations and give new possibilities of a broader dialogue. On the second floor, Sutee Kunavichayanont's History Class Part 2 reproduced a classroom environment with 23 desks, each engraved with historical moments chosen from a long period from Thailand's early constitutional era to the present Thaksin period. Visitors were given the task of reproducing these moments by rubbing crayons over the engraved images. In that sense, this work did not only shine a light on Thai history, but also made connections to Turkey’s near past and its confrontations with history. 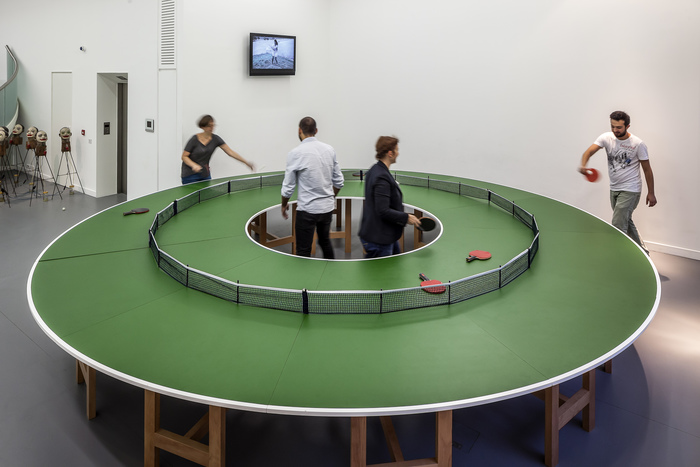 With its sophisticated play of perspectives, the exhibition as a whole was easily accessible to those within and outside the local context. Roving Eye placed particular emphasis on works that embraced experience, interactivity, and participation, which eventually could connect with the visitors in Istanbul. An ostensibly regional focus played on making connections to the local—becoming part of a long history of Istanbul's artistic trajectory toward a new sort of global. No matter what the future has in store for Istanbul, there is no doubt that the city needs exhibitions of this kind, in which the emphasis on Euro-American-centric exhibitions is scrutinized, Western construct geographical terms are dissected, and new venues for cross-cultural interactions are created.

[2] Keyder, C. (1999) ‘The Housing Market from Informal to Global’ in Istanbul Between the Global and the Local, New York: Lowman and Little Field,146

[3] Madra B. (1996) ‘Contemporary Art Goes Again in Historical Spaces and the Trends of the 80’s Come to Istanbul’ in Post - Peripheral Flux: A Decade of Contemporary Art in Istanbul, Istanbul: Literatür Press, 105

Withdrawal Symptoms: Public Space, Capital, and Boycotting the Biennales Group Exhibition
4/11/14
COMMENTS (0)
ArtSlant has shutdown. The website is currently running in a view-only mode to allow archiving of the content.