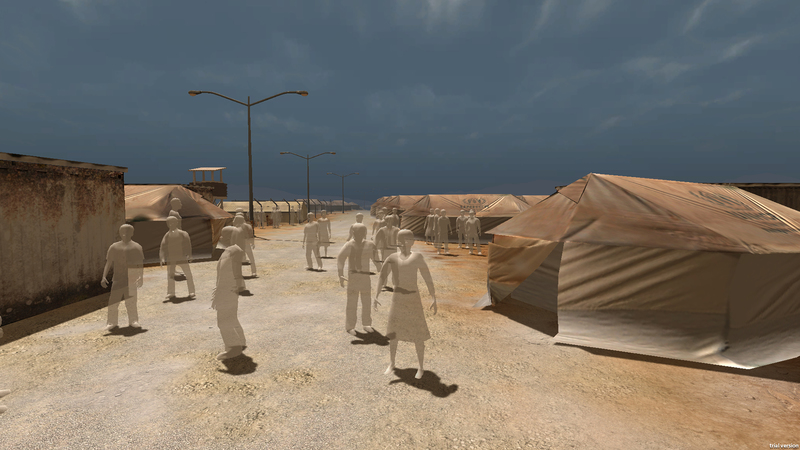 The Sundance Institute is perhaps best known for its annual Film Festival, which opened this year on January 22 and concludes on Sunday. But in recent years the Institute has also been busy building an increasingly influential artistic program forged at the crossroads of film, fine art, media, live performance, and technology.

New Frontier was established in 2007 as a dynamic initiative to identify and nurture independent artists working across diverse media to pioneer new methods of storytelling. Since its inception the New Frontier program has been at the forefront, building an ever-stronger reputation for cutting edge innovation in an emerging field. 2015 has marked another decisive step forward into the spotlight. Currently on view in Park City, Utah, the 2015 New Frontier exhibition Ocular Evolution, is showcasing some groundbreaking works, which have undeniably been among the most talked-about elements of this year’s Sundance Film Festival. 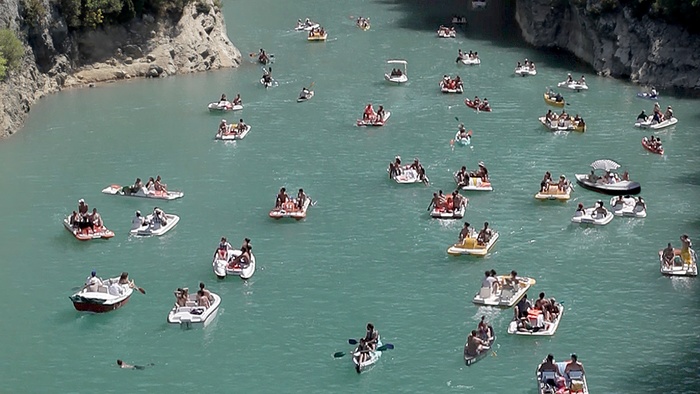 In championing experimentation, exploration and innovation in storytelling, the New Frontier program collaborates with artists from diverse backgrounds. The 2015 collaborators range from music video director and photographer Chris Milk, to performance artist Oscar Raby, and from video game entrepreneurs Vassiliki and Navid Khonsari, to pioneer in immersive journalism, Nonny de la Peña, as well as the virtual community of digital artists, Pleix, plus filmmakers, media scientists, and creative technologists. The primary thing that New Frontier Director, Shari Frilot, is looking for among all of the artists is their search for a scientific or artistic solution that goes beyond convention. 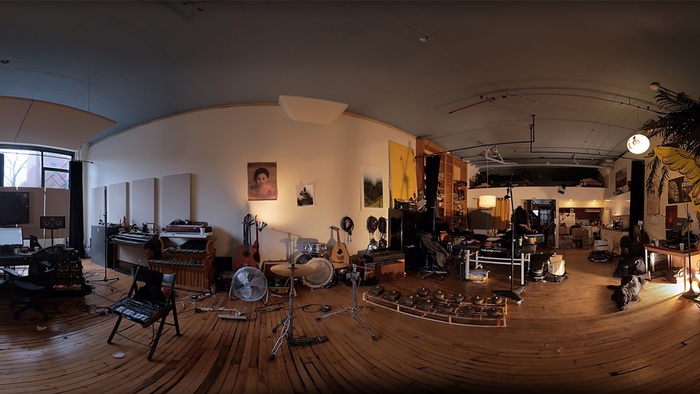 Over half of the installations employ virtual reality, a huge increase from the last few years, proof that the technology has now reached the right point of departure. This year featured a strong contingent of works using Oculus Rift and Google Cardboard headsets to take immersive storytelling to another level. Birdly, Max Rheiner’s virtual full-body set up allows us to soar like a bird above San Francisco, while The VR Works of Felix & Paul allows us to delve into worlds as far reaching and wildly different as the Mongolian steppes, a Montreal-based musician’s studio, and the Pacific Crest Trail set of the film Wild. Those works that eschew virtual reality are nonetheless captivating, such as Pleix’s hypnotic and humorous Paradise, a projection of digitally distorted landscapes. 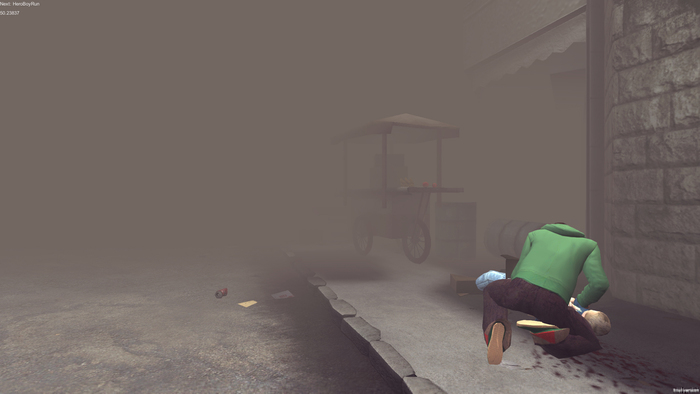 The stories that the artists are choosing to tell through these new media are striking. A number of the works deal with themes of violence and war, including the 1979 Revolution Game, Project Syria, and Assent, albeit in very different circumstances and in different ways. In Project Syria Nonny de la Peña places us in 360-degree virtual reality as witnesses to a street bombing incident in Syria, whilst real news reportage from an incident provides the narrative. The implication of this is that the new firsthand, immersive experience provided by the virtual reality medium can help re-sensitize us to the reality of such events. 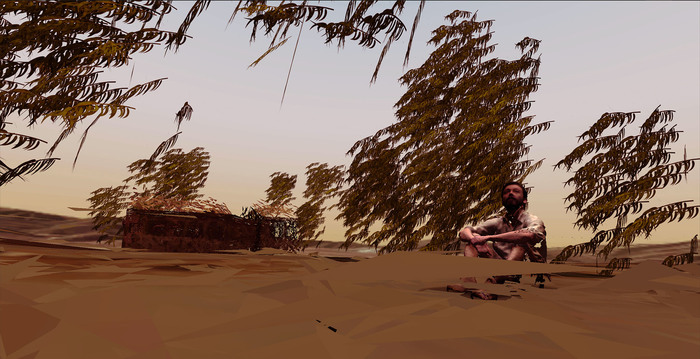 Oscar Raby’s Assent is his interpretation of the tale of his father’s traumatic witnessing of a massacre as a young army officer in Chile. Raby explains that the highly immersive nature of virtual reality technology makes it a natural choice of medium through which to tell this highly personal and disturbing story: “There is a positive side to isolation. It lends a little time to be with yourself, to understand what’s going on with your thought process.” 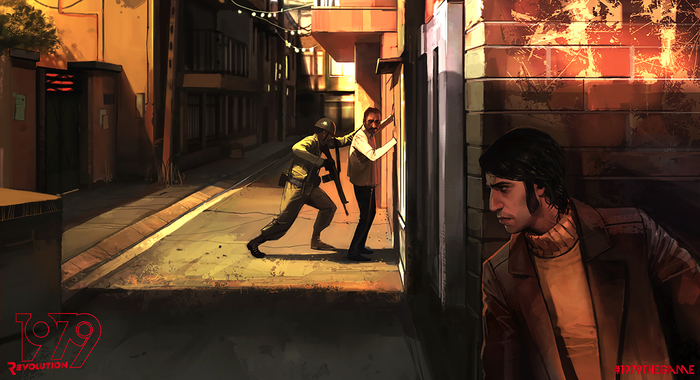 1979 Revolution Game presents an interactive, first person narrative through which to explore the complex events of the time. Through a series of immersive scenes we follow Reza, a photojournalist, on a journey from impartial observer to revolutionary hero. With fastidious historical research behind the project, the game recreates journalistic photography of the time and uses original interview material, creating a fascinating crossover between documentary and video game and a convergence between analogue and digital worlds. Vassiliki Khonsari explains that while the trend in gaming is to lean toward hyper-realistic imagery, in the 1979 Revolution Game, they were clear about embracing a painterly aesthetic. She adds that “Ultimately what we are trying to do is to forge these two worlds of art and documentary, and bring them to commercial audiences. We believe that audiences are ready to grow up and interact with more meaningful content.” 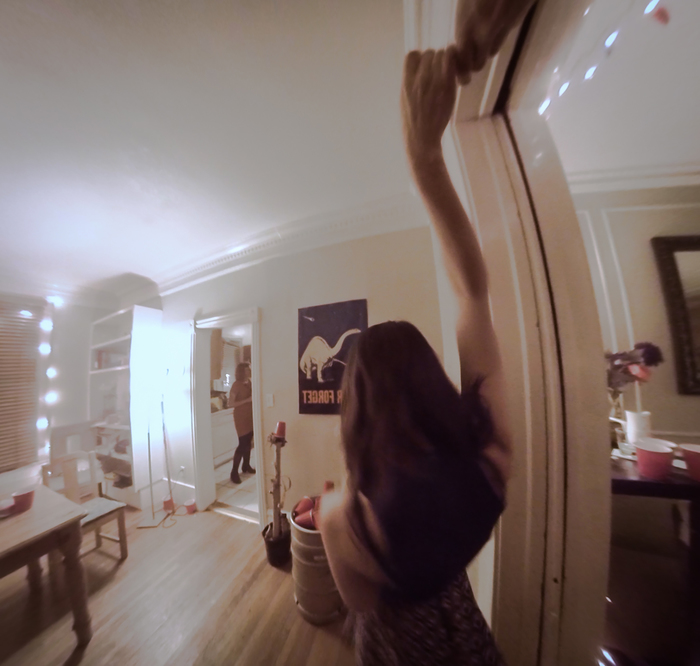 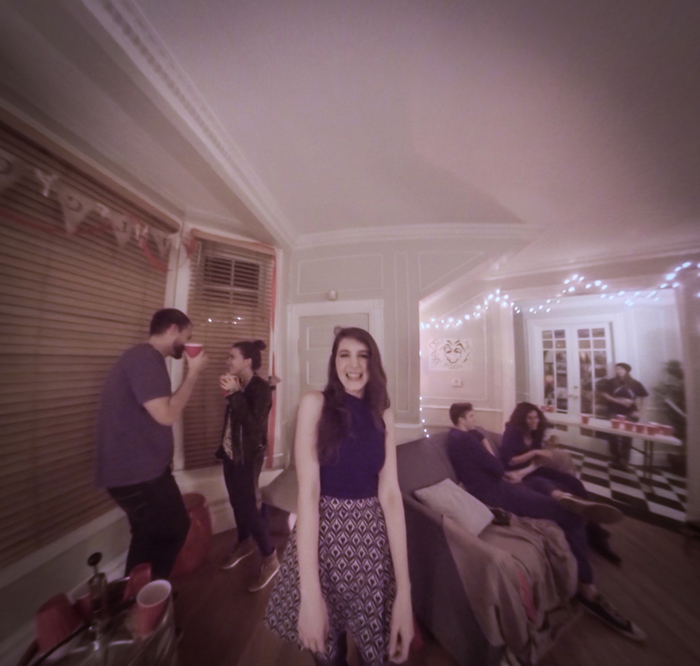 Perspective; Chapter I: The Party, 2015, Rose Troche, Morris May

Rose Troche and Morris May’s much discussed Perspective; Chapter I: The Party explores the power of virtual reality simulators to let us see the same event from different people’s perspectives, following a series of events at a college party from both a young man and a woman’s point of view. It makes for highly affecting and often uncomfortable viewing—a number of commenters have suggested it come with a "trigger warning"—and leaves a similar conclusion as Project Syria: that immersive works have as much power to sensitize us as to relax us.

Interactivity and multiplicity take a different form in Daniel Kwan and Daniel Scheinert’s acclaimed Possibilia, a multi-layered narrative experience in which a couple split into multiplying possible worlds as their relationship falls apart. It is a complex feat, in which layer upon layer of drama and footage coexists, and can be then split apart or multiplied at the touch of a screen.

Sundance works directly with a number of artists to develop their works through their Lab program. Among the Ocular Evolution exhibits, both The 1979 Revolution Game and Possibilia were developed in conjunction with the Lab. On reflection of what the particular value was in developing the The 1979 Revolution Game with the New Frontier Story Lab Vassiliki Khonsari states that it gave them “… the fortuitous experience to step out from the industry and really reflect on the art, as opposed to treating it as a product with commercial value.”

The New Frontier program sits poised at the dynamic point where independent minds from art, cinema, and diverse other fields meet, finding new expression through new media, technologies, and storytelling approaches. It presents a fascinating, fluid, and extremely fruitful conversation between the art forms, and seems likely to have a powerful influence in each direction. With the world of new technology and transmedia transforming on a near daily basis, and virtual reality reaching a new level of viability, we can only anticipate what wonders New Frontier 2016 will bring.