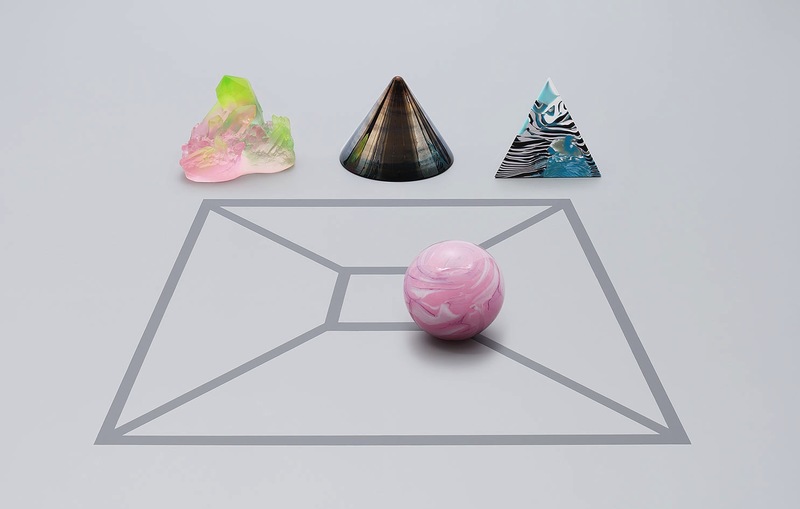 The Art Gonzo in 2014: A Round-Up of Randomness

As beloved Gonzo journalist Hunter S. Thompson once said: “When the going gets weird, the weird turn pro.” Despite 2014's many challenges, many in the art world and beyond carried on putting their best foot forward: when the going gets tough, the resilient pull through. While Kembra Pfahler performed with a cross in her ying-yang in Miami, ceramics and glass art saw some of the best new artists of the year. Airport art stays strong for those of us in WiFi-less layovers, and Russia sees new media art coming out of the woodwork. What we saw this year was that weird keeps growing, from retro museum furniture to best-of art bling. Here is one slice of it. 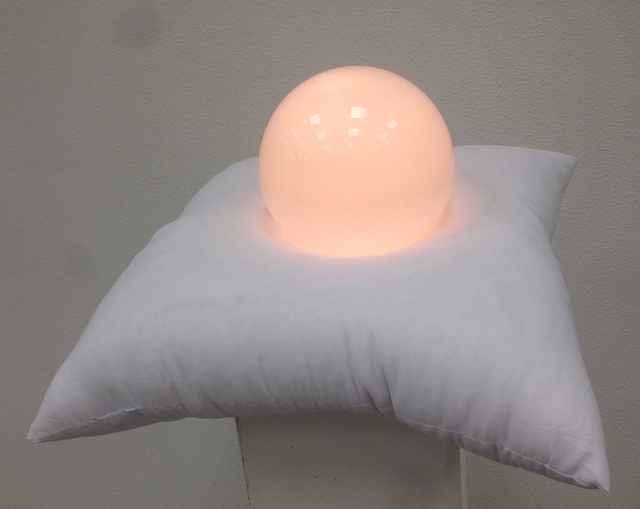 CYBERFEST in Berlin, a showcase of Russian new media, showcased the works of Peter Belyi, who uses round lamps in clever ways.

Miley Cyrus actually embodied the spirit of creativity, unlike many of her celebrity counterparts. From her alien choker to her glittery silver heart glasses, she was hard to miss while wearing a Moschino lime-and-pink mesh outfit that drew us back to the fly girls of In Living Color. 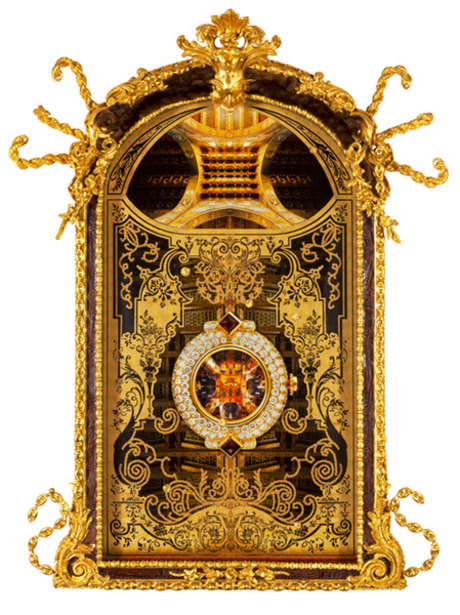 By combining baroque heraldry with hip hop vernacular, the latest in art bling includes the collages by Rashaad Newsome, who currently has a show on at Marlborough Gallery in New York until January 3, 2015. 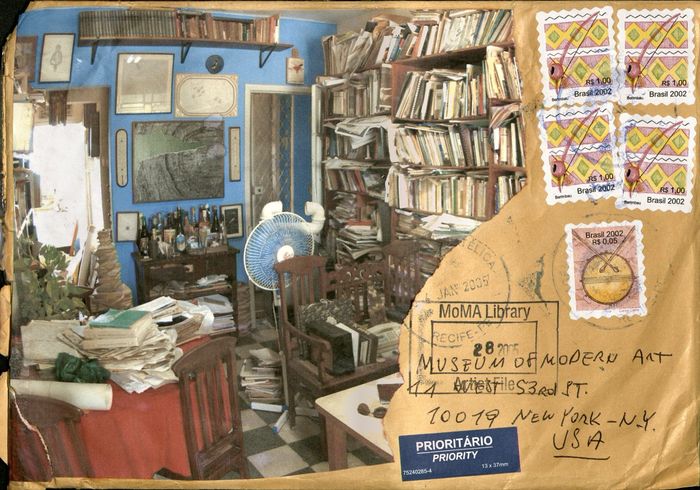 In a time when post is passé, the Museum of Modern Art’s Analog Network: Mail Art, 1960-1999 still had a huge impact this year, by showcasing works from Fluxus to digital networking.

The Lothar Albrecht Gallery in Frankfurt features About the Sky, a group show about clouds which runs until January 24, 2015, including cloud pieces by Oliver Boberg, which are handmade dioramas deceptively made of cotton balls. 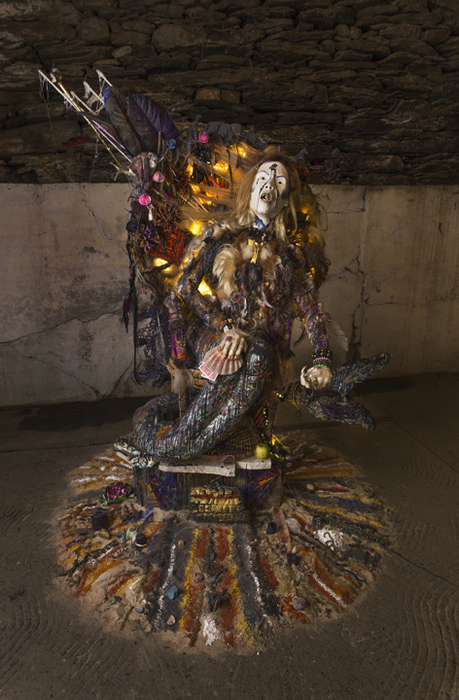 Ceramics are much more than just vases and Victorian teacups. Brooklyn-based Roxanne Jackson makes creepy, weird, but intriguing ceramics works that lead the way of this new school ceramics scene, including her latest piece, Feed Me Diamonds. 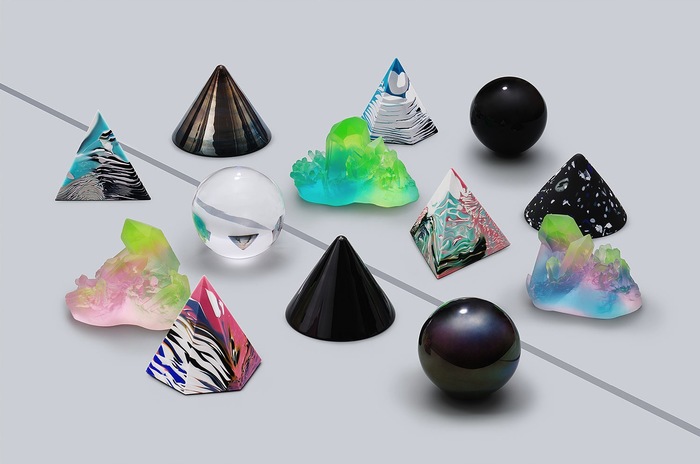 The highly underrated contemporary art scene of glass artists includes the work of Stockholm artist Sara Lundkvist, who uses glass casting and glassblowing for sculptures riddled with magic and mystical symbols. Her work is on view until June 5, 2015 at Konstfack in Stockholm. 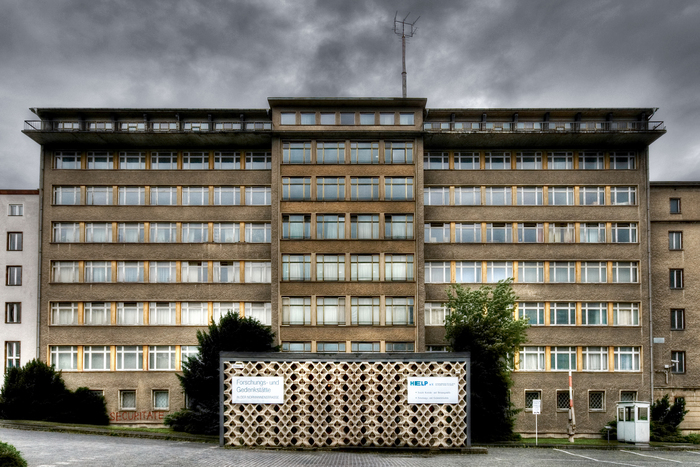 Courtesy of the Stasi Museum Berlin

The Stasi Museum in Berlin opens the doors to the once secret police headquarters in the former East Berlin, which relishes in the golden years of the DDR. It's filled with furniture from the 1960s and 1970s, and you can peruse through the offices of Erich Mielke who ran the Ministry for State Security from 1957–1989. 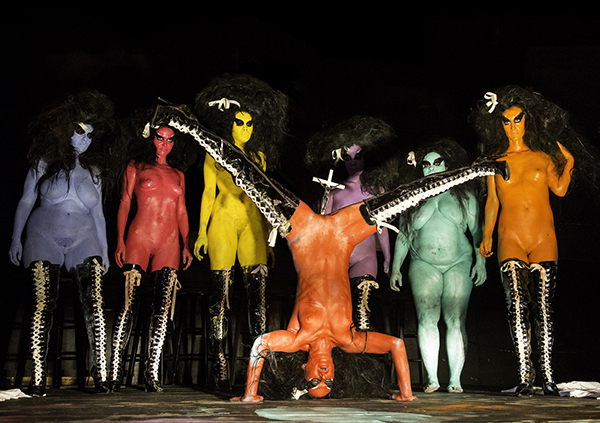 One show stealer from Miami this December was the Auto Body group show featuring 33 female artists in a defunct, 7,500-square-foot former Giant Motors auto body and mechanics shop. A highlight included a performance by Kembra Pfahler’s P.L.O.W. punk ladies of wrestling, set to the music of her death rock band, The Voluptuous Horror of Karen Black. The show tours next to Faena Art Buenos Aires. 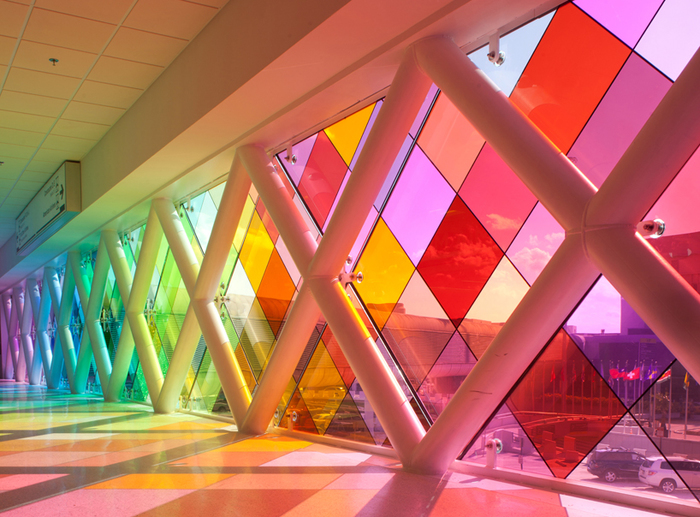 While traveling for the holidays, airport art is sometimes the only slice of culture we’ll see in a stopover. Even though Christopher Janney installed his colored-glass installation Harmonic Convergence at the Miami International Airport in 2011, it still is Instagram-worthy if you’re passing through.

Life in the Anthropocene: Environmental Exhibitions for the Human Epoch
1/6/15

What You Read: The Most Popular Articles of 2014
12/30/14
COMMENTS (0)
ArtSlant has shutdown. The website is currently running in a view-only mode to allow archiving of the content.