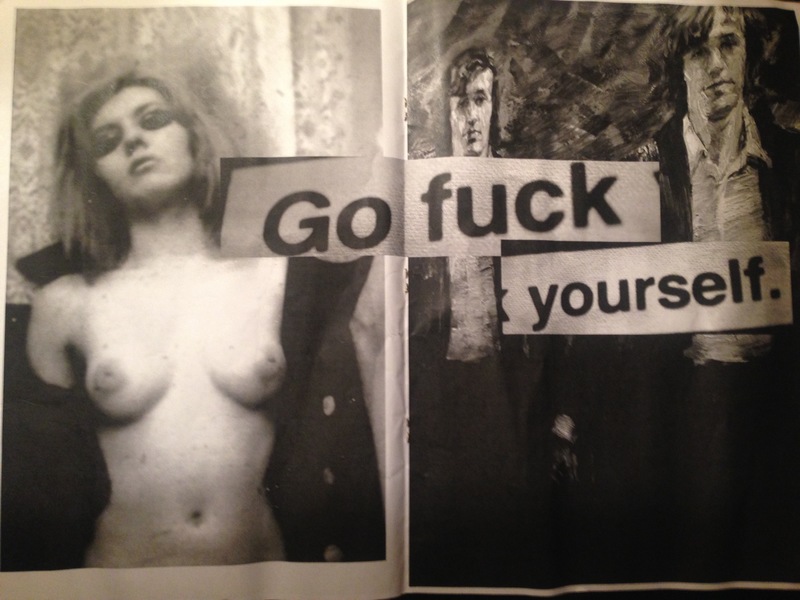 Cattelan Commands Italians to Shit and Die: A First Look

This past Wednesday evening, the arty crowd in Turin paid no heed to Maurizio Cattelan’s “exhortation.” Considering the line outside Palazzo Cavour, Cattelan's command, Shit and Die—the title of the most eagerly-awaited event of this year’s edition of Artissima—has not been taken literally by anyone. Rather than warily getting out of the way, shitting, or dying, a throng of curators, artists, critics, and collectors—myself included—couldn't wait to invade the rooms of the 18th century building.

This group show, conceived by retired-artist-turned-curator Cattelan, his partner-in-crime Marta Papini, and Palais de Tokyo’s Myriam Ben Salah, is a varied and bizarre constellation of objects, artworks, and stories that take Turin—with its history and peculiar cultural traditions—as a starting point. This "highly subjective, obsessive and irrationally non-exhaustive composition” (as described in the press release) is divided into seven sections and features works by 60 international artists.

As I walked through the crowded chambers of the Palazzo (it goes without saying that the most packed rooms were the open bar and the “Free Penis” area—see point no. 7, below), a short book by Italian writer Dino Buzzati came to my mind. The Great Portrait (1960) is a sci-fi novel that tells the story of an anguished scientist (Endriade), who tries to create a giant, talking computer-machine, buried under a mountain. Endriade’s venture is driven by the will to revive his dead wife Laura in the form of a mechanical, everlasting mechanism, and the result is an incomplete, personal, and desperate portrait of a beloved and lost person. I thought of Shit and Die as a sort of eccentric, capricious portrait of Turin, flawed and imperfect as the creation of Buzzati’s scientist. Nothing in this show aims at completeness; coherence and rigor make way for imagination and sense of humor.

In case you ended up in Turin, here are a few exhibition highlights (and suggestions): 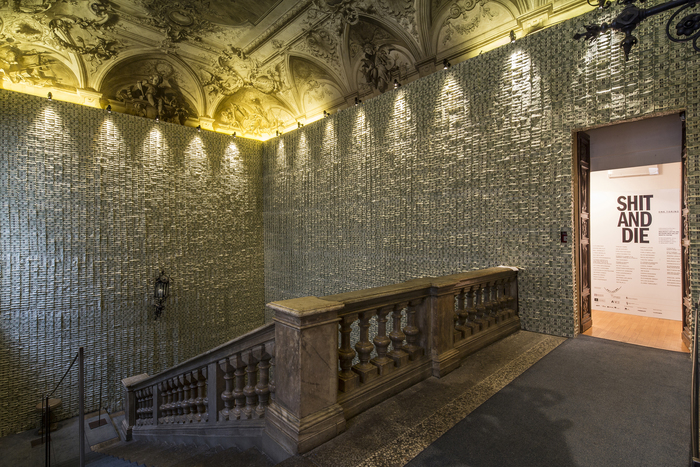 1. When you climb Palazzo Cavour’s majestic staircase, please don’t tear off all the one-dollar greenbacks that cover the walls. That is an installation by Eric Doeringer. It plays with the notions of accumulation, serial production, and assembly lines, in relation to Turin’s industrial tradition. If money can be industrially produced, can happiness also be manufactured? 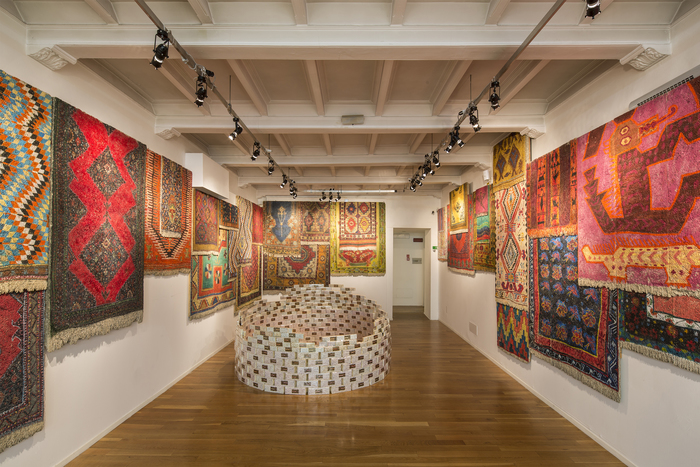 2. Don’t miss the room devoted to Turin artist Aldo Mondino. It features his multicolored rug-paintings and a tower made of torroni—resist the temptation to pocket one of them and, if you’re hungry, go to the first pastry shop around the corner. 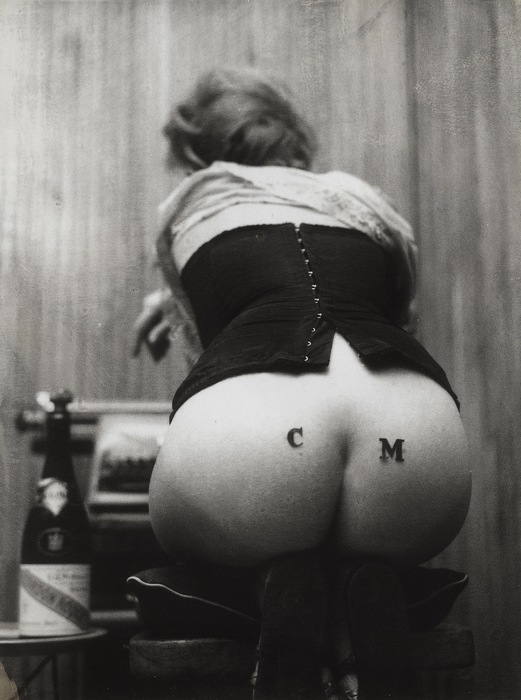 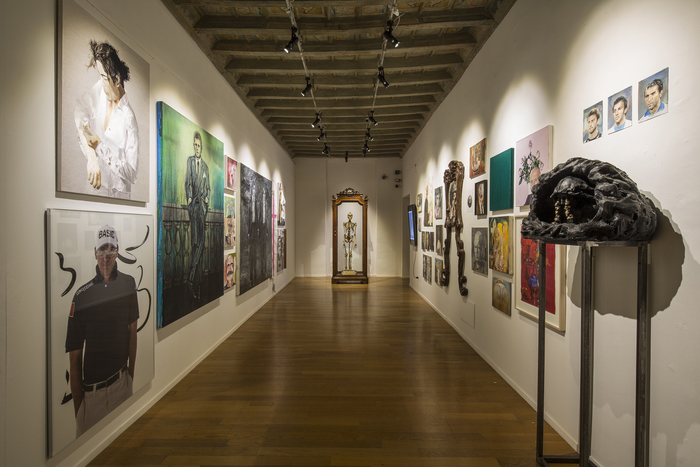 4. Admire a contemporary version of a portrait gallery inside a Piedmontese Palazzo: one room hosts the painted portraits of celebrities from Turin (including starlets and singers), made by artists such as Will Benedict, George Condo, Lara Favaretto, Francesco Vezzoli, and many others. In a corner of the gallery, a glass case containing the skeleton of Professor Giacomini—the founder of the Museum of Human Anatomy in Turin—will remind you of the vanitas inherent to any portrait. 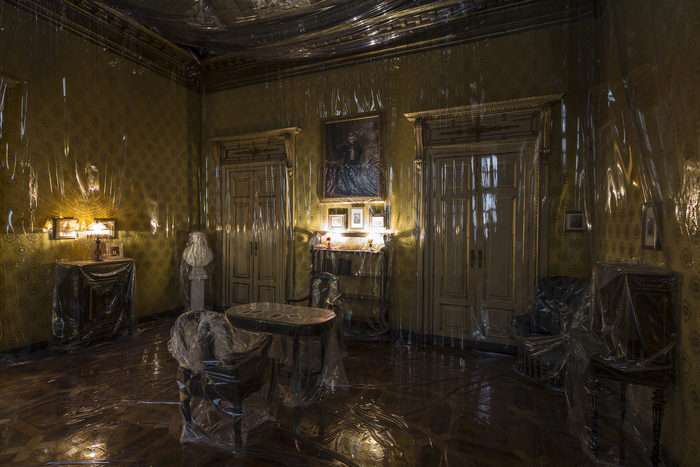 5. “Fetishit” is one of the most visually effective sections in the exhibition. Here you can see the original studio of the first Italian Prime Minister Camillo Benso the Count of Cavour (1810-1861), completely covered by a sheet of transparent material. Sniff the odor of plastic in the room and imagine the specter of Cavour wandering around. 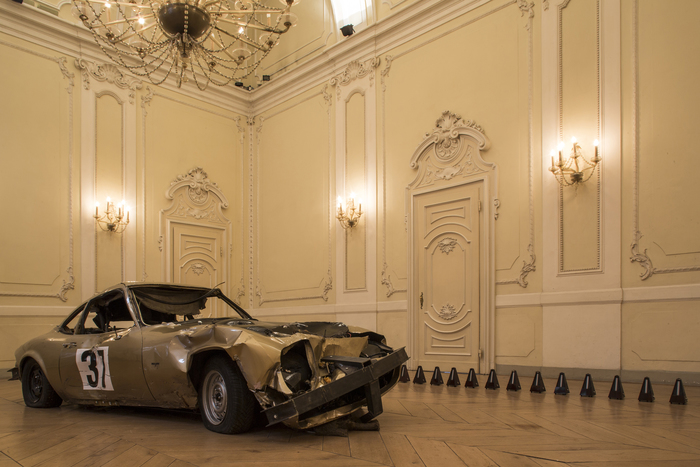 6. Enter the last room and try to remember how long you’ve been in the Palazzo. The sound of Martin Creed’s 39 metronomes will make you think: it’s time to go. 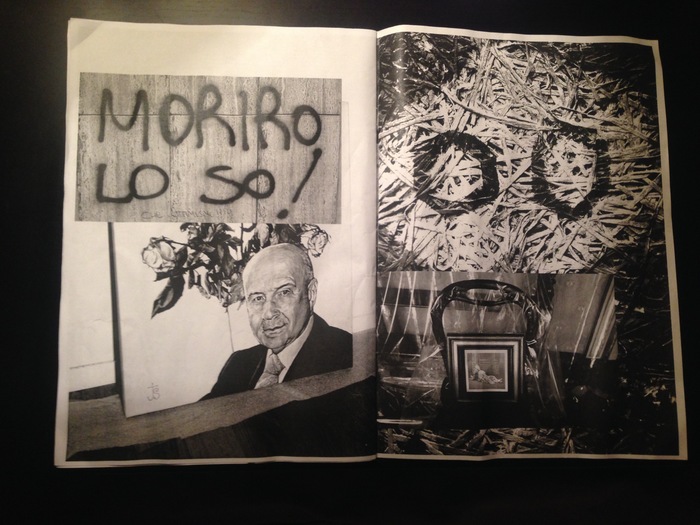 Ari Marcopoulos' fanzine. Did you think we'd show you the penis? That would spoil the surprise!

7. But before leaving, don’t forget to pop in the ”Free Penis” area. There you will find artist Ari Marcopoulos welcoming you with a curious photo fanzine (penis is inside!)