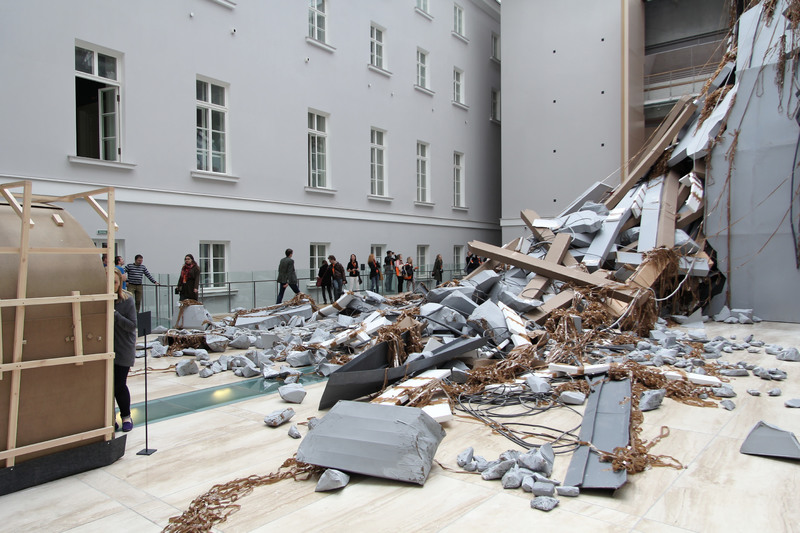 The subtle subversions of Manifesta 10

Engagement with local contexts has been a strength of the Manifesta biennial from the outset. The nomadic biennial has been addressing the changing realities in Europe from its start in the early ‘90s, with each edition selecting a different European city or region as its host, with a preference for peripheral and contested areas; for instance, the last edition took place in an old coalmine in Genk, Belgium. For its 10th anniversary Manifesta has organized its easternmost edition to date in St Petersburg, Russian Federation. The main exhibition is located in the buildings of the State Hermitage Museum, a 250-year-old institution that seems surprisingly established for a Manifesta. However, contemporary art is still quite unfamiliar to the museum and the Russian audience. Engaging with this conservative context was a challenge for Manifesta, even more than anticipated.

Manifesta is used to navigating difficult terrain, but during the run up to the event the Russian political context escalated. Not known for tolerance and freedom in the first place, conservatism and authoritarianism in recent months have drastically increased. The anti-gay propaganda laws, occupation of the Crimean Peninsula, and Russia’s continuing involvement in the conflict in Ukraine have heated up the situation for Manifesta. Through multiple petitions for a boycott, cancellation, or postponement of the biennial, with some important artists even withdrawing, Manifesta has stressed the importance of staying with missionary-like passion, maintaining that isolation only worsens the situation. Curator Kasper König stated that “Russia is more than a government—it is also a society, and the exhibition is for the whole public.”

Apart from these wider political complications Manifesta encountered problems with the Russians in situ as well. The city didn’t live up to financial agreements causing the local staff to work without pay for two months, and the State Hermitage Museum proved equally difficult to work with: conservative, bureaucratic, and inflexible, unnecessarily slowing down and complicating the production of the exhibition. König uttered the occasional sigh of desperation about the feasibility of opening Manifesta 10 even in the later stages of preparation. But the biennial has made it through all of this and the current situation in Russia possibly makes this Manifesta even more relevant. 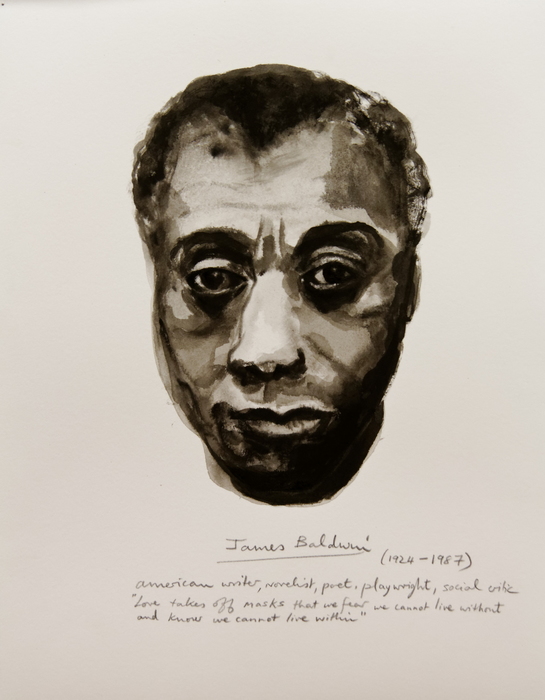 The fact that media attention leading up to Manifesta 10’s opening was dominated by these political and organizational issues might cause some to judge the biennial purely on activist nerve. The reality is that Manifesta has to walk the fine line between Western values and expectations of activism on the one hand and the limits of Russian law, inevitable censorship, and potential cancellation on the other. Provocations aimed at the Russian government would only have resulted in artists not being able to speak at all. Keeping that in mind, sensitive topical issues are addressed in a very clever way. There are some explicit political statements—like Marlene Dumas’s portrait series Great Men, including Russian homosexuals—that are quite controversial. In the catalogue she states “laws should protect us from hatred and not from love.” Other statements like Boris Mikhailov’s photographs of the Ukrainian Maidan protests just aren’t that interesting, making his inclusion seems more motivated by political correctness than artistic necessity.

More often politics lurk beneath the surface of the works. In one instance it even is on the surface, but you wouldn’t even notice. Olivier Mosset, famous for his abstractions, has made four monochrome abstract paintings, each a different color. At first glance they are autonomous and intriguing and the Manifesta pocket guide praises their formalism and geometry. However, neither the guide nor the catalogue reveal that Mosset’s color choices are based on the colors of the balaclavas of the Pussy Riot band members. This subversive subtlety is employed elsewhere, as in a work of Henrik Olesen featuring a photograph of Brandon Teena, an American transgender who was raped and murdered because of his identity. Again, in the pocket guide the formal and art historical side of the work is highlighted, not Olesen’s interest in the representation of sexual identity. These examples illustrate the clever ways the artists and curators have dealt with sensitive issues. It is a hidden layer that can be felt throughout; political statements are intelligently whispered instead of shouted. For those looking for more topicality, the extensive Public Program will critically respond to the current socio-political circumstances. 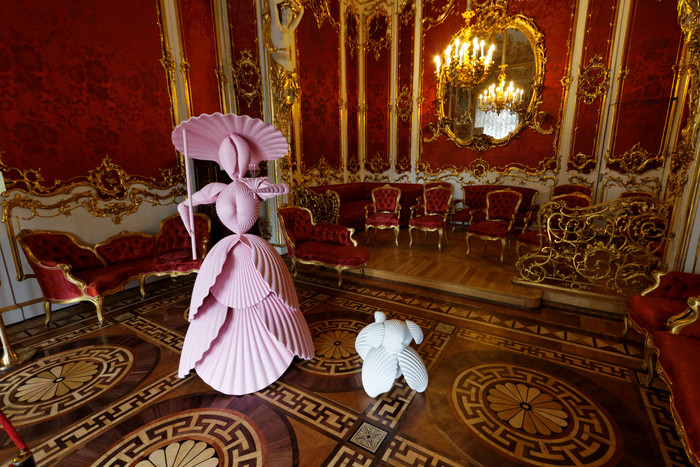 Adding further layers to Manifesta 10 are the ways in which it deals with contexts that are, for instance, more historical or spatial. One third of the exhibition takes place in the rooms of the famous Winterpalace and the New Hermitage. Here artists enter a dialogue with the amazingly opulent building, the collection, and its rich history. Yasumasa Morimura photographically reconstructs the state of the Hermitage during World War II with empty frames on the walls; a sculpture by Katharina Fritsch smartly addresses tourism, history, and the kitschiness of the rococo palace; and Karla Black’s installation highlights the tactile and the space’s materiality.

The majority of the work can be found in the General Staff Building, a newly renovated section of the Hermitage that houses exhibitions of modern and contemporary art. The huge atria host some of the exhibition’s highlights like the imposing work by Thomas Hirschhorn: a four storey, partly collapsed Soviet flat made from his signature cardboard and packaging tape. The title Abschlag is a term meaning that an important part of a whole has been cut off. When you stare into the still visible apartment interiors, you find works by important Constructivists from the State Russian Museum collection decorate these living spaces. They suggest that more is cut off than just a part of the building; there are also some unfinished ideas, histories, and ideologies present here.

As an art world veteran Kasper König doesn’t hide the fact that he might be a bit old fashioned—the exhibition is quite safe in its choice of established artists and traditional in its media. But in a turbulent time and place like this, Manifesta 10 is an intelligent confrontation with contemporary art for the Hermitage and its Russian audience.

Momentum 8: The Narcissist Biennial?
6/15/15
COMMENTS (0)
ArtSlant has shutdown. The website is currently running in a view-only mode to allow archiving of the content.