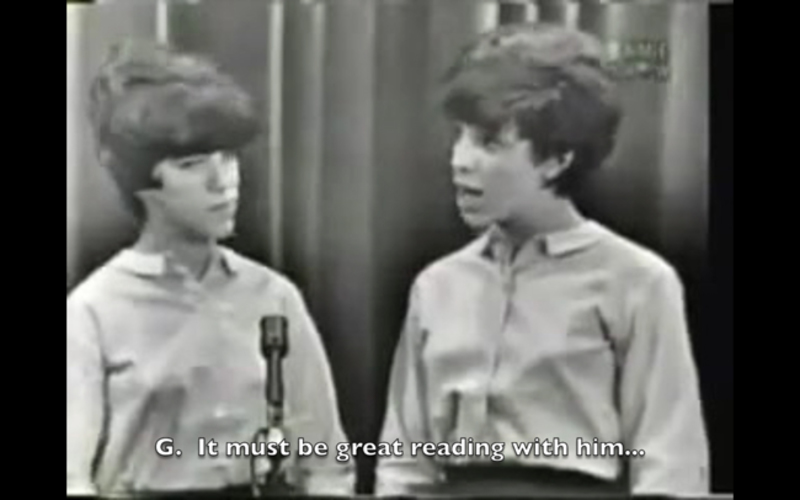 Flotsam and FeedbackFeedbackLoopLoop at 500X

On a cold and (believe it or not) snowy day in Dallas, Texas I found myself at the entrance of 500X Gallery on the last day of Flotsam, an exhibition of work by Christine Bisetto and Kerry Pacillio. I was familiar with Bisetto’s work and was making it a point to see the show despite the growing cold and my 3-hour drive back to Austin. The show is down now so I’m glad I did get to see it and can tell you about the work because these two women created an interesting balance between form and emotion, content and color. Like two different phases in the career of Louise Bourgeois, Bisetto and Pacillio make work with a distinctively smart and feminine edge. 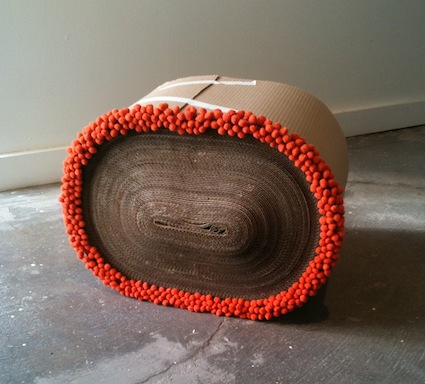 Christine Bisetto- For a While and Never

Christine Bisetto’s work is tactile joy, made from found, recovered, and left over bits of her everyday. 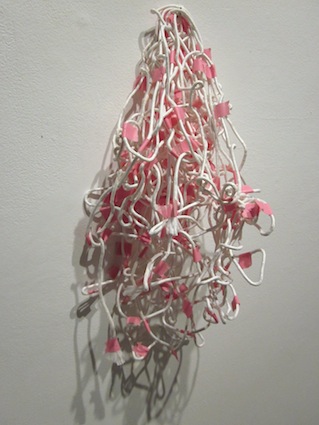 For this show she looked to both her work in the education
department at the Modern Art Museum of Fort Worth and her home as source material. At first glance
they may seem like art supplies just waiting to be used or detritus that has
been left behind after a day of crafting, but upon closer inspection
these sculptures are arranged with care. While and Never, for example, or After, a wall piece made of rope and tape, both display ordinary materials arranged and
rearranged until they become precious and new again. 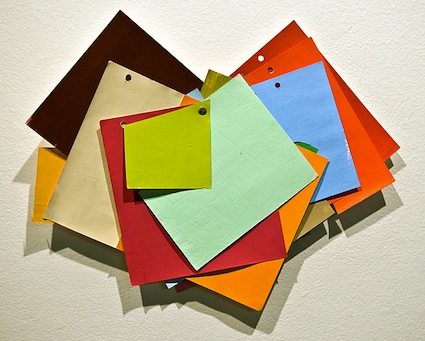 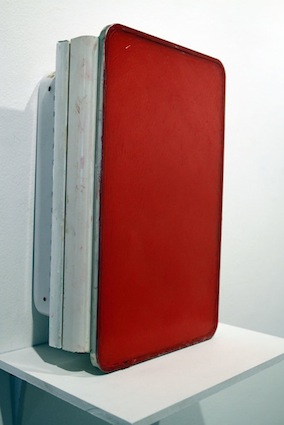 Kerry Pacillio’s work blends formalism with dark humor. She is the quiet girl in the corner who is unnoticed even though she herself is aware of everyone else in the room. A cross between Brian De Palma’s Carrie and The Sartorialist . Pacillio’s work at its best is filled with glamorous rebellion and repulsion. 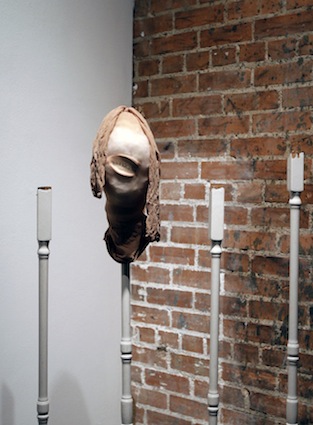 Young in her career, some of Pacillio’s pieces show more potential than resolution. But the ones that are solid like Fire and Ice, a bathroom mirror cabinet covered in Revlon’s "Fire and Ice" red lipstick or Bobby Peru, a humorously awkward section of banister dressed with a Grey Gardens mouthy pantyhose head and referencing the film Wild at Heart, both are dark and uncomforable and make me want to come closer despite my fear that I may learn too much about the work and myself as I’m looking. 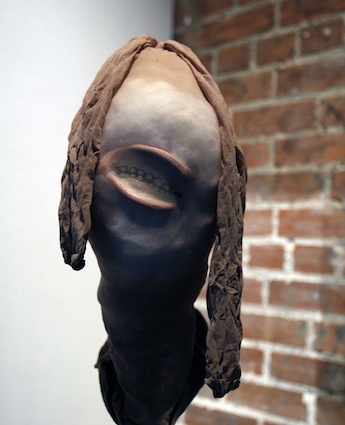 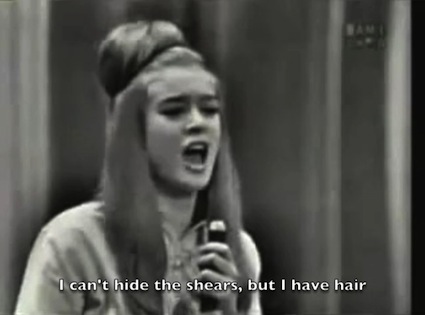 Carter and Goldman- The Lieder of the Pact- video still

FeedbackFeedbackLoopLoop installed in the downstairs project room also deserved your attention. A visual conversation between 500x member Rebecca Carter and Andrea Goldman, the room is filled with work that is responding to conversations, research, and moments of inspiration linked to Alain Badiou’s 1982 text, The Theory of the Subject. The drawings were made with a call and response structure, the first drawing in each framed triptych responding to a page in the text. The second drawing responded to the first, and by extension the original text. There are 12 of these drawings in addition to a video shown on a flat screen which was on the far right wall of the gallery and was inspired by the 1960′s girl band The Shangri-Las. Finding the project room and this installation was one of my favorite moments in the afternoon. While watching the video, considered a work in progress, I found myself smiling at the images and reading into the references within the lyrics, screen text and finally the drawings that surrounded me.