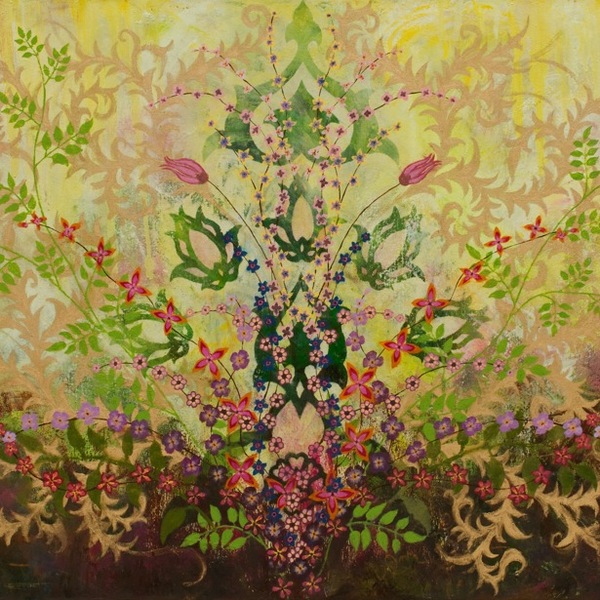 Tamara English is an artist living and working in Portland, Oregon. She graduated from Pacific Northwest College of Art with a Bachelor of Fine Arts in 2004, and has exhibited extensively in the Pacific Northwest. Her paintings have been featured in solo and group exhibitions in museums and galleries nationally and internationally, including the New Orleans Museum of Art, Turner Barnes Gallery in London, and Addington Gallery in Chicago. She has participated in art fairs in New York and London. In the past three years, English has been awarded several grants from the Regional Arts & Culture Council in Oregon, including a grant for an exhibition in the Portland Public Library system. English’s work is in public and private collections throughout the world.

Tamara English’s work focuses on the personal sense of the eternal beyond any specific religion. The oil paintings integrate the visual vocabularies of medieval European illuminated manuscripts, Middle Eastern tile-work, quantum physics, and abstracted forms derived from the natural world. In particular the paintings reference the rhythm and movement of decorative elements found in mosques, Turkish dervish lodges and fifteenth century French books of hours. The central concern of the work is the inner atmosphere referred to in mystic traditions as the subtle realms, and the experience of the infinite according to individual understanding. For more please visit: tamaraenglish.com