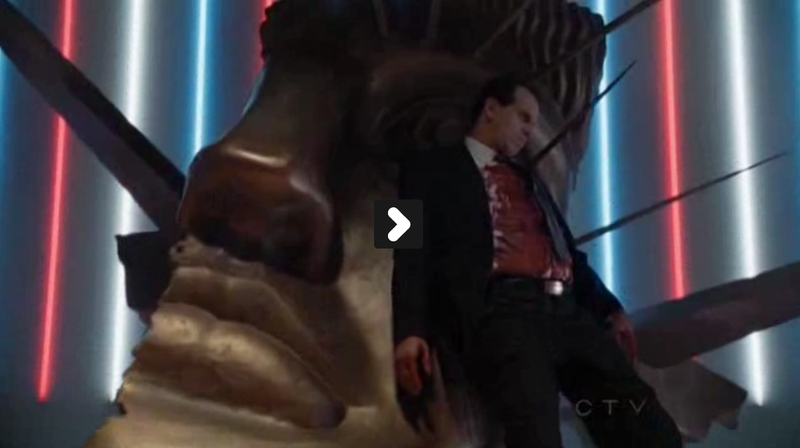 London, Oct. 2012: Artists are accustomed to being cultural commentators, not the objects of others’ creative imaginations. Yet, as Aslı Çavuşoğlu observes, artists are also subject to stereotyping and artists can be fodder for extraordinary mass fantasies.

For Murder in Three Acts, part of the 2012 Frieze Projects series, Çavuşoğlu is directing a professional crime drama crew in a live performance during the Frieze vernissage. She is employing her research into the use of art settings, artists and art-works in popular mass dramas and crime shows to stage a situation reflecting the ways art is viewed by TV audiences.

Murder in Three Acts takes these ideas further as Çavuşoğlu playfully investigates how stories, assumptions and prejudices about art can create an artwork. Here, she shares her evidence, accumulated from research into television’s representation of art and artists, before staging her performance at Frieze. 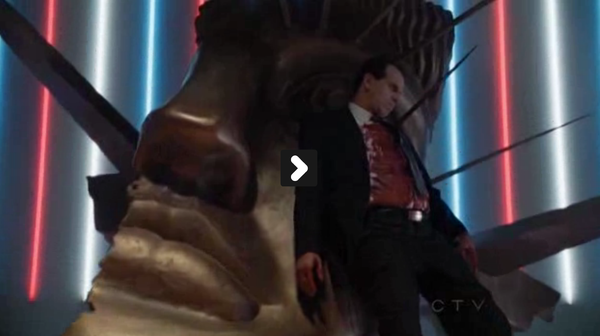 Ana Finel Honigman: In your research, what are the main assumptions or expectations about the personality and moral character of artists that television viewers seem to share?

Aslı Çavuşoğlu: It’s difficult to generalize a representation of the artists as it evolved in the history of film and TV. The image of the rebellious, outsider, bohemian, eccentric and broke artists whose work cannot please their patrons has been coexisting with the image of chic, healthy-wealthy, respected artists who have integrated into society. One of the first films depicting an artist was The Artist’s Model (1907) in which a poor artist’s model was seduced by a rich patron. Patron and artist were represented as completely different sides of the coin. On the other hand, Sex and the City’s Carrie Bradshaw falls in love with a Russian artist, who can offer her novel experiences and is also as wealthy as her ex-boyfriend Mr. Big. Art Historian J.A. Gaertner puts these recurrent myths or patterns in artists’ biographies in fifteen categories: infant prodigy, the genius who dies young, the artist as a bohemian (a justified form of artistic behaviour), the artist as madman or sick genius, the suicidal artist, the tragic artist who achieves posthumous glory, the great or princely artist, the healthy artist, the primitive artist and so on. Artists might appear as killers, passionate lovers, lunatics or haters. They offer a rich personality palette.

An exhibition in a film appears as a representation of representation where the authorship of the exhibition often merges with art director’s props and real artworks. In Moulin Rouge (1952) by John Huston, you can see the shots of Toulouse-Lautrec’s actual paintings and posters, but also of a forged portrait, which simulates his style executed by a famous Lautrec forger. One day, if all the Lautrec paintings perish and the film would become the museum of Lautrec’s oeuvre, it would include the forged version too. You might have noticed, the extras acting Middle Eastern people in Hollywood films are usually of Hispanic origin, having an effect on our imagination of Middle Eastern people’s appearances: Life imitates Art far more than Art imitates Life. Not surprisingly, that is also a title of a CSI episode. 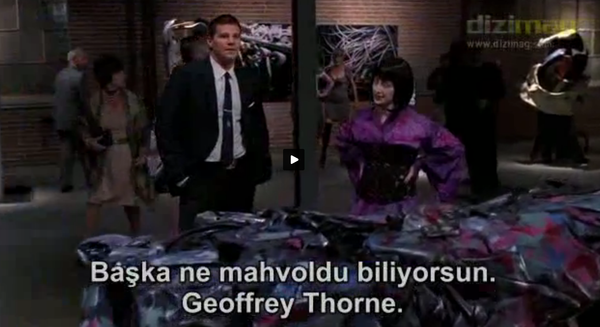 Aslı Çavuşoğlu, Bones, Art work as a crime scene; Courtesy of the artist and Gallery NON.

AFH: What genre of art or artistic aesthetic is referenced most often in popular media? Why do you think this style represents "art" for a general public?

AÇ: The medium of the artworks varies on the profile of their target viewers; yet, we can talk about the dominancy of painting and sculpture on screen in general. It’s also possible to see performance pieces, like Daryl Hannah performing a Laurie Anderson-inspired piece in Legal Eagles (1986).

My research is based on TV shows, especially on crime dramas. The artworks represented there are usually related to the main plot; they don’t remain as background objects. Classical, representation-oriented art is more appreciated by the characters, like a classical portrait of a person or a still-life painting. Experimental artworks—I can’t really call them works of contemporary art—are either too abstract, or badly executed caricatures of contemporary art. You can see the detectives or forensics experts mocking these caricature works of contemporary art and their over-valued states.

AFH:  What is the most bizarre use of art that you've encountered in a show?

AÇ: I like the representation of artworks where some sort of evidence, a dead body, a testament or a murder weapon is hidden inside of the work; the only way to get truth out of them is by destroying them, implying a destruction to enter beyond the representational state of the artwork.

AFH: What kinds of characters are most disposed to use art as a weapon?

AÇ: Mostly artists and dealers. I remember a Bones episode where an artist kills his neighbor next door, because of his disturbing alarm clock which made the artist unable to work on his retrospective show.

AFH: How does this work relate to your concerns and interests, such as regret, memory and communal narratives, from previous projects?

AÇ: I like classic detective stories in which the detective devotes the whole power of his mind to the search and discovery of the truth. The goal of the detective is to tell the story of a past event that remains otherwise unknown and unexplained by filling in the blanks of a broken story, almost like a historian. The detective utilizes fingerprints, forensics profiling, crime photography, tools designed to convert the body into a text to be read. The detective functions as a lie detector producing and redefining the truth. The detective is the only person who can reproduce the truth as he reveals a code that only his trained eye is capable of reading. I find this activity of the detective/forensics scientist similar to art professionals who deal with meanings and values of artworks. Art professionals deploy their knowledge in order to produce the true value, meaning or interpretation by converting an artwork into a readable text. The art professional and the forensic investigator’s grounded expertise enables them to legitimize their interpretations and thus to write the history of a murder or the history of art. 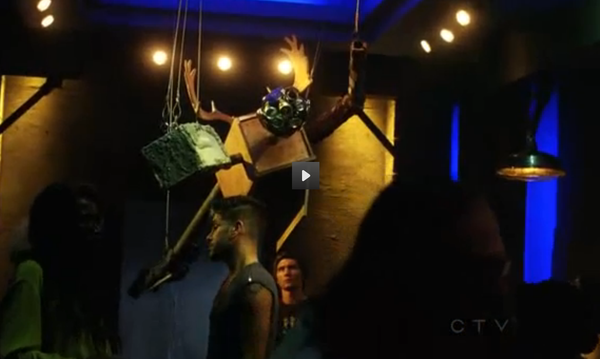 AFH:  Why is Frieze the right setting to present this project?

AÇ: Frieze Art Fair is one of the best places to make the legitimizing process visible as all the pieces being shown there are already recognized/accepted/interpreted artworks successfully placed in circulation. When seen alongside my project, all the art on view becomes part of my project. It is all part of my oeuvre, at the end.

AFH: What do you think people outside of the art community want and expect from art?

AÇ: I am not sure what is outside and what is inside of art considering that contemporary art is a tiny bell jar compared to other art communities such as folk or modern art.

ArtSlant would like to thank Aslı Çavuşoğlu for her assistance in making this interview possible.

Posted by Ana Finel Honigman on 10/7/12
Tags: video-art, performance
ArtSlant has shutdown. The website is currently running in a view-only mode to allow archiving of the content.