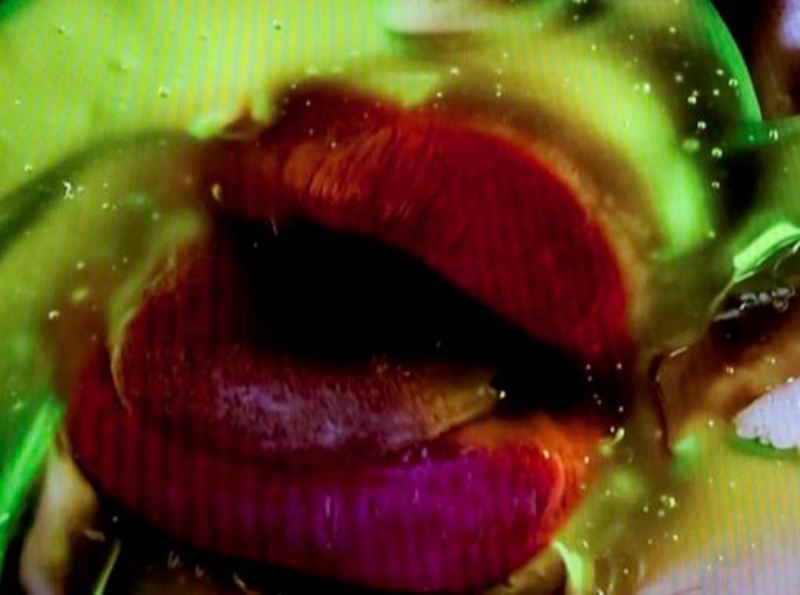 Denmark's Jewel in the Crown

It was afternoon. In Copenhagen. A charming, too-handsome-for-words mutual acquaintance relayed the news that Denmark had been crowned the richest country in the EU. I couldn’t vouch for this, but its capital appeared to be the most sustainable of all the conscientiously green cities I’d visited in northern Europe. Of course I wasn’t travelling all the way from America to Scandinavia for wind farms, organic elderberry juice, or even the first-time thrill of ordering drinks at an honest-to-God Ice Bar.

I came nearly 4000 miles to visit the Louisiana, Denmark’s jewel of an art museum located about a half hour north of the capital. After a comfortable train ride from Copenhagen’s central station, I ambled through the quiet, verdant (but rainy--bring umbrellas...) village of Humlebaek to reach my destination. What a spot! Suddenly, one or two low-slung buildings appeared, meandering across acres of lush green landscape in a glorious sculpture park overlooking breathtaking views of Oresund Sound and the distant Swedish coastline. This is the very site Wal-Mart heiress Alice Walton and architect Moshe Safdie explored while planning her new Crystal Bridges Museum of American Art which, much like its Louisiana inspiration, rambles today through meadows and forested areas of the Ozarks in Arkansas.

Where the curious appellation Louisiana comes from, it turns out, has nothing to do with America’s proud and beleaguered southern state, or indeed anything at all to do with US matters across the Atlantic. The museum’s name is inherited from the first owner of the property, Alexander Brut, who decided to name his villa in honor of his three wives--all of whom happened to be named Louise!

The museum itself was created in 1958 by its founder and first director Knud N. Jensen, who hired architects Vilhelm Vohlert and Jorgen Bo to complete the first three buildings that were connected by a series of covered glass corridors.

Today, as I weave my way through these same sleek corridors I see clumps of weary pilgrims nearing what I imagine as a last lap of summer’s grueling art-fair circuit. I spot a more cheery sight--a tall, happy-looking family in hiking gear clustered around a museum diagram. I decide to introduce myself and tag along as we make our way from the South Wing to the East Wing via part of the Underground Graphics Wing, until pausing above ground in a sudden burst of luxurious sunlight that flooded the Sculpture Park. The happy hikers and I have been full of good cheer and grateful for our many meditative moments during the nearly two hours we’ve spent together exploring PINK CAVIAR, the museum’s impressive presentation of more than 180 new acquisitions and donations to the collection.

Over fifty artists from around the world are represented here with works in all the genres--sculpture, painting, installation, photography and video. Here are some personal favorites.

Video leads off with New York painter, photographer Marilyn Minter, who toiled for decades as an outspoken feminist/activist provocateur before becoming today’s You Rock art sensation. She has noted in interviews that much of her work deals with the “hunger and insatiability” of contemporary culture and to that end her now-famous HD video Green Pink Caviar has become emblematic. Here is a hypnotic eight-minute study of eroticism (or carnality, take your pick) with a luscious-lipped model licking and swirling her tongue over a pane of glass the artist has smeared with sparkling, candy-colored goo. The entire scene is filmed from underneath the glass. Minter’s pointed critiques of fashion and glamour succeed in making viewers squirm at the same time they’re being seduced, over and over again. 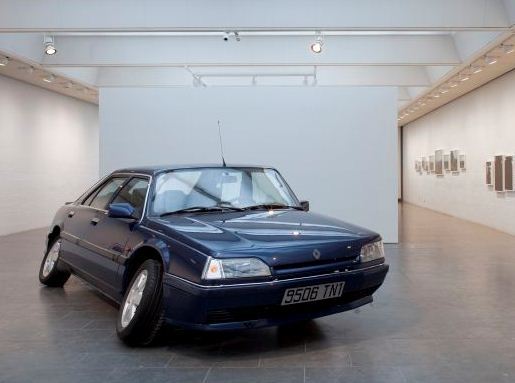 Sculpture/installation is well represented in the show with two standouts, Austria’s Erwin Wurm and Shilpa Gupta from India. (It must be noted that many of the superb en plein air Henry Moore sculptures, a classic Dubuffet behind the cafeteria and one of Richard Serra’s sublime rusted iron works, wedged into a leafy ravine, though not part of the Pink Caviar collection, are all works not to be missed.) First up is conceptual prankster Erwin Wurm, who always surprises and often perplexes me with his sly, absurdist pieces. The wickedly skewed blue Renault on view which he fabricated in 2009-2010 must be the anorexic flip side of his bloated, tragicomic “fat sculptures” such as Fat House, Fat Car. Haven’t we been squeezed? he seems to be asking. Are we not lost today in a global depression and feeling pretty twisted ourselves? I have the mad urge to try and contort myself into a pretzel, wedge myself behind the wheel of his Renault and drive right out of the gallery.

After lunch I come upon Shilpa Gupta’s sculptural piece Singing Cloud to see that this work was already establishing itself as a hands-down museum favorite. There looked to be a parade of adults along with throngs of children huddled around (and beneath) the artist’s hanging mass of 4000 black microphones that had turned into speakers. At first, as I stood amidst the bizarre sounds emanating from its 48-channel audio, it felt like a giddy, we are the world experience, perhaps suggesting a standard for our multicultural age. But the message I heard repeated, “I want to fly high above the sky,” felt a bit mysterious and disconcerting. Gupta comes from Mumbai--a female artist working in a country with a population topping 1.22 billion. I learned that for twenty years she has been exploring questions critical to an evolving India in our age of massive global change--matters of identity, diversity, of navigating borders. Her insistent notions about free will and connectivity have frequently become the underlying messages of her interactive art. These days Gupta’s work can be seen in major exhibitions around the world and it appears that she will continue to keep on asking the big questions. I scribbled in my notebook, “New favorite! Find out more!”

In 1981 American photographer Francesca Woodman took her own life by jumping off a building in Lower Manhattan at the age of twenty-three. From the start, she displayed confidence as an artist, full of bravura as she put her own body on display as the central subject of her work. For years, a cult-like fetishistic admiration of Woodman grew. Now, thirty years later, full-blown exhibitions of her intense black-and-white photographs are being praised all over again. The Louisiana Museum adds Woodman to the roster with striking results. Her body would often appear sylphlike and half-hidden in abandoned, often derelict interiors--her figure emerging from a piece of peeling wallpaper, for example. Woodman never saw herself as a feminist but used her body as a device to set up the often creepy, Surrealistic scenes she had in mind. (Man Ray and Hans Bellmer would be proud.)

Her father, artist George Woodman, declared in a recent documentary “The Woodmans,” that his daughter had taken the “psychic risk of being an artist.”

I have saved the best/worst/most horrifyingly impressive work for last. 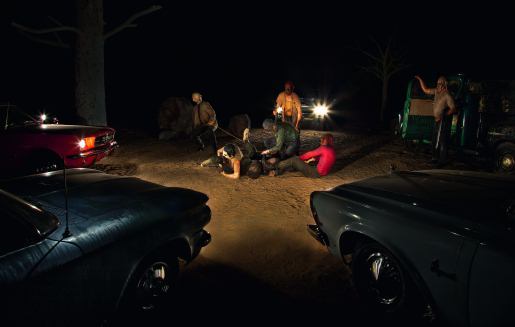 Edward Kienholz’s Five Car Stud (1966-72) is displayed in a dark space lit by the headlights of four cars and a pickup truck encircling a life-size tableau spread out before you. I’m not sure anyone is prepared for this as you walk down a steep ramp. Like a punch in the stomach. I overheard one father tell his approximately ten-year-old son before we entered, “Oh, this is the scene of a car accident.” I wondered how that boy interpreted such a graphic display of racial violence. A group of white vigilantes wearing grotesque clown masks are holding down a black man in order to castrate him for drinking with a white woman in his truck. Get closer and you see that the victim’s torso lies on the ground in the form of a pan of used oil with letters floating around, eventually spelling N-I-G-G-E-R. The original Five Car Stud was seen only once, at Germany’s Documenta V in 1972. Before its recent presentation (jointly organized by the Louisiana Museum) earlier this year in Los Angeles at LACMA, it had been in storage in Japan for almost forty years and had never before been shown in the United States. Kienholz was showing us a shameful part of American history whose traces we’re still discovering today in a US election year.

The Louisiana Museum of Modern Art is quite an extraordinary experience. A true jewel in Denmark’s crown. And a 4,000 mile journey I’d gladly repeat any time.

Posted by Nancy Jones on 8/13/12
RELATED ARTICLES
COMMENTS (0)
ArtSlant has shutdown. The website is currently running in a view-only mode to allow archiving of the content.