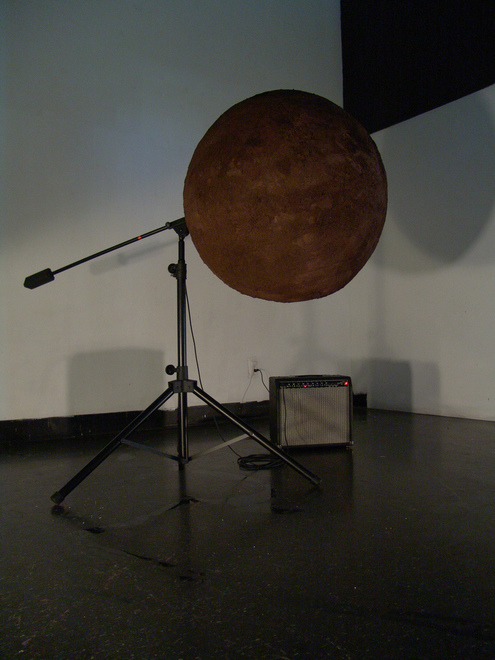 Some Humans and Nature

The human/nature divide has long concerned art as well, whether as a separating or uniting influence between the two sides. A new show curated by Josh Hite and organized by Will Owen, Alone in the Wilderness at the Vera Art Gallery, accesses nodes and fissures in the interface between humans' perception and nature's duration. Clearly there is no inhuman perception of nature that we could possibly experience, but the artists assembled here speak to the possibilities for natural understanding within human perception.

The show contains four pieces, one by each artist. Each offers one possible representation of our place in nature and the implications thereof. Hite's videos, Mate, Extras, Trophies and Trespassers, 2011, (viewable online here) are taken in the woods, of hunters, trail-walkers, and assorted outdoorsman playing around with the cameras and each other. The artist points to the technological aspect of the human ecology, the bizarre addition of people to the landscape, what is unreproducible in nature. These videos don't represent nature, they represent a human undertaking that, even at its friendliest, is constantly passing through.

Billing's Dung Beetle and the Murmurous Silence of Castle Keep, 2011, imbues the literal world of the dung beetle, its balled waste, with the significance of a heavenly body or complete ecosystem. This representation is non-essentialist; it does not attempt to make snide inferences about the motivations of natural creatures, instead gives this lowly bug an equally significant existence to humanity that some might deem below us. The Ryan Peter piece Bird, 2011, is a painted abstraction that nests comfortably with Dung Beetle. Peter's piece exposes the base nature of human mental faculties—the unconscious or conscious gesture of the hand is bound up in a natural system of expression and space. The flight from animal instinct to practical reason is neither far nor high. 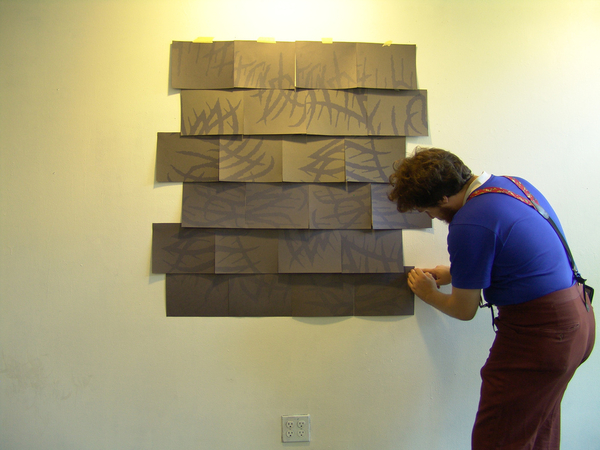 Boisjoly's piece, The writing lesson: fragments: a working model, 2011, experiments not so much in mystification as in the deliberate setting aside of nature's intelligibility. The artist sent the work jumbled with instructions to assemble “as best could be managed” without the direction of the artist. What results appears symbolic in some fashion, but also resembles barbed wire or blackberry thickets. Both are appropriate metaphors for the superabundance of meaning that nature provides. Boisjoly may have the most optimistic view of all, even with his random determinism, since to him the natural procession of events is less a fatalistic path than the potential for meaning itself.

Since we remain grounded in nature but also torn from it by ourselves, it is not surprising to see fertile work explode around this site of trauma. Our attempts to capture nature will always fall short of a terminal understanding of its mystery, but the procession of unique phenomena is worth observing in its own right. To return to Hite's video: man is just another animal in front of the camera, he simply also happens to be behind it.

Caroline Dahlberg Answers 5 Questions
9/17/18
COMMENTS (0)
ArtSlant has shutdown. The website is currently running in a view-only mode to allow archiving of the content.