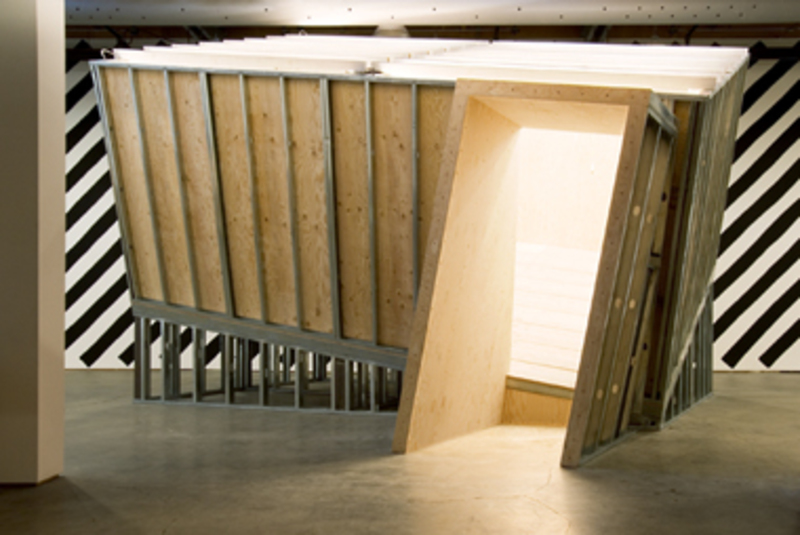 Lost in the Funhouse

The latest offering from Seattle's Western Bridge gallery, Funhouse, seems intent on leaving a lasting impression: vertigo, a lack of breath, seared retinas. Granted that the carnival image conjured by the title is more Britney or X-tina than Turrell or Nauman, but the carefully pruned selections both support and belie this whimsical touch. This is not to say the sideshow allusion is dumped. Rather, one gets the impression that each of the major “attractions,” Mungo Thompson's Skyspace Bouncehouse, 2007, Julian Hoeber's Demon Hill, 2010, and Carston Höller's Neon Circle, 2001, function to truly transform the space into a bazaar of wonders (or hall of mirrors, or rotating ride of terror—pick your favorite). Each piece attempts to include the viewer in the process of activation, although whether the viewer is activating the art or the art is actively performing on the viewer remains mysterious. These pieces fall within the axes of a funhouse or carnival: fun on one axis, fear on the other.

Plotted closest to the fun and furthest from fear is Thompson's Bouncehouse, a piece that shines on its own as a play on James Turrell's skyspaces, but potentially loses a little of its luster when compared to its more dangerous companions. The silver plastic structure remains fundamentally identifiable - seen outside an art context it wouldn't register as more than a chic and upmarket accoutrement at a children's birthday or wedding. This isn't a snub, just a recognition that on the continuum of art that invades the senses, making people jump around is relatively benign. Perhaps the most invasive piece, the least "fun" and the most "fearful" is Neon Circle, a sort of Stonehenge of afterimages burned into the surface of your eyeballs. A circular architecture of flickering and flashing florescent lights too bright to look directly at. Light of this type isn't illuminating, it's disorienting, seizure-causing, blinding. Höller is on to something here: "How long can you look at it?" as a standard of artistic quality. 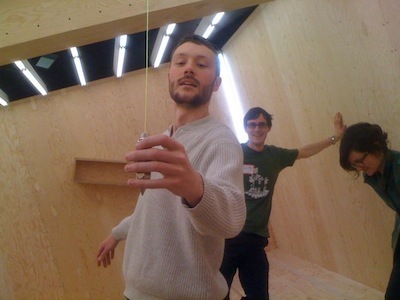 Settled in the "wonder spot" between fear and fun is Julian Hoeber's Demon Hill, occupying a place of prominence in my reading of the show.

A mystery or wonder spot is either a natural or man-made optical distortion of gravity. It tricks the eye and the inner ear into confused compliance. Demon Hill is a plywood shack built at dizzying angles, a homage to the gravity-bending roadside attractions of a bygone American age. It might be just an optical illusion, but it's a successful one—even if you know the trick, you can still get caught by it. The work is physically disorienting and literally unbalancing, but this novelty also obscures the historical and cultural meanings of similar mystery architecture. The United States used to be riddled with bizarre curios, strange grottoes, and magical landscapes. The world outside of the gallery walls used to disorient and entertain in a dangerously real way. Now we've lost some of the true mystery and danger—there's no maniacal hitchhiker to teach you secrets, but he won't murder you either. Similarly, real revelation is reserved for real priests and real scientists, or maybe real artists. Hoeber is bringing this back to us, the tradition of backwoods hoodoo as art. He's also mirroring the literal replacement of an unsanctioned and unregulated past with a sophisticated and rigorous production of the present. The nostalgia that this piece engenders makes you long that it wasn't an installation at a gallery, a quixotic and bizarre desire for art to produce, but also a mark of quality: "I wish this art was not art." 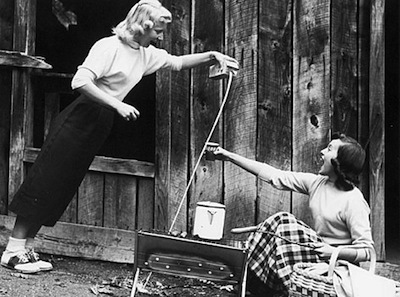 Funhouse is not the most extravagant Western Bridge exhibition, but the works carefully fill in for each other's lack. The show is in some ways a triumph of curatorial selection, where each piece is singularly powerful but fits perfectly into the greater narrative or unifying paradigm. There is a balance of intention, of materials, of methods—methods for transmuting space into something more interesting. All three cultivate nostalgia by hearkening back to childhood, ritual, or history. The physical effects are meant to be mnemonic devices that disorient at the time but bookmark your memory with a distinctive signature.