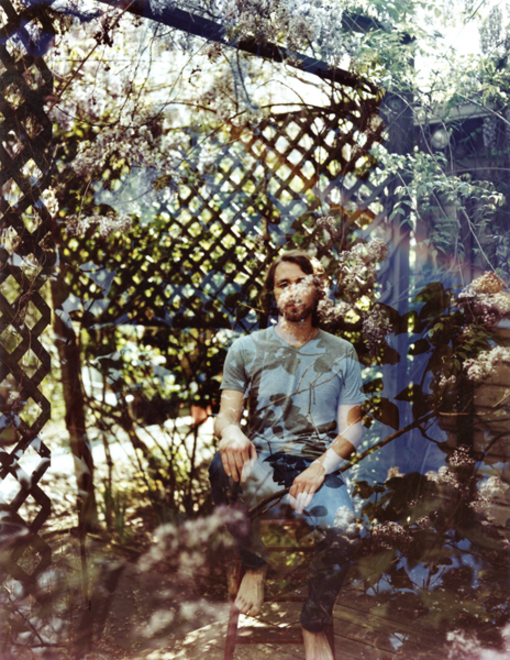 Gently Swaddled in the Natural

The repetition as it stands seems necessary, yet these images do not seem replaceable. So as to preserve a feeling or moment, people return to it and repeat to affirm its significance or exclusivity. Yet that which is cherished cannot be repeated.

Jonas Kleerup's new gallery is inviting, best suited for solo exhibitions such as American photographer Bryan Graf's, being more intimate than his previous space in Östermalm. Kleerup represents both Sweden's charged undercurrent of local artists, as well as incoming international artists who are drawn to his open-door appeal. The gallery’s previous exhibitions have made an effort to question the relevance and lexicons of outsider art, street art and self-made creations in relationship to the seemingly confined art market of Stockholm proper.

Graf's exhibition and series Wildlife Analysis is not the artist’s first experiment with rays of light or homage to the simplicity of natural landscapes. Examples can be found in the artist's other series, such as Album or Color Movements, which are at times obscure or blurred, displaying latticed patterns, sun-touched rooms instilling the presence of an angel's halo, overlapping landscapes in muted tones―a smaller juxtaposed over a larger one in hindsight―creating a tertiary locale or combination of two feelings extracted, encapsulating a bliss associated with ripe fecundity or the human condition's lighter side. Wildlife Analysis ranges on the color spectrum. Rainbow hues streak across a given image; magenta, violet and orange explode into sight. To be gently swaddled in the natural―Graf soothes on a primordial level. 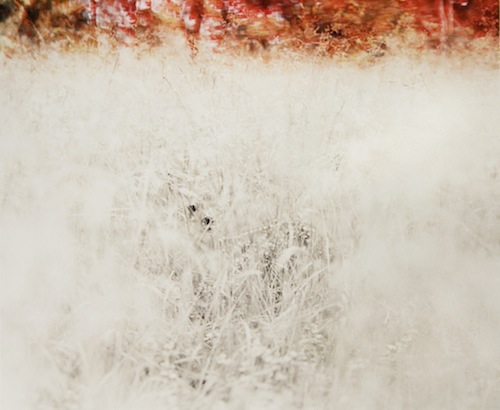 Vitality thrives in details: wild blades of grass pushing upwards, fluttering butterfly wings,  wildflowers in the midst of pollination, a fawn running mid-motion through a meadow, a skyward view of startled or migrating birds, abandoned country stretches or dwellings. Is this series of prints site-specific, taken near Graf's residence in Maine? Maybe. It's questionable whether or not the origin even matters; when time and space become irrelevant, there is much room for possibility. The series culls a universal sentiment independent of Cartesian coordinates.

The power of the image, whether photography or painting, remains an interest for  many―regardless of debates expounding otherwise, referring to Paul Delaroche and his 1839 response to the invention of the daguerreotype and Tom Lawson's conclusions about painting in Last Exit: Painting (1981). Every generation has a right to accept or reject previous notions of "dead" and "alive" art-making methods, despite the authorities of prior eras. But in taking sides, one may find themselves removed from opportunities which only exist in the in-between. Aristotle's inquiry How should we live? seems irrelevant if one is overly confident in their choosing. The unmoving image bears its own weight, can stop one in mid-stride. If just one image holds power to either stop one's brain from churning or to ignite unused energies, that's enough. It is not any reality that many aspire to pinpoint but instead an unspoken alternative showing its trickster face.

Photographers continue to examine the parameters of what can be documented on one roll of film and how―the medium itself is unavoidably repetitive. What distinguishes one photographer from another is more so the approach or attitude taken towards the constraint. To embrace, to create rules within rules, to deconstruct pre-existing structures, to envelop a feeling? What is more imaginative than a feeling? A feeling repeated? In terms of quantity, a feeling repeated is more of the feeling but not more imaginative.

Kim Schoen in “The Serial Attitude Redux” (X-TRA, 2010) examines Mel Bochner's “The Serial Attitude” (Artforum, 1967): Bochner defines the serial attitude in “systematic terms, order taking precedence over execution, and the completed work being parsimonious and fundamentally self-exhausting.” Graf has not adopted this attitude. Wildlife Analysis focuses on execution of an intimate set, rejuvenating rather than tiring―closeness, in its many forms, serves to empower. Yet at other times, closeness requires an unveiling which leads to vulnerability or perceived weakness. "Parsimonious" is an adjective best replaced with "open-ended" or "inquisitive," referring to Graf's oeuvre. When is a series a coincidence of like-minded improvisation based on intuition? Is it possible to detect when a series is created consciously, formally, versus one made without a contrived endpoint? I'm more apt to return to a series (whether photographic, societal or otherwise) if it is not staged to the point of fatigue. Graf justifies a balance between organic spontaneity and casual repetition―an equity appreciated.

All images courtesy the artist.

Lionel Cruet Answers 5 Questions
11/6/18
COMMENTS (1)
Bryan Graf, Deer
Love this work!!
Comment by: ambikav on Thursday 04/28/11 at 5:02 AM
ArtSlant has shutdown. The website is currently running in a view-only mode to allow archiving of the content.