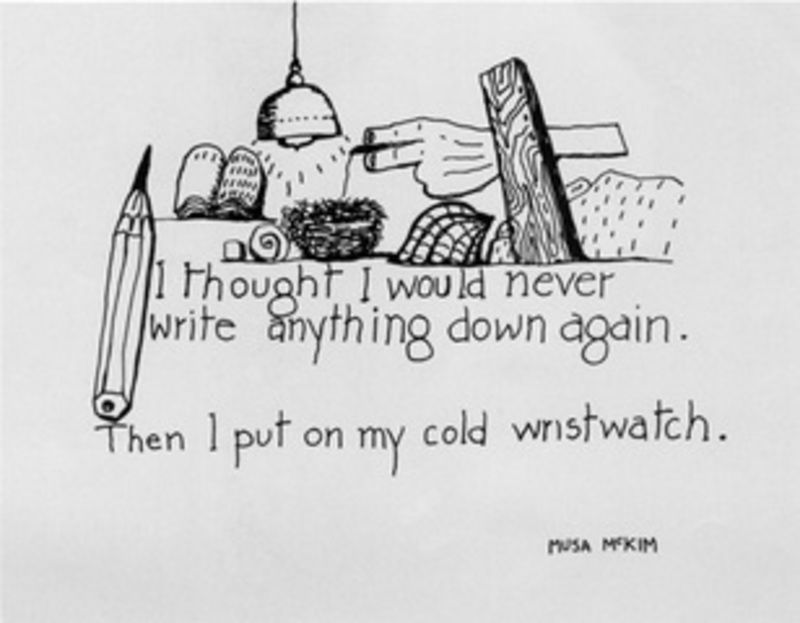 I know a poet who had to re-enforce the floor under their bookshelf. If I had to say farewell to my box of hand-made books, I’d also have to say goodbye to bookshelves. And, goodbye to e-mails. I’m not talking about announcements or “sublet my apartment” e-mails. Goodbye to e-mails that make you cry.

Some people are hard to see, even right in front of you. They’re not loud. They don’t send you a thousand reminders, but give you two small, paper folded books after you slide in the off-hand, tad flirtatious exploratory compliment after a euphoric reading about this summer as a Middle East 1968.

I’d like to read more of what you write.

One book, in a back bottom corner says 12$, one says 8$ in a similar spot, but you get them for free, signed. One has a red, watercolor painted, paper cover, folded 8.5x11 off-white sheets inside. It is stitched with light blue thread. One fits in your palm. It is orange, has cell phone bill interleaves. The cover is hand stamped with what might be a noose. Inside, the words are everywhere splattered on the page with no attention to margins.

No more. No more coffee by the park. You are poor and you tip too much. “For good luck,” you say.

She rolled her eyes at my list. “Come on, get off it! Stop telling me what you know! Mush in! The solar system! The back of an ankle! The teapot is boiling!”

I get three books in the mail. They have been published through an on-line publisher. The pictures have reproduced poorly. “There you go,” says the note. There is a line drawing on a piece of notebook paper of a bicycle with too big wheels. “Sorry for the delay,” it says under the bicycle.

It has only been a week.

I already can’t remember what you said. You said: “We accept and publish notes, polemics, lesson plans, fragments.” I said, “I’m saving up.” You said: “There is nothing at the bank.” You said: “Sign up for a room, teach workshops at the library.”

Goodbye to words with music. Goodbye to scripts in drawers. Goodbye to scissors. Goodbye to feuds among poets. Goodbye to text collages, rips, collaborative poems. There are no more xerox machines, there will be no more found language, no more shared saddle staplers, paper clips in washed out cans, lima bean cans.

No more standing in the back leaning against the Mystery section, having gotten there late, circled the block in the rain looking for parking, having to piss, and still being on-time. Goodbye to guest editors, reading series, calls for entry, getting buzzed waiting for the reading to start; you haven’t eaten anything. Goodbye to memorial services, workshops for kids and workshops for the homeless, writing groups in Berkeley, hummus, red wine, teaching performance art, Hannah Wilke, Robert Duncan, Jess. Goodbye to genre perversion. Goodbye to newspaper poems. Goodbye to experimental theory. Goodbye San Francisco. 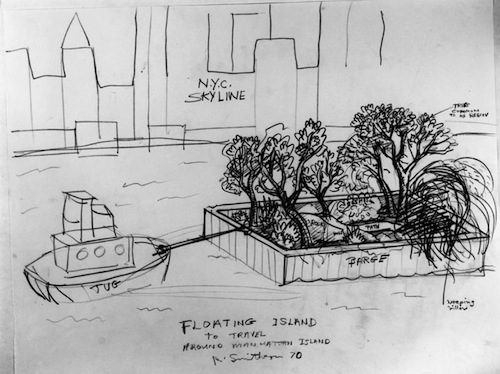 Goodbye drug dealer, hood up in the rain. Goodbye “write at night.” Goodbye trauma. Goodbye meditation. Goodbye Naropa. Goodbye New York. Goodbye sun coming up gently brazen, coolly mad. The sun is not trying to be anything today and it can’t be because I can’t see it anyway. A movie star plays Ginsberg now.

Goodbye walking and talking politics, goodbye standing by the train with more to say. Goodbye knowing full well. Goodbye symmetries, kinship, full circle, snapshots of the faithful. These are people more particular, more deliberate and precise about language than White House Senior Staffers and Assistants to the President. Did I mention I have e-mails that would make you cry?

Goodbye overdose, hard living, not being recognized, heart failure. Goodbye “I am here just to work.” Goodbye “Call me.” Goodbye “I thought I would try something new.” Goodbye “Can you hear me back there?” Goodbye suicide. Goodbye to panel discussions about narrative. Goodbye “If you have a chance.” Goodbye to knowing him from being on a panel with him. Goodbye self-publish. Goodbye women’s poety listserv. Goodbye “He wrote about me on his blog.”

You said: “… the blue like parchment crustaceous outer hand is outside of me it is a creature seeking its own impossible completion it is outside of me it is attached it is again again my double saying come here come here the imploding yes of course we die yes again again dead dead dead again dead again dead again an hour not lonely again against a kind of collapse, that is what it is, a kind of evasion the voice the broken fingers the story the voice the hand the story it is a new body part.” (fromCorruptions, Akilah Oliver)

I noticed in school that when my classmates, artists, didn’t get something I’d written, when they couldn’t understand my writing because I hadn’t taken the time to be clear enough, or when I was scared and hiding my activity with adjectives, they’d say my writing was poetic. Politely, they’d smile and say I was poetic. Since I knew poets, people who would fight over a word, debate every possible interpretation of a word, and make a poem an attempt to deliver one specific meaning, this meant to me, my artist classmates telling me I was poetic, this meant to me I had to work harder. 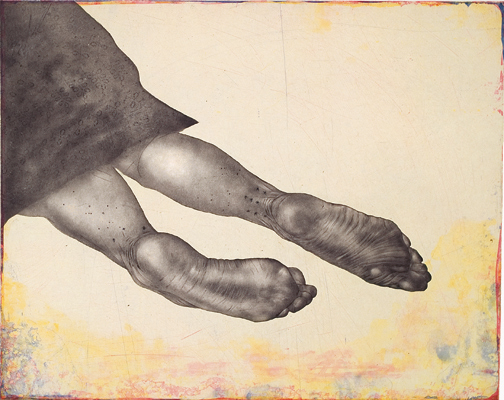 I’m sad, I guess. I think I could have known her better, held more of her books, on the housesitting sofa with the cat, more cat hair than sofa, loosing track of time. I’ll stop writing, but before I stop, would someone please read, copy over, read, read read, draw in and under, from In Aporia, by Akilah Oliver, the part where Akilah writes:

Am I now the dead person?

The body inside the body astounds, confesses sins of the funhouse.

I too have admired the people of this plant.

The use they've made of cardamom,