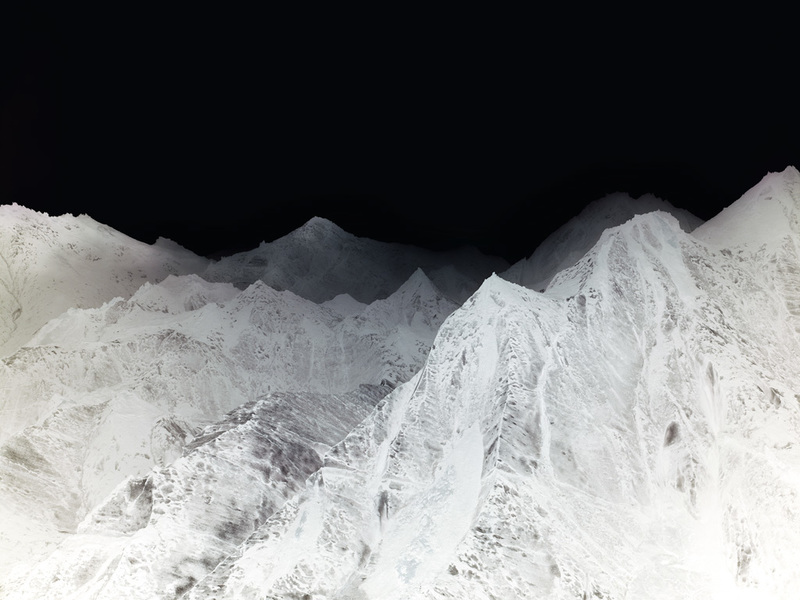 Dan Holdsworth's twist on landscape photography is introduced to Sweden, a country well-versed in climatic extremes. Nordin, a niche gallery established in 2007, accentuates a cluster of Holdsworth's prints of enormous proportions, depositing one particular set apart from the others—back-lit in a smaller, adjacent room most likely meant for video installations. Claiming that inspiration for this series came from New York's power failures of the 1960s, Holdsworth in Blackout reminds the viewer that certain flavors of panic and unrest are cyclical—one keen emotion present yesterday, perhaps back again today. The artist’s projects handily prove that he has mastered the use of light, texture and technique, and that these skills can be harnassed for elusive and mysterious purposes. His c-type prints, typically displayed as a series, range from investigations of California, power plants, and abandoned motorways to meditations on synthetic sources of vibrance—known more simply by environmentalists as light pollution. 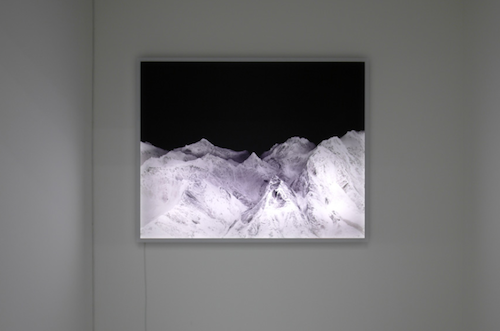 This series of ghostly photographs concentrates on the otherwordly atmospheres of Iceland. From one image to another, there are slight changes in perspective, whether found in the background or the curvature of the glacial mountain peaks themselves. By the nature of subverting each image into its opposite, these pictures seem all the more powerful, managing to thrive outside the mundane. It was difficult to convince myself that these images, whether positive or negative, originated from this world at all. Almost as if one is viewing an intimate portrait, sentiments of fondness and awe can also be extracted from Holdsworth's removed perspective. These abstractions aptly inspire a sense of solitary exploration, even if leaving one's comfortable coordinates cause fatigue. Such jagged terrains, both of one's external milieu and of one's interior landscape, require closer examination. What’s wrong could easily be otherwise.

Humanity has a curious history of being intrigued and derailed by notions of both the sublime and supernatural. Examples can be found in tales of witchcraft, elusive phantasms (both real and imagined), stringent rituals of Victorianism and de Sade's convoluted theories of sensuality and pleasure. Holdsworth creates a series of ghostly alterations which fuse past notions of photography as documentation of the mystical and forward-thinking approaches to photography as a scientific, experimental playground where technology is a tool to accentuate. Once prosaic landscapes become ineffable sequences; the British artist transforms the predictable into the alien and paralytic with calculated expertise. Holdsworth embraces contrast, renegotiating positions taken for granted: haze becomes ether, absence becomes presence, darkness becomes light.