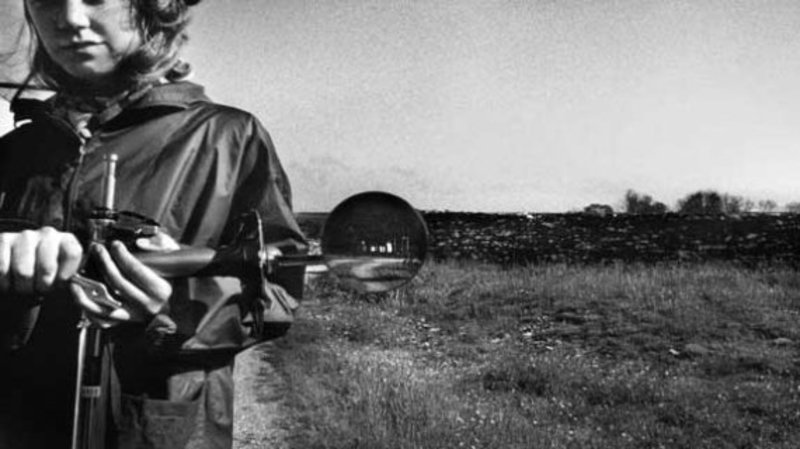 A project inspired by Ingmar Bergman's cinema classic Persona, 1966—a film about an estranged, silent actress who is tended to by her personal assistant and nurse in a cloistered vacation house on the island of Fårö—Jordenö emphasizes her admiration for the film, yet she focuses on less obvious aspects of Persona's production, such as the peripheral characters which remain part of the making of the film or are connected to the film's location or content—including the voice of a woman named “Hedvig” who resides in the house built as a set, where the film was once made. Persona investigates the masks which individuals use as tools to construct or maintain their identities, as well as how these masks can be removed and replaced easily with another, emphasizing the ambiguity between and among personalities often based on fictional constructions or contrived appearances.

How far does one's love for another's work go before it is considered obsession? Much like the characters in the film Persona, the line between Jordenö's response to Bergman's work and her own work is undefined and cyclical. Jordenö's work cannot exist without Bergman's filmic accomplishment, and Bergman's work remains only a film in the strictest sense without Jordenö's thorough examination of the it's peripheral, outlying components. Jordenö's dedicated documentation consists of variable texts and short films over the course of a decade. Many of the pieces carry enough weight to stand alone, such as Videoactive, which focuses on a video store in Los Angeles which has the same name. In the video store, the actual copy of the film Persona mysteriously manages to find its way, over and over again, from the shelf with Bergman's name on it to the shelf intended for films possessing a lesbian theme. A gesture that seems minute, even arbitrary, brings to light the infinite number of re/classification possibilities that a film such as Persona can have: cult classic, erotic masterpiece, Swedish cinema gem, top 100, ad nauseam. Jordenö unearths conversations, records voices which many might consider unrelated. The artist renegotiates them into view, so that the narrative intentions of Persona's actors (Liv Ullman and Bibi Andersson) as well as Bergman's leading authority becomes a side note—muffled or muted in through the haze of translation.

Posted by Jacquelyn Davis on 1/18/11
RELATED ARTICLES
COMMENTS (0)
ArtSlant has shutdown. The website is currently running in a view-only mode to allow archiving of the content.