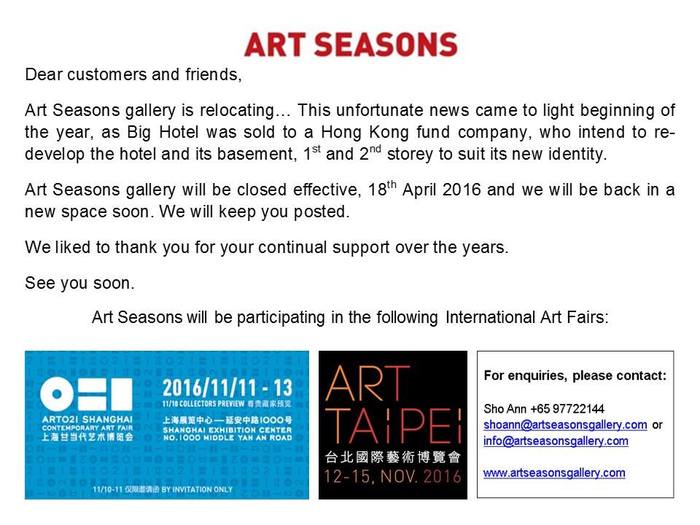 October of 2003 saw ART SEASONS open a second space in China. In order to be at the forefront of the latest developments in the Chinese art world, it was important to have a presence in China proper. Hence, the establishment of ART SEASONS BEIJING in a former East German factory east of Beijing.  The area’s ‘50s era Bauhaus architecture soon became a mecca for local artists. Today, it is known as the 798 Art District with its unpretentious, even edgy façade, and is home to over 30 galleries, cafes, and restaurants.

Most of our contemporary Chinese art shows originate in Beijing, before showing in Singapore and Jakarta. ART SEASONS BEIJING has also played host to solo shows by important artists such as Xiang Jing, Hung Tunglu, and Zhao Nengzhi.

With over 700 square metres of exhibition space, ART SEASONS BEIJING is our largest gallery, and is home to some of our most experimental art shows such as German photo-artist, Stephan Kaluza in March 2007.