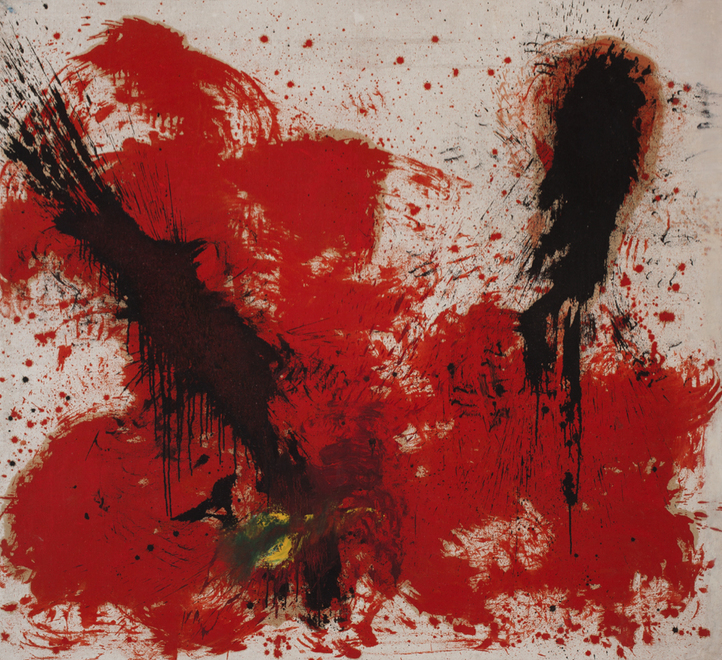 THE UN-OFFICIALS | art before 85

In 2014 Beijing's 798 Art District has transformed from its genesis as a haven for artist studios. The district is not only a showcase for star artists churning out work for an eager market, but also less recognized work of widely varying quality, and even kitsch souvenirs. With THE UN-OFFICIALS | art before 85, showing until April 12 at Boers-Li Gallery, visitors are treated to an idiosyncratic treasure of a recent Beijing past that in these environs seems far more distant. Dozens of works from two pioneering Beijing artist societies—the Wuming (No Name) Painting Society and the Stars Group—stretch from 1971 to 1990, but the vast majority date from before 1985. Together, fourteen artists give us a window into a process of artistic exploration that spanned from the end of China's traumatic Cultural Revolution, through the first years of Deng Xiaoping's era of "Reform and Opening" and the comparatively politically open days of the 1980s, up to the demonstrations and violence at Tiananmen Square in 1989.

Li Shuang, Spring, Summer, Autumn and Winter, 1989, mixed media, 50.5 x 33cm for each; Courtesy of the artist and Boers-Li Gallery

It is a delight to see in one place the work of these diverse artists: Feng Guodong, Guan Wei, Huang Rui, Kang Wanhua, Li Shan, Li Shuang, Ma Kelu, Tang Pinggang, Wang Luyan, Yan Li, Zhang Wei, Zhao Gang, Zhou Maiyou, and Zhu Jinshi. One first encounters a set of works that might seem unambitious if not for the constricted artistic environment it grew out of. But moving into the rest of the gallery, one finds highly kinetic abstract paintings, anxious surrealist scenes, and various takes on landscapes and Beijing mundanity. Three outliers—Li Shuang's wood block prints that seem to anticipate Tim Burton films, Yan Li's tortured knots of wood carved into hideous and humorous configurations of man and beast, and Feng Guodong's woodwork seemingly inspired by traditional masks—accent the rest of the works, which are almost entirely oil on paper or canvas. Ma Kelu's four-panel Untitled (1987), larger single painting Untitled (1986), and White (1985) are scattered throughout the show but hold together in their powerful command of color and grand action with the brush. Kang Wanhua's small, impressionist oil on paper works develop their own lens for portraiture and landscape. This is a diverse, rich show.

The exhibition can be difficult to navigate. Works are unlabeled, not grouped by artist, and there is no wall text, save for the exhibition name and a list of artists. This arrangement does allow for some nice surprises. A several-minute excerpt of a longer documentary about the Stars Group runs unexplained on repeat in the upstairs space. It seems to document the movement's 1979–1980 run-ins with the local government. One shot shows an outdoor exhibition of artworks hanging in the same way bulletins for marriage-age youth are hung today in Shanghai's People's Square Park, browsed in each case by passersby young and old (but mostly old). Later, individuals hold up banners demanding artistic freedom and opposing the policies of one of Beijing's city-center districts. Though the works in this exhibition would be almost if not completely uncontroversial if created today, the presence of non-government-sanctioned artistic activity, and especially its public exhibition, were bold in a way it is hard for an outsider—and most likely for a young Chinese artist today—to imagine. 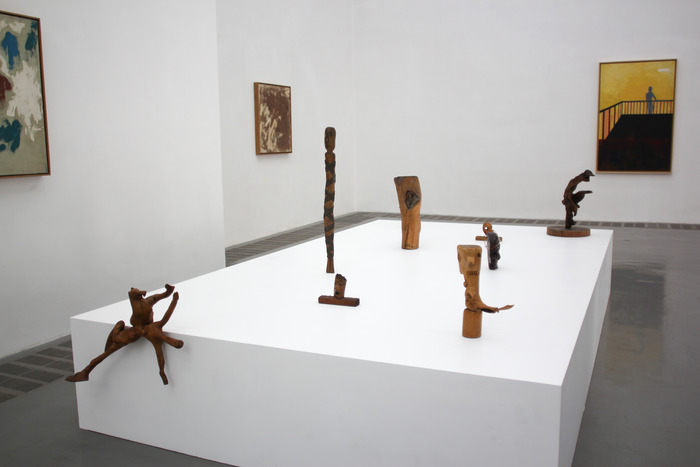 THE UN-OFFICIALS | art before 85, Installation view; Courtesy of Graham Webster

Some of the work, of course, has a political edge. Those works, dated 1989 and largely grouped together in the last room one is likely to enter, tend to turn dark. Ma Kelu, whose use of color earlier in the decade was striking, puts a grand, frustrated white stroke on a background that conjures the word "mire." Tang Pinggang, whose abstract works elsewhere in the show make lively play with the motif of a sun, or maybe an eye, presses blood-red handprints over a recognizable human form sunk into black, with white tire tracks casually crossing the surface. In another 1989 work, Tang deploys the earlier motif, this time with a red sun over a desolate, black scene.

It is tempting to view this exhibition in a political light. Many Chinese and foreign observers alike perceive a tightening of the government's constraints on expression today. But this work is best appreciated in the context of its own not-too-distant past, a time when Chinese contemporary art lacked an audience and a market at home and abroad. These works, influenced by both homegrown and foreign traditions (as seen in reproduction), represent one of art's most powerful principles: that people will, when given the chance, create.