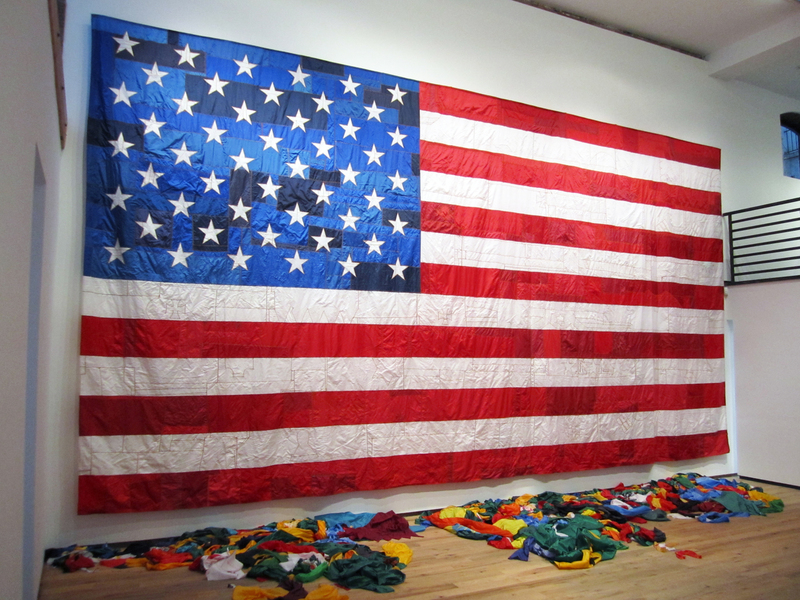 From the Vernissage Floor: Armory Week in 48 Hours

In the last forty-eight hours I’ve walked through six fairs, looked over the presentations of more than 350 galleries, and seen the work of more than 1000 artists. If pressed to put an adjective to the experience, I’d choose enthusiastic, because when you attend these sorts of events in the first few days of the run everyone is pretty hopeful. Everyone smiles, and if you can keep your tradeshow cynicism at bay, you can soak up some of the excitement and be energized. The trick is to not take everything so seriously. After all the chances of an art expo having a major cultural impact are pretty slim; I think it’s impressive that it’s even happened once in the last century.

This art bender began for me at an old school house in Soho where twenty-some-odd NYC-based curators filled classrooms, bathrooms, hallways, and stairwells with artworks based on the theme of New Mysticism. Billed as the Spring Break Art Show, this is the local’s fair and it boasts the most immersive spaces. One room recreates a weird little research bunker based on a CIA operative’s covert LSD investigations. Another room is covered in foil. It turns out video installations also work rather well in old classrooms, plus you can doodle on a desk if your attention wavers.

I thought of The Spring Break Art Show as the appetizer to the big dish: The Armory Show. Thanks to Liz Magic Laser I know for sure now that I don’t fit this fair’s average demographic. Laser was commissioned to shape the fair’s graphic identity, which largely boils down to designing the tote bags, staff t-shirts, and VIP passes. Laser had these emblazoned with statistics and facts meant to give an air of transparency to the fair. Average fair goer: forty-four years old. Average income: over a quarter million.

The Armory Focus, curated this year by Eric Shiner, is particularly good. And I was enormously skeptical about the conceit, which is to showcase America. Perhaps unsurprisingly Shiner took a bit of a Warholian bent (he’s head curator of the Warhol Museum in Pittsburgh) and situated a work by Charles Lutz at the show’s entrance. Babel (Stockholm Type) (2013) was a stack of cardboard Brillo boxes that visitors were encouraged to dissemble and take away. The result was seeing Brillo boxes under arms everywhere. 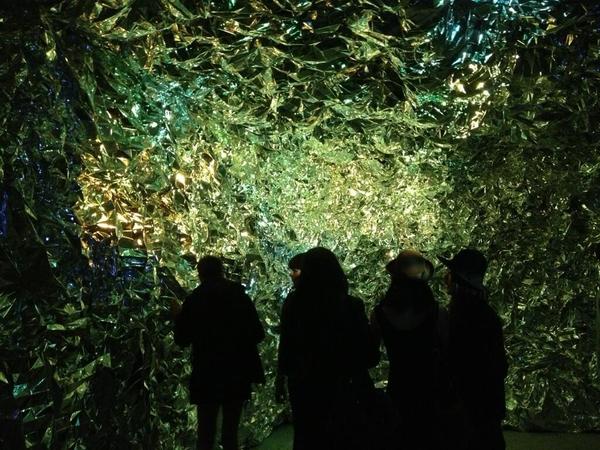 After a while I left the Armory and walked down the street to the UnFair, a pop-up exhibition on the second floor of an old manufacturing building. In order to get to the second floor you ride in a rickety elevator with a comedian who tells quick jokes with catchy punch lines. As an homage to Felix Gonzalez Torres, there is a cooler full of free Ben & Jerry’s ice cream. One serving is enough to see the whole show, which is well hung and impressively lit. There are some standout examples of photorealist painting as well as a table full of deep fried portraits that look seriously crunchy. Eventually you add your trash to the pile in a designated corner, snap the cursory picture of your contribution, and head on. You can take the stairs back down, but it’s far less entertaining than the lift.

I had lofty expectations for Scope on account of it being held in the old Post Office building. Unfortunately the setting turned out to be pretty drab, though Al Hamm’s shipping crate installation at the entrance works well. This is the fair for emerging artists—its “breeder program” is exclusively for young galleries—and by extension emerging gallerists. A highlight for me was Chul Hyun Ahn’s Railroad Nostalgia (2012) at the C. Grimaldis gallery. It uses a conventional mirror trick to create the illusion of railroad tracks stretching to infinity. Another was the wooden Mountie who’d been laid low by a beaver at the Art Mûr booth.

There are artists at every fair, but at Volta they tend to stick by their booths and the reason is because Volta is a one artist per booth arrangement. It’s like ninety-four compartmentalized and highly concentrated solo shows. The benefit is that you can see at least a few pieces by the same artist rather than just one, and if you linger you might get spoken to. This happened to me at Greg Haberny’s booth, which is packed salon style with artwork that would scream if it could make a sound. Haberny is a storyteller who considers handguns to be valid tools for making art. The stories are amusing but his art makes the case for him. 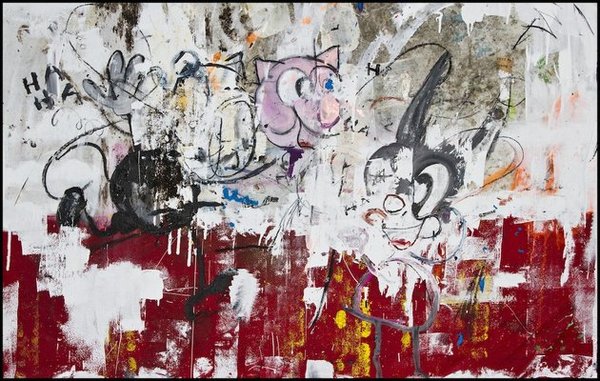 And finally I came to the Independent art fair, which fills three floors in the old DIA building. Instead of booths there are free standing room dividers that operate like little islands for your eyes to land on. The overall feel is more of a biennial exhibition than a trade show and though there are many attractive objects few could be disparaged as merely decorative. The work that I went home thinking about is an easy one to overlook. Situated in rear corner, Jill Magid’s Auto Portrait Pending (2005) is essentially a contract between the artist and a company called Lifegem that sets forth a post-life arrangement: when the artist dies her ashes will be compressed into a single carat diamond. Apparently all it takes is a cup.

Frieze Week 2016: Your Guide to the New York Fairs
5/2/16
COMMENTS (2)
I would also like to know what you thought of Fountain.
Comment by: Colleen Blackard on Wednesday 03/13/13 at 5:12 AM
What was your opinion of the Fountain Art Fair?
Comment by: Regina Silvers on Tuesday 03/12/13 at 4:15 PM
ArtSlant has shutdown. The website is currently running in a view-only mode to allow archiving of the content.