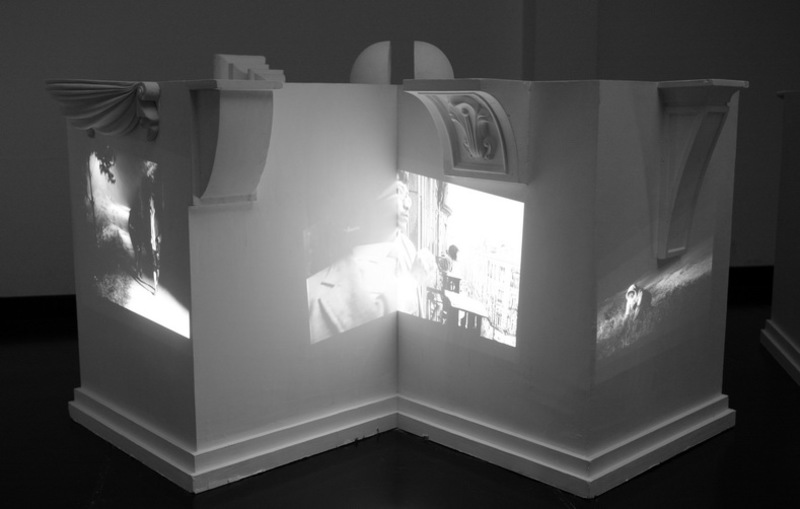 Yang Fudong’s solo show in Shanghai shifts the balance of his work away from the video installations onto his photographs, in the process proving the intimate connections but also the disparities between his moving and still images.

The collection of prints that form the bulk of this exhibition include still shots from Yang Fudong’s films as well as his stand-alone photographs from across his whole career. Yang’s photographic work has always been a counterpart to his films, in that it also concentrates on the cinematic image, presenting scenes with a certain level of stylisation removing the subjects from “nature” and into the staged shot.

Yang’s work has also often played with the boundaries between the still image and the moving scene, setting up juxtapositions between a film which looks like a set-piece—maintaining a stillness within the frame that the subjects sustain even in their movement (the Seven Intellectuals series of films being archetypal of this)—and the still image which appears to be drawn from a larger narrative, held in suspension but always appearing to refer to the event within a larger narrative. The meaningful arrangements and glances of the protagonists in the photographic works Don’t worry, it will be better…(2000) and Ms. Huang at M last night (2006) record the events in their lives without really settling on any particular meaning or interpretation, leaving the audience in a state of uncertainty regarding the actual events being presented and the storyline that the individual photographs in the series depict. 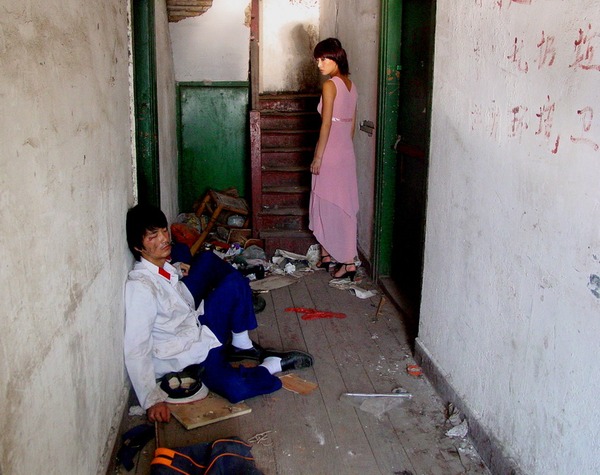 In some cases the prints seem unnecessary, or perhaps gratuitous, in that they add little to the original film. They serve as a companion to the original, and may be criticised as simply exploiting the film beyond its limits. In these cases they merely seem to become illustrations of the films, highlights of aspects of a more complete subject – the mounted warrior in a snowy landscape (Yejiang/The nightman cometh, 2011), the fashionable society ladies and gentlemen (Seven Intellectuals in a Bamboo Forest Part 2, 2004).

The large installation that takes over one room of this show, One Half of August (2011), also seems to be designed to bridge the gap between the stillness of the screen and the moving images, and which Yang describes as a “multiple-view film.” A landscape of white architectural or furniture-like forms stands in a reflective pool of water, these forms becoming screens on which Yang’s monochrome films are projected, the projections playing games with the forms of the furniture, in some cases following them, in others fracturing across the various surfaces. Yang seems to wish to play with the experience of his films, by breaking up flat the screen into these “multiple-views.” This seems somewhat too simplistic a work, though – the conjunction of the filmed work and the objects creating too literal a play of forms compared to the divisions between motion and stillness that the photographs next door maintain. This installation feels like an experiment, and ultimately not a productive one.

Returning to these photographs, the inclusion of some early pieces by the artist is a valuable feature of this exhibition, providing a glimpse of the artist developing his relation with the image. Two examples show documentation of the artist’s performance Otherwhere, the original in 1993 and its recreation in 1999. For this performance the artist chose not to speak for three months, the photographic documentation recording the various communications that he wrote on his hands over that period. These sets of images are records of actions, showing the artist playing with appropriate forms of an artwork. 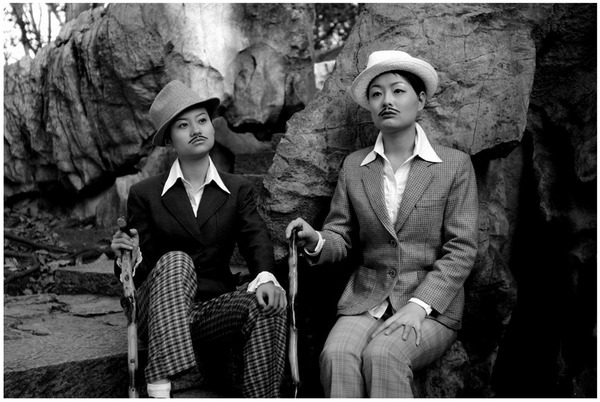 Movement and stillness have been ever-present attributes, continually worked with over Yang Fudong’s career. It might be said that Otherwhere is the early working out of the value of the series of images representing an action, as opposed to the moving image representing a stillness that has become typical in his later works. Overall this show presents an interesting parallel to Yang’s filmed work, providing important depth and background to them.