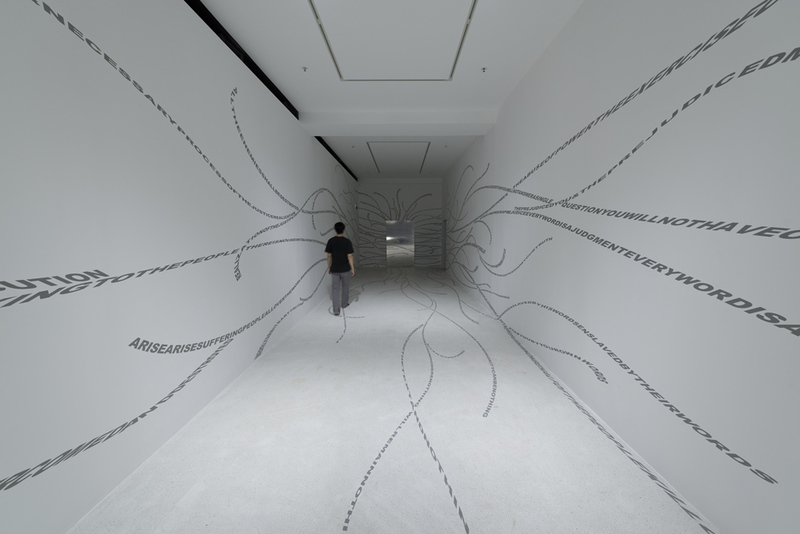 Tsang Kin-Wah may be one of the most internationally recognized Hong Kong artists, with recent major outings at the Mori Art Museum, the Lyon Biennale, and the Sydney Biennale, among others, but his presence in Hong Kong itself, for the last several years at least, has been ambivalent. He is known as something of a shadowy figure, often appearing quietly and anonymously, whose trademark installations are included only in the most unlikely and unexpected of exhibitions. Prior to this landmark exhibition at the newest outpost of Pearl Lam Galleries in Central, his last solo show in the city took place at the now defunct John Batten Gallery in 2005. With the exception of a few notable if scattered projects at Para/Site and the Hong Kong Arts Centre, the best place to see Tsang’s work in the intervening years has been the annual Hong Kong art fair. 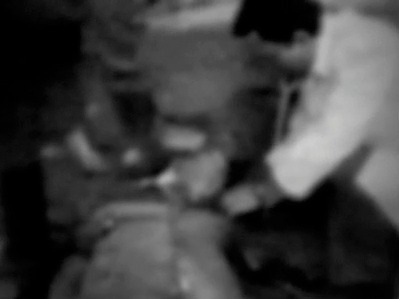 With this project, ably produced by curator David Chan, Tsang is finally provided with both the space and the context to realize a fully constituted take on his sprawling imaginations of text and imagery. Wisely, this exhibition dispenses with the scrolling and floating ribbons of text that have marked the last few iterations of the artist’s extensive “Seven Seals” series, instead cleaving literary pursuits and the moving image entirely by enshrining them in separate rooms with a closed door between. Entering the gallery space, the viewer first comes upon a long hallway anchored on the far end by a low door, the silhouette of which acts as the center of a vortex formed by waves of letters, words, phrases, and sentences all running into one another.

These fragments seem somehow less pious than the scriptural elements Tsang has previously employed, here pushing the edge of finitude with no small number of grammatical hiccups: PEOPLEALLOVERTHEWORLDARISEARISESUFFERING, ALLTHEENEMIESSHALLBEDESTROYED. Sparse against the white walls and floor at the entrance, the lines of text become quite dense closer to the door leading into the next section of the exhibition. As an introduction to the project as a whole, these pieces tend toward the dramatic, but in a way it is as purely formal architecture that they succeed in drawing the viewer further into the depths of evil. 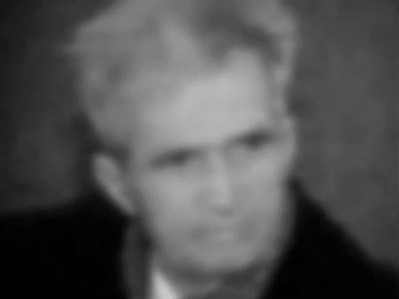 Crossing the threshold the viewer makes a 180-degree turn into a second hallway divided into three distinct screening rooms showing, respectively, black-and-white videos depicting the 1989 trial, execution, and burial of the Romanian communist politician Nicolae Ceauşescu. Originally conceptualized as a self-contained video installation, these three pieces here constitute three spatial faces of the architectural manifestation initiated by the text in the first gallery, projected in three different directions along the darkened corridor. Tsang is focused on questions of mediation and spectatorship, but the content of these videos appears oddly raw, paling in comparison to the formal affect they produce in combination with the textual installation. As a certain algorithmic terror pursues the video imagery and transforms it into a buzzing electronic soundtrack, the image itself is swallowed by and sublimated within the projection.

A final, smaller gallery houses fragments of texts on thin metal plates resting on both wall and floor, objects that call the viewer to accumulate and circulate the same media flows that appear within and ultimately emerge from the video triptych in the preceding space. The formal power of this entire arrangement is thrilling, apparently resolved in a way that has been lacking from more fragmentary output from the artist. Of course, the true triumph here is that Tsang Kin-Wah has emerged not only as a leading Hong Kong artist on the international stage, but also as a leading figure in the Hong Kong art scene.