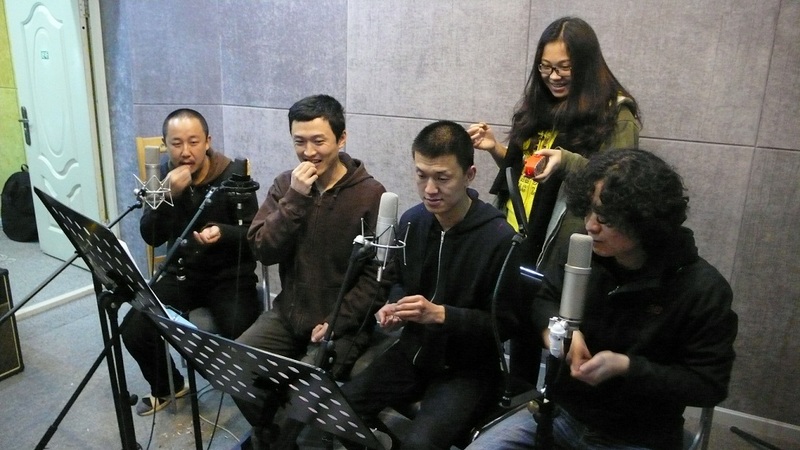 The sound of cracking coming from people’s mouths and underfoot was perhaps the first indication that there was something different about this opening. Today Art Museum’s galleries were filled with the great and good of the Chinese art world for the opening of The Second Academic Exhibition of Chinese Contemporary Prints, subtitled: Print•Concept. But throughout, while chatting and viewing the artworks on the walls, many were distractedly clutching small handfuls of sunflower seeds, cracking them open with their front teeth with more or less proficiency, and spitting out or letting the husks fall to the floor in their wake.

While big names in the visual arts such as Xu Bing and Fang Lijun took up the wall space, artist Yan Jun arranged a parallel experience as his own contribution to the show with his piece How To Eat Sunflower Seeds. Yan Jun is famous in the sound art community as a veteran performer and for being pivotal in the development of the Chinese experimental sound and music scene. For the last decade or so he has run the SubJam label, releasing material from a role call of experimental musicians and sound artists from China and beyond. 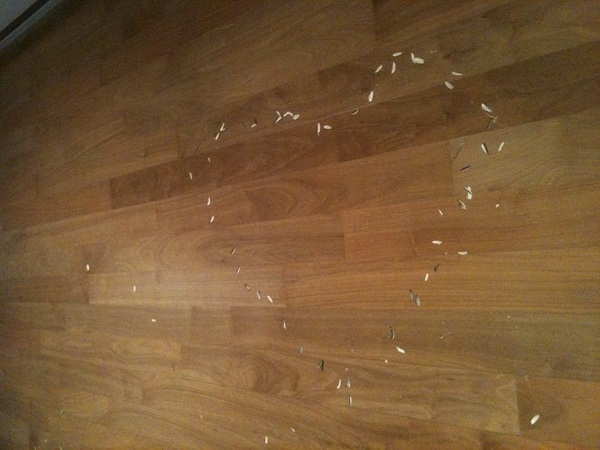 “I don’t really know why they asked me to take part!” Yan Jun chuckles in typically modest fashion. “When the curator first emailed me I had to reply saying: maybe you made a mistake, I’m not a visual artist! But it seems they wanted something a little ‘radical’ and conceptual to go with the prints.”

His use of sunflower seeds began in 2002, when he and artist Zhang Jian (of the group FM3, well known for their development of the Buddha Machine device) were invited to do an artists’ talk at Peking University. Zhang Jian bought a bag of the seeds with him and they sampled the students cracking them open with their teeth: “This is a really small, everyday thing. It’s just nothing – but nothing can be something!”

Cracking sunflower seeds is a very common activity in China – a notch in their front teeth being the give-away feature of those who indulge in the habit. Yan Jun says: “I’m addicted to this small action, it acts like a drug! It’s a very small action, very easy, and then you do it again, and again, and again – you can carry this process on forever!”

Wherever people congregate to crack seeds they leave behind a mass of spat out husks, one reason why this is becoming socially unacceptable. But Yan Jun sees this change as a sign of society becoming more restrictive: “Take drinking tea, for example. You used to be able to drink tea anywhere, but now you have to go to this place – this is the tea place, this is the tea-time, the tea-break: everything is perfectly managed.” The sound made by cracking the seeds with your teeth and the residue littering the floor act as a small refusal and reminder of this activity which used to be so natural. 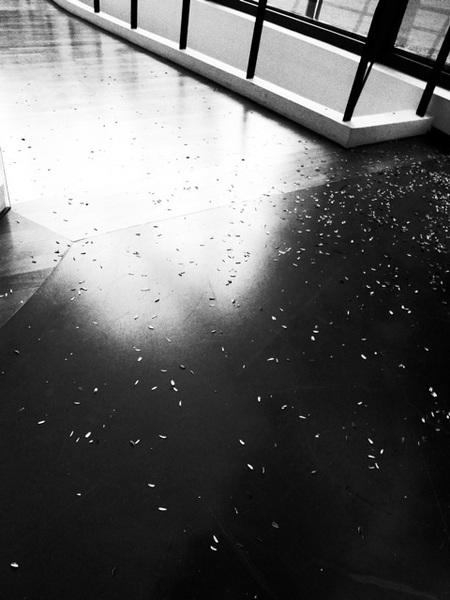 In Today Art Museum’s gallery spaces the audience took the seeds and cracked them as part of their experience of the show, both in terms of the activity as well as the sound produced which bled into their appreciation of the spaces. This experience became unconscious, something which the audience did naturally and without thinking, at the same time as doing all the things which you normally do at an opening. Yan Jun explains: “I am using this exhibition, I use the other people’s work. Because without this activity of looking at the work while cracking the seeds the work would not be complete. Maybe the audience bring this tiny sound back home with them with everything they saw that evening.” He treats this sound as muzak, a background sound that accompanies other activities, without itself being the focus.

This idea has been extended with the recording of the cracking of the seeds in the empty gallery, which has just been released on SubJam’s Mini-Kwanyin imprint, entitled “Yesterday.” Mini-Kwanyin is a series of CDRs produced to reflect current sound activities. This format allows for short runs and rapid production, representing for Yan Jun a thing in progress, part of a “growing history,” which requires a different kind of attention and experience than a CD requires.

But this is not simply about reproducing the experience of the original performance. Yan Jun is quite clear about the change of experience: “People heard the sound at the opening, so they don’t need to hear it again. For the people who were not there – I don’t need to bring it to them and say ‘Hey! You missed something!’” The published recording was taken while the gallery was empty, which Yan describes as “like a dead space” with the reflected sounds of the cracking seeds adding a kind of life to it: “The space of the recording may be the same, but the situation is different.” This also goes for the experience of the CDR as muzak, a tiny background sound to each listener’s everyday experience. 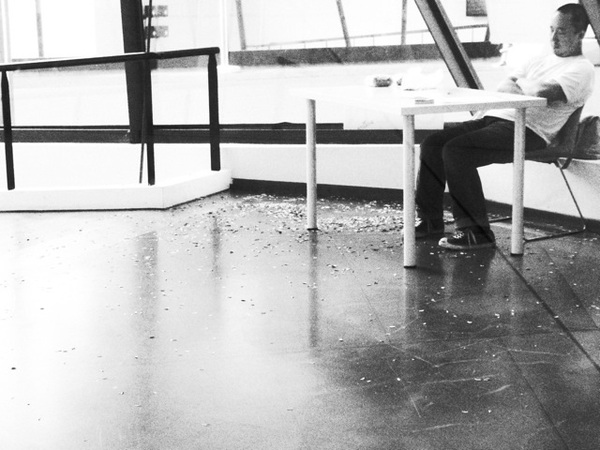 Thinking back to the show at Today Art Museum, I have to wonder about the inclusion of this work in a show about contemporary printmaking. There didn’t seem to be any connection with the subject matter of the show itself. The inclusion may have been for credibility (as Yan suggests), or as pure entertainment (which would show little respect to the artist). In either case, Yan’s sunflower seeds were a successful intervention and live on in the CDRs. The piece is self-sufficient, adapting itself seamlessly to the context and in that way adding layers of experience to all the environments it encounters.