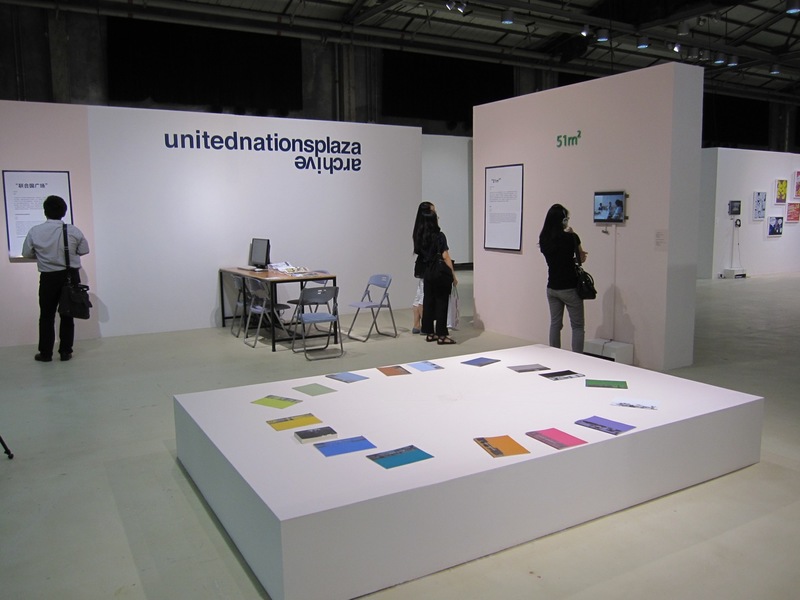 A Not so Small Excercise

In my review last April of You Are Not a Gadget at Pékin Fine Arts, I talked about the curator Carol Yinghua Lu’s self-involvement in the curatorial process. This is a feature of her activities that keys into the ongoing question of the role of the curator in relation to the artwork, artist and institution. Her partner, artist Liu Ding, is known for his critical approach to practices of presentation and value formation through the production and exhibition of art. So it seems wholly appropriate for them to work together on the current show at Shenzhen’s OCAT, a show they have been researching over the past year with curator Su Wei, and which aims to present a broad vision of “Little Movements” that are perhaps difficult to quantify and possibly destined for marginalisation under the art system.

The groups represented are from many locations and periods, including (amongst others) the Copenhagen Free University, artist collectives Company and HomeShop, and curator Nav Haq’s Concept Store. The curators have followed a strict research methodology in the preparation of their material, an important part of which is a recorded conversation with members of the groups on their home territory. I sat in on one such meeting earlier this year, at the studio of veteran artist Wang Guangyi in Beijing’s suburbs. Surrounded by his signature paintings from the Great Criticism series he discussed his role in the “Zhuhai Meeting” – an important gathering of artists from around China that he helped organise in 1986.

Alongside the content presented in this show about the groups themselves, I see the form of presentation as having a major role, as mediator for the many voices present. To create the setting for these groups is a tricky balancing act. Their existence as nascent phenomena, or on the periphery of the visible art world, is often a fact or requirement – too much realisation gives stability and acceptance, but this may end up as conformism and a reliance on available systems, a destination which the curators describe as “…universal values, standards, systemic forces and all forms of inertia.” This inertia can negate or co-opt their aims, and their ability to carry on would be jeopardised if the systems, which they have come to rely on, were to lose interest or disappear. 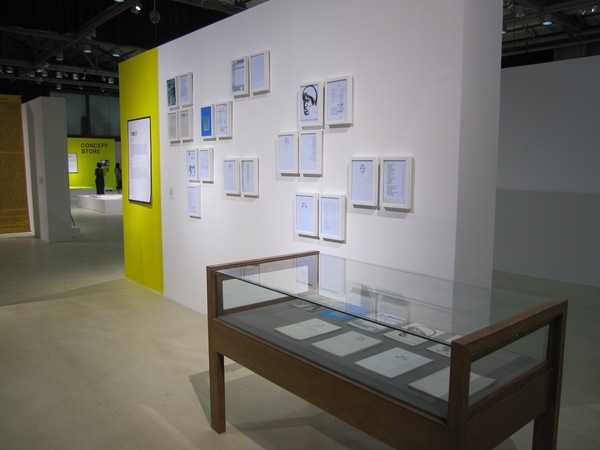 So a parallel emphasis is placed on the groups’ relative states of sustainability. In many cases this is a factor of autonomy, self-reliance and maintaining a distance from external or institutional support. This autonomy is seen as allowing for greater freedom of direction and format for the participants. An interesting trait highlighted by the curators is that this autonomy necessarily includes an amount of self-doubt in the process: “it is because of this state that they gain the power and vitality to persevere in their practices.”

Perhaps because of this aspect of self-doubt, it is not surprising that this show seems to complicate a straight presentation of the material, which could have remained an important but somewhat lifeless museum-like presentation. By enacting its own processes as part of the show it places all the material in an unstable relation. I see this possibility through the show’s aesthetic.

Two examples of this stand out for me. The first is the realisation of the layout at OCAT as a repetition of another of its subjects: the exhibition design for Once is Nothing at the 2008 Brussels Biennial. In a further recursion the latter was itself a recreation of the exhibition design for Igor Zabel’s Individual Systems at the 2003 Venice Biennale. In all three cases, the same architect—Josef Dabernig—was engaged to (re)produce the exhibition design. This adoption of previous forms, if subtle in its evidence on the ground, reveals a strong statement of purpose when the curators present it as a “…gesture of repetition as curatorial approach.” 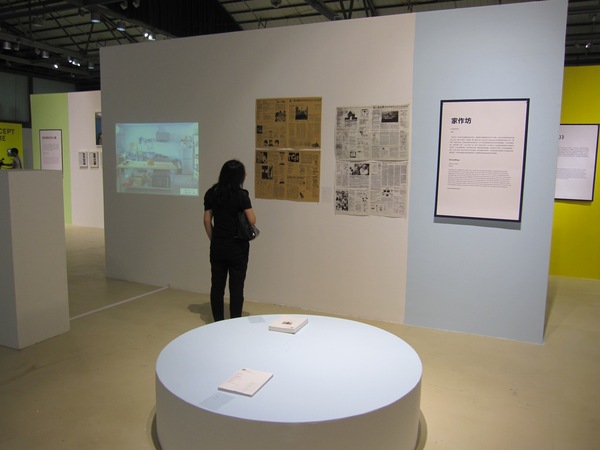 The second aspect is the relation between the forms of presentation and the other works of curator Liu Ding that mine similar territory to create his own productions. His position in relation to the other participants in Little Movements becomes complicated, as his role as curator can be seen as something of a provocation. This presentation at OCAT could be seen to borrow from his working processes (not least on a purely formal level, with the spare presentations and areas defined by colour which have a similarity to his recent solo show Liu Ding’s Store). I could say that his works act as proofs of concept, prior to their application to the subjects of this show. The question then arises: is this a productive way to address and complement the groups on show, or an overshadowing and turning of the presentations against themselves? In a way I feel it is both – looking at the show and its related materials, I think his position provides a further, positive impact on the material, sympathetic to the concerns of the groups to highlight their own processes and methods.

The catalogue for Little Movements emphasises its present context and audience in China, providing a valuable service by pulling together many texts of theory and historiography about the issues and groups involved, with a number of new translations of foreign texts into Chinese. Next year, when the project is presented in London’s Tate Modern, there will be the opportunity to address an English-speaking audience, when the texts will all be presented in English. This presentation at OCAT is but one stage in the development of the project, as the interviews and research are ongoing, building into a fascinating and important store of material on these disparate and hard-to-pin-down groupings. Little Movements represents a valid extension of the curators’ shared concerns, and an important record and critique of the parallel trajectories of the participants.

-- Edward Sanderson, a writer and curator living in Beijing.

(All images courtesy of the He Xiangning Art Museum and the artists.)

Between Reality and Reverie Group Exhibition
9/21/13
COMMENTS (0)
ArtSlant has shutdown. The website is currently running in a view-only mode to allow archiving of the content.