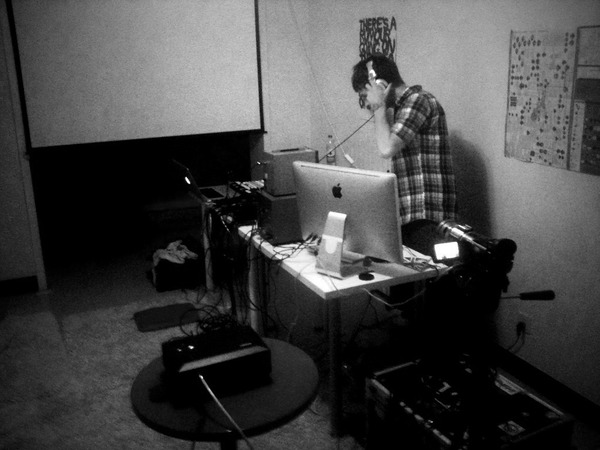 It’s midnight, Beijing-time, and in the darkened living room of a small apartment near the city’s second ring road, two figures quietly attend to their bank of equipment. The performers, Taurin Barrera and gogoj, appear not entirely there, in a world of their own, working away in an environment with few sounds filling the room aside from the rustles of their movements. Projected on the wall beside them are gogoj’s wave-form lightning strikes, reacting to some unheard input, building from simple shaped waves through to complex smears and many-dimensional structures as the feeds become ever more complex. The silence in the room contrasts starkly with the sounds and visuals each performer is producing within the walls of the equipment and immediately dispersed away online to a small audience that has gathered from around the world to experience False SIP, Shan Studio’s first Gigonline.

Sheng Jie, also known as gogoj, is a Chinese video and audio artist, who established Shan Studio in 2010 in an apartment amongst the hutongs in central Beijing. Sheng began Shan Studio as a way to extend her own practice, as, “like every artist there are times when you close the door and do your work, but at the same time I wanted to open the door to receive people.”

For such a small space, Shan Studio is adaptable to many purposes: as a residency space, it has living, working and sleeping areas; as a teaching workshop it provides facilities for creating and demonstrating audio and video production techniques; the living room can be repurposed for small performances, as well as used as a lecture space. 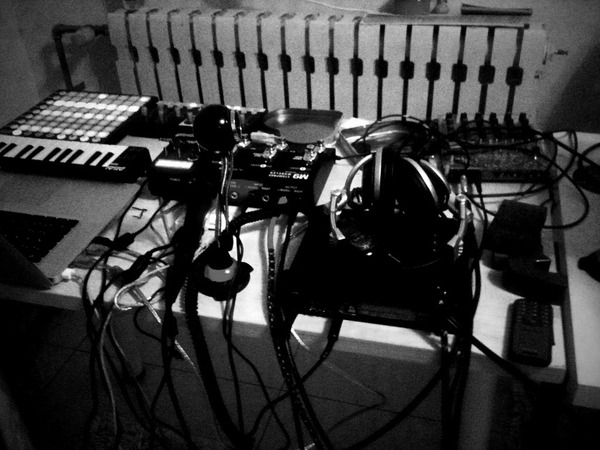 The various types of events produced and hosted here reflect Sheng’s set of interests in working with sound and visuals. Her background was originally in music, her father being a famous concert violinist, but Sheng was also drawn to the visual arts with a focus on video. Her work and her aims for the Studio cross these two areas: “those two parts are a very important part of my background: that I could study music and then drawing – the sound and the visual.”

While working as a guest teacher at The Central Academy of Fine Arts in Beijing, she came into contact with many students who wanted to learn about these links between video and audio. But the professors were unable to devote their time to just this subject, so the students were often left to their own devices, which is where the initiative for Shan Studio arose.

Eventually, dissatisfaction with the university environment convinced Sheng to stop working there and concentrate on the Studio as a platform for knowledge and exchange. The money to support such an endeavour comes from her commercial work, and the fees paid for the artists’ residency, teaching and workshops. Aside from that, the other events are free: “they are simply ways to help people who want to learn something.”

Since opening, the Studio has hosted four international residencies and laid on some seventeen events. These include workshops that teach software and hardware skills, and what Sheng calls Freetalks which provide more relaxed presentations of artists’ work, emphasising a two-way flow of conversation between the artists and audience. 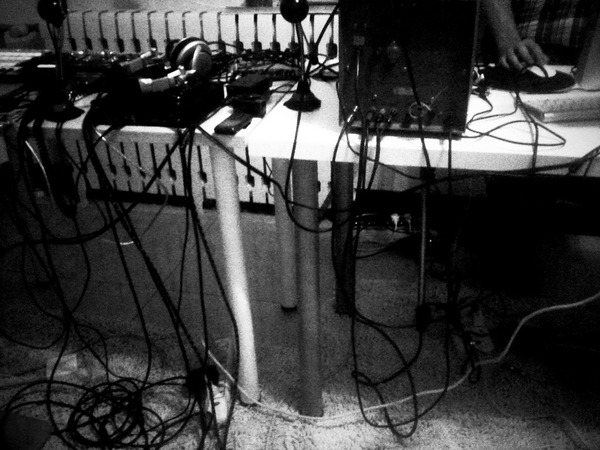 The events at Shan Studio are open to all, and often include students from CAFA but also many students from other university departments, including cinema, fashion and industrial design. This mixture of backgrounds creates a conversation that is important for Sheng: “they meet each other because they want to learn the same things. They can also exchange the information between them and also with the artists.”

The Studio presentation room is very small and usually fits about fifteen or twenty people, a number that Sheng feels encourages connections between the people more easily. The biggest audience was a standing room only event with around thirty people for a performance and discussion with Yan Jun, a well-known Chinese noise artist.

Many events at the Studio have dealt with software technologies, such as Max/MSP, a popular tool for the creation of sound, visual and interactive work. But Sheng is adamant that there is not only one way to work, saying that any software is just a tool:

“Young Chinese people often focus too much on these tools. A question all the time is what software they should use. But I create these events to show people you have many ways to do things, maybe not with Max at all. You can do things without software, just with hardware.”

American electronic musician and sound new-media artist Taurin Barrera was resident at the Studio just prior to the False SIP performance, conducting a three-day workshop demonstrating his Max/MSP patches:

“Taurin can only speak a little Chinese, so trying to explain his patches was very complicated. He finally gave up and spoke only in English with participants volunteering to translate for the others who didn’t understand. It was a very interesting ambience, because all the people are trying to guess what he was saying!” 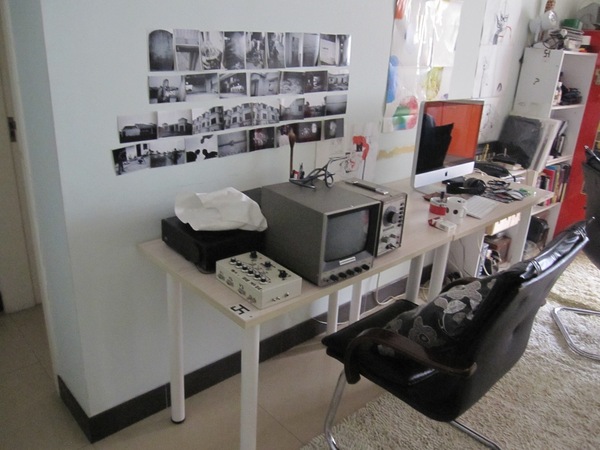 Gigonline is the latest development at Shan Studio, developed in collaboration with Taurin: “I have a neighbour who is very sensitive to any sounds. Gigonline is a way to perform without disturbing them, and I can open the showplace to many people, and they don’t need to move from their own rooms.”

Technical limitations are accepted and deliberately incorporated into the broadcast. This first Gigonline: False SIP with Taurin incorporated “webcams, DIY synthesizers, medical equipment, projectors, busted radios, and many unconventional instruments.” For a broadcast event, the reality is that the internet can be very slow in China, but this becomes a feature and not a bug for the performance. Sheng revels in these restrictions, describing the internet as: “the best distortion box ever created.”

Posted by ArtSlant Team on 8/21/11
Tags: sound digital
ArtSlant has shutdown. The website is currently running in a view-only mode to allow archiving of the content.