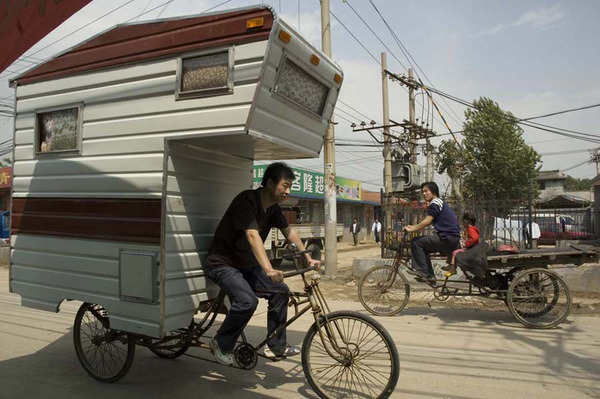 forget art is a loose artist collective, based in Beijing, and initiated in 2009 by Chinese artist Ma Yongfeng. They focus on intervention-based work, often with a touch of the absurd, promoting small-scale, subtle disturbances in the fabric of society, which they describe as their "social micro-practice."

As they work by and large outside of recognised gallery spaces, the creation and value of social space has become an important material for forget art. This keys into the long history of nomadism, with particular attention to the local experience in China and its mass population of migrant workers, as well as the international development of the itinerant white-collar worker. So in forget art’s “situations” ambivalence towards the fixed location comes through, feeding into their approach to production and presentation, and their feeling that sometimes it is necessary to "forget" in order to proceed. As Ma quips “That’s also why we don’t need any space – because we 'forget art,' why do we need any space to do this?!”

forget art made its first appearance at the Dragon Fountain Bathhouse in September of last year, with a group show inserting a collection of minimal works into a temporarily détourned bathhouse in Beijing’s Caochangdi Art Village.

The works appeared as small situations expanding on the idea of an artwork, but always with a standpoint somewhere between the object and the situation. The light touches of the pieces infused the rooms without overly asserting their presence or nature, with male and female areas open to all for a few hours only. At the time Ma explained to me that, “An ‘object’ is just this thing [indicating a cup], but if we draw a circle around it, it’s an expanded object, developed, and it becomes a situation. But we don’t want it to become bigger and bigger, we’re just in the middle, in-between.” 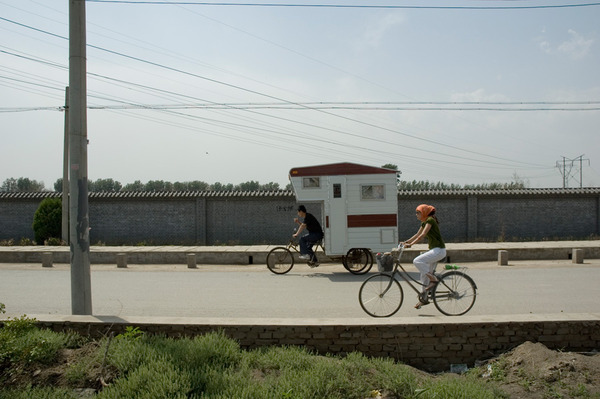 This sensibility has laid the groundwork for forget art’s Guerrilla Living Syndrome (created by Ma Yongfeng, Yang Xinguang and Wu Xiaojun) that began last month. Guerrilla Living Syndrome will be a series of projects continuing to attend to these subtle displacements of spatial and social constructions but applying to wider forms of subject matter. As the name suggests, all the sub-projects will build up to a renegotiation of our social relations based on lived space.

A starting point for this new project is the effect of the Hukou system on life in China. A Hukou is a residence permit, which gives you rights in the area it applies to. While not preventing you from moving around, as it did in the past, a Hukou makes things like healthcare more convenient in its area; treatment for serious health issues can only be received in your Hukou.

Although certainly not as draconian as it used to be, the Hukou system represents a strong tie to a “home” area. The psychological and practical issues of accommodation outside of your area become an issue, so the first Guerrilla Living Syndrome project, Youth Apartment Exchange Project (YAEP), picks up on the issues of nomadism seen in the previous projects while providing practical accommodation possibilities for the participants. As Ma says: “People move many times in their lives, and there are also a lot of temporary spaces in the city – Starbucks, hotels, restaurants. We want all spaces to become temporary.”

On a practical level YAEP takes the form of a social website that allows participants to find others who want to exchange residences, and then to share the experience and stories behind the exchange back on the site. The site is not just for apartment swapping though -- anything can be shared through this open barter system forget art have constructed. 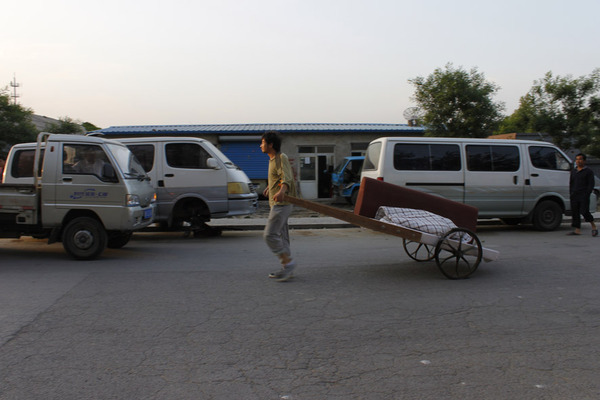 One effect of this new system is to bring people together, promoting social interaction through exchange. Ma worries about the contemporary tendency of people to live their lives online, weakening real world social bonds. As Japan has its otaku, China has its zhainan (宅男) and shengnu (剩女), recognised as potential problems for the development of society. YAEP addresses this by providing an arena for real-world socialisation through the exchange format, in what Ma characterises as “from Facebook to face-to-face.”

When I put it to Ma that in practice exchanging apartments would perhaps not be easy for many people, he was pragmatic about the issues involved, and also pointed out the part traditional Confucian family values will play on participation. These emphasise your family as your top priority while those outside of it are seen as less important or trustworthy. This background will make exchange with strangers difficult for many people, so to begin with, the project will bring existing friends together to exchange with each other. 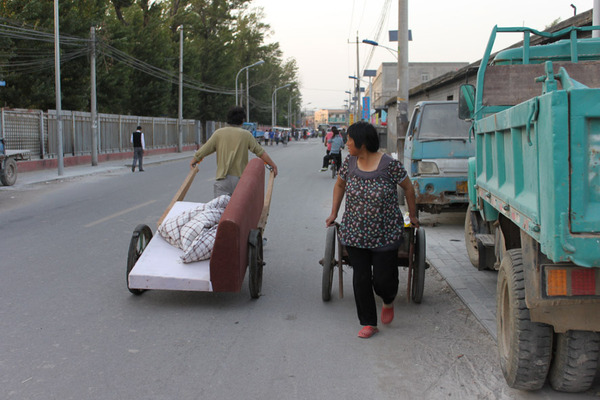 These social barriers are what this project seeks to address with its interventions, which forget art see as a route to adjusting society as a whole: "Chinese civil society is not like Western civil society. [Chinese society] can be very cold and selfish… We want to make our projects the starting point to let people accept their value as a citizen, to care about strangers, to care about society, about social responsibility. This is not an art project: it’s a social thing." 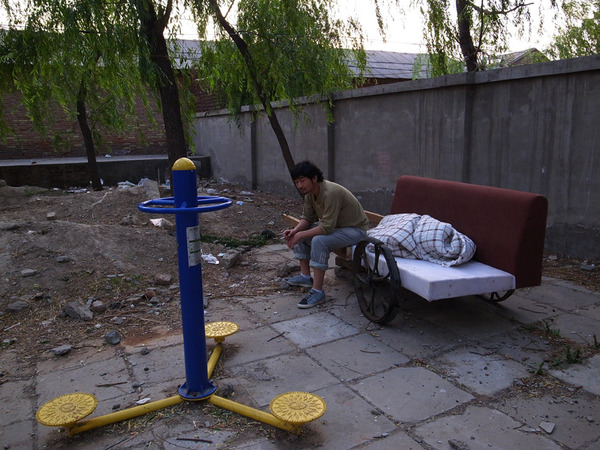 Reflecting the nomadic ways of life, YAEP represents alternative living practices, and although Ma recognises this is “a very utopian way of thinking about society in the future,” nevertheless he feels that taking a lesson from art practice can provide new possibilities in the wider field:

“In the art world we talk about alternative strategies, but we can expand this to everyday life. In the traditional Beijing hutongs we have shared toilets in every alley; it’s more sociable (but maybe less convenient). But modern life says that having a toilet in your house is the only acceptable value, but that way of thinking is very much like what Marcuse addresses in ‘One-Dimensional Man.’ We want this society to have many different values of living, not just one.”

Appropriately, this is a long-term project for forget art which they see lasting ten years (or more), and the results very much depend on circumstances; Ma is happy to leave that aspect of the project open: “China has a very sophisticated society, so the results of this are really unknown.”

Starting from the minimal roots of the Dragon Fountain Bathhouse project, Guerrilla Living Syndrome shows that the approach of forget art will always be subtle but with grand aspirations: “We want to make a very small change – to find that critical point, where we can try and get some more interesting things to appear.”

Posted by ArtSlant Team on 5/29/11
Tags: exchange, social, intervention
ArtSlant has shutdown. The website is currently running in a view-only mode to allow archiving of the content.