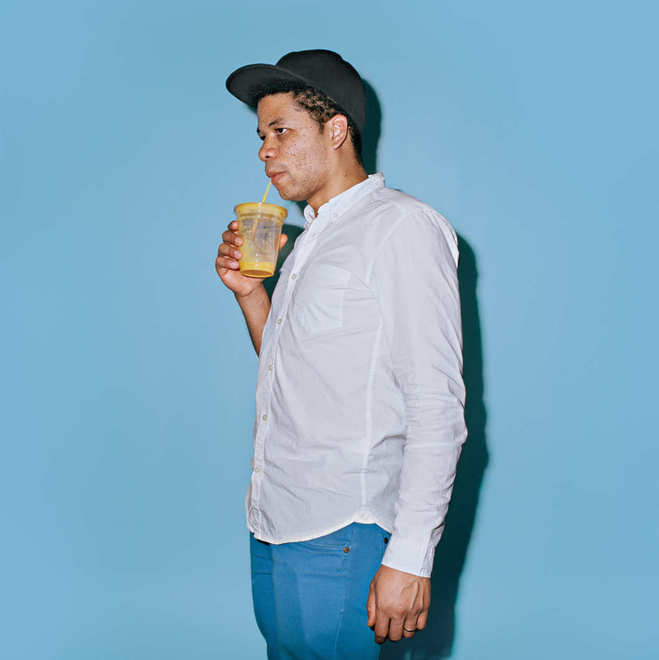 Darlings: A New Cult of Youth in Art

The art world darling. The term’s ties to youth are not surprising, ever more now that youth in the art market doubles as a texture, a feature of desirability—a quality that is not necessarily bound to age, but to attitude. The cult of youth has held strong since the Victorians, and its associations with affection still stand. While the term darling (dear-ling) and its tender definitions may not have evolved over the past few centuries, the idiomatic media darling—the darling that belongs to the crowds, not to the individual—certainly has. The contemporary art and art market darlings are young and brilliant, bright and seductive, mysterious and coy—painted as both coquettish and confrontational. There is often something oppositional within their career objectives (i.e. their persona battles the institution, at the same time their work gains value at auctions and fairs for being housed within certain museums and public collections). In a particularly telling formula, which ran in BLOUIN ARTINFO this past September on Danh Vō, “when asked about the practical or conceptual foundations of future projects, his favorite rejoinder is: ‘I have no idea.’ Today, however, Vō is an institutional darling…” In darlings, the modest is conflated with the inflammatory, just as their implied youth—a play on inexperience, false or not in the press—is synthesized with value.

The contemporary characterization of darlings is all part of the increased viability—and indeed expectation of—artists’ commitment to the social and the public. We see them dressed in tailored couture in their studios, on the spreads of glossy magazines, or backlit on screens (see: Kour Pour opening at Depart Foundation in the popular Diary pages of Purple.fr)—their washed out skin under the hot light of a camera flash. We recognize them in the aisles of international art fairs, delicately cast in the glow of their distilled personalities, which we have gathered and absently absorbed from news briefs and feeds. We know their biographies in sound bytes: born 1986, lives/works in X. Their names are committed to the lexicon of being in the know; art presses, publication houses, and art fairs have since adapted to allow for this type of coverage to rise to the top, notably Art Basel’s Nova Sector, or Taschen’s ever-expanding roll Art Now, branded “if it’s hot in the art world today, it’s in this book.” These darlings appear and disappear as invisible celebrities; the proliferation of material that focuses on keeping current allows for their names to operate more as unfixed zeitgeists than as permanent monuments. 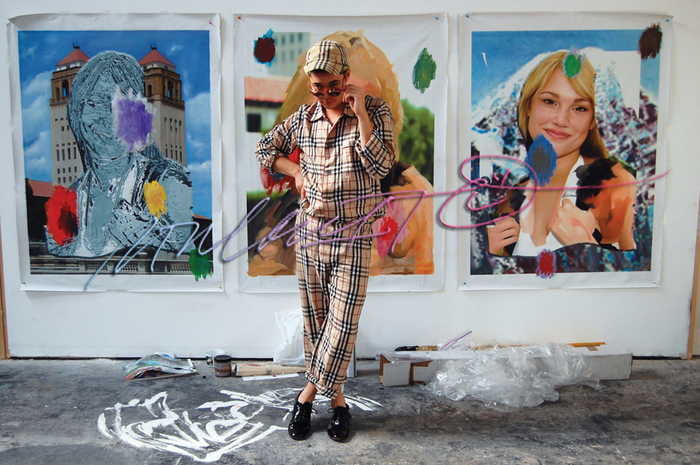 Parker Ito posing in his studio, in front of The Most Infamous Girl in the History of the Internet / Attractive Student / Parked Domain Girl, 2010 - 2013. Image courtesy of Artpulse Magazine.

How do we define darlings—this reified cult of youth for our times? Perhaps it is best to start with the speculative nature of these art world reputations, rendered as forward thinking and daring in their approach. We often hear they propose new ways of seeing for the digital age. We hear about Post-Internet artists that have moved beyond the novelty of the web; where the movement’s quality of the now is “its most distinctive feature."

The decadence of the term darling is tied to a similarly ever-present youth in media headlines—ten young artists to watch, up and coming, the “on the rise,” future greats. To be a darling is to occupy a position within the market. The position is of course desired. Nowhere is the duplicity of the relationship between contemporary art and the art world more prevalent than in its darlings. But where is the line of dissent? When does youth become true progression, and where does it get destroyed under the weight of the market? 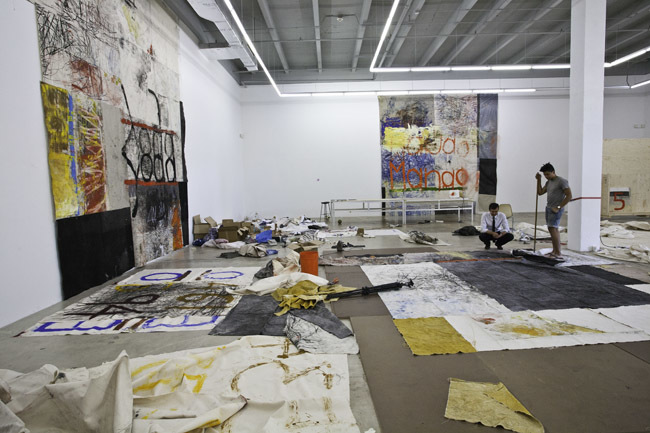 The answer has to do with how we write about them and their work. Mention a contemporary artist quick on the rise and the name on everyone’s lips is Oscar Murillo. His affectation is clear; while he is characterized on the “threshold of naïve” his art world rank is staggering. It is supposed to be staggering. Bright, young, and promising—Murillo’s tenacity is never lost in the press. Descriptions of the artist—his ambition and seemingly impossible market inflation—are always tempered with biographical information: his immigrant upbringing, his place within the cannon as a twenty-first century Basquiat. The precedence for failure is weaved into his persona. As Allan Schwartzman has been quoted in almost every instance of Murillo’s published features “almost any artist who gets that much attention so early on in his career is destined for failure.” How dangerous and seductive.

The machine of history moved before Murillo. But how much of his affectation—as a ruthlessly motivated artist that won the hearts of collectors—is the texture of words?

As darlings have collapsed youth into a seductive image, the flattening of history is no longer limited to the cannon, but instead pushes against the present. Current artists are frivolously written about as if they were long-established icons—take a recent description of Petra Cortright in her studio in The New York Times, “She looked like a movie star but exuded the aura of a cult member from the ’70s.[4]” Cortright’s position as a darling in the media is different than that of Murillo’s. Whereas descriptions of his rise on the market is perforated with allusions to an unrivaled intensity in the studio, Cortright is painted as lackadaisical flower child, quoted not on her status in the market in the same publication, but on her choice of sunglasses, “I always wear the pink ones,” she said. “They’re supposed to make you happy and playful.” 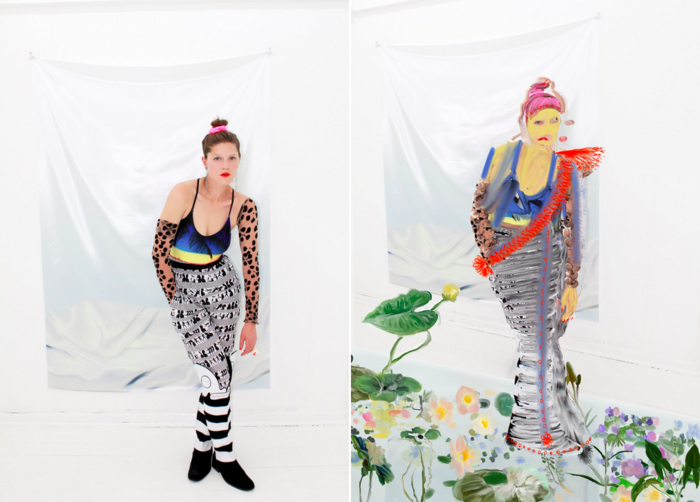 Within this flattening of time, darlings are embedded into their exhibitions. Beyond media coverage, we read about The Most Infamous Parker Ito in the History of the Internet, at The Hole in 2013, or the better-named Parker Ito Does Parker Ito, on Pyramidd.biz in 2011. The essential egotism in describing darlings serves as a turning point, where we see the young artist and the persona of youth meld seamlessly into one. Youth is no longer illicit; it is expected. Naïveté, false or not, is the norm—branded and packaged, not as a vehicle for critique, but as validation. In the process, the authentication of youth itself has become a type of acceptable practice in contemporary art all its own. If anything, what is surprising is the sort of conservatism that follows this brand of youthfulness (when did youth become so tame?). The persona becomes the person. Far from fleeting, the affect of youth has been absorbed as a categorical marker. 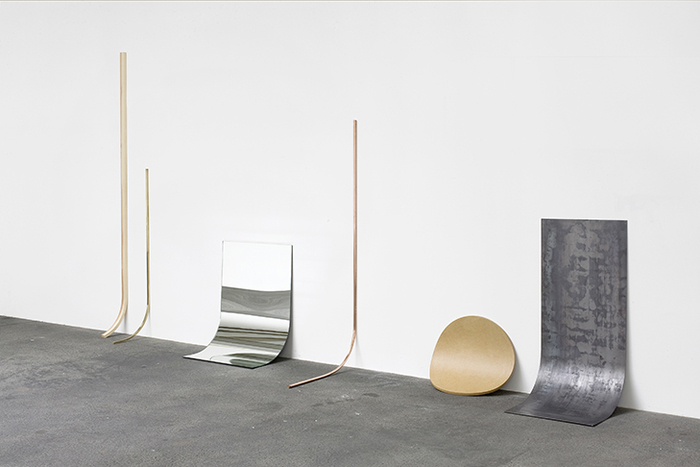 The Sammlung Boros in Berlin, one of Europe’s most highly respected private collections of contemporary art, features rotating exhibitions of work acquired by Christian and Karen Boros, housed within an old Nazi bunker. As I was toured through once, the guide was sure to mention multiple times that the Boros’ do not collect backward. Each piece within the collection was bought the year it was made. Extra contemporary. As we walked through the various chambers, Alicja Kwade’s work dominated the strongest spaces. I can still hear the guide’s voice echo when I see her pieces, “and this is the work of Alicja Kwade, Berlin’s little darling.” If you can imagine this statement looping over Kwade’s installations—particularly in her treatment of harsh materials, which are forced to bend, seemingly operating on their own sense of gravity—the irony will become apparent.

Rather than qualify the art itself, the darling belongs to the personification of the market within contemporary work. This existence of youth-personified is part of the contemporary consciousness, and can offer effective criticism if navigated knowingly. Where the cult of youth once pushed the boundaries, now it walks the line. It is a challenging position, but still has much to offer, and deserves to be contextualized as such.

Art Fairs Aren't Evil, They're Just Boring (Most of the Time)
5/11/15
COMMENTS (1)
A New Cult of Youth in Arts Journalism
Cristello, You are 24 or 25 years old (?).
Comment by: tatadada on Monday 05/18/15 at 2:23 PM
ArtSlant has shutdown. The website is currently running in a view-only mode to allow archiving of the content.