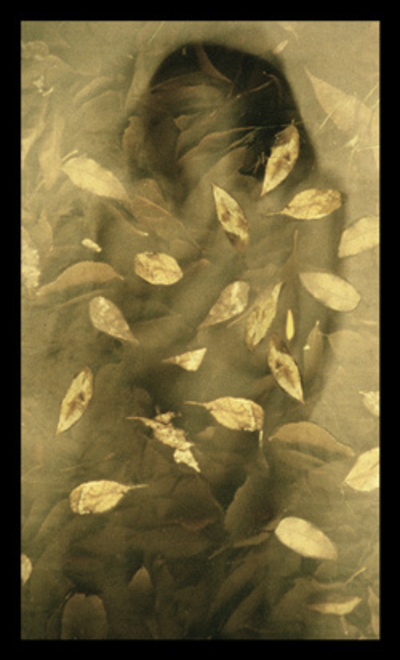 Over the weekend “Trace/Memory” opened at the Evanston Art Center.  Taking explicit focus on the fact that artists use memory to create work, this exhibition shows work by twelve artists that address memory itself, its construction and its residue as their subject.  Accompanying the opening was a panel discussion, where the artists on view discussed their work and their methods.

Memory, as a subject, may be tricky to tackle since it can so easily give way to nostalgia.  But any anxiety was assuaged by the variety of approaches on view.  Memory, as subject, lends itself well to conceptual and theoretical approaches, and the work that followed those paths ultimately proved most, well, memorable.

The center gallery displays several works, including a suite of digitally manipulated photographs by ATYL (Alexandra Lee).  Born in Hong Kong and currently living and working in Chicago, ATYL apparently visits China semi-regularly, as Asian cities appear in the work, and she was not present for the panel because she is in China celebrating the Lunar New Year.  The images presented in “Trace/Memory” are, at their base, usually images of the city with many other images layered on top.  Often images of family emerge, bringing to mind the “Bloodlines” series of paintings by Zhang Xiaogang.  ATYL’s method is ideally suited for urban centers like Hong Kong or Chicago, where density is extremely high and people live stacked on one another, just as the images are stacked into the final work.  These images show a portrait of a frenetic and vibrant city, overwhelming foreign but with Western influence occasionally poking through, like the Coca-Cola emblem emerging from under signs in Chinese as in Happy Cake (2008).

While you check out the rest of the exhibition, be sure to see Jeffery Cote de Luna’s Velásquez Remix.  Presented as a triptych, the work consists of three monochromatic canvases in shades of green and brown.  While I thought the luminescent effect of the canvases was enough to enjoy, one quickly notices that these are not simply abstractions but have a distinct conceptual bent.  Cote de Luna selected three Velásquez paintings that were digitally available, averaged the color tones on his computer and used the resulting single tone as the goal to accurately reproduce on canvas.  Also, significantly, Cote de Luna selected Veláquez paintings of two court dwarves (El Nano, El Nino) and one court jester, not paintings of nobility; there must be some significance here since it seems quite premeditated.  Placed to the side of the paintings is a framed copy of working notes presenting the process to the paintings.  We see the Velásquez source image (very small, very poorly reproduced) and then the schematic of the layering required to reach the average tone.  This included using a “Courbet green” and “Rembrandt brown” paint layer in the process, ironically leading to a copy of Veláquez and a new work by Jeffery Cote de Luna.  The whole approach is thoroughly grounded in postmodernism, leaving us a reflection on attempts at “copying” the Old Masters, traditional means versus modern means and the ongoing battles of taste.

If you are up north in Evanston, drop by the Evanston Art Center and visit the show.  It’s worth drive over.  Also on display is Matt Dehaemer’s installation “The Nereid Beckon,” a site-specific sculpture made of plastic bottles containing messages from various participants.  The sculptures are mostly covered in snow by now so they now appear mysterious and amorphous as they float on the front lawn of the Art Center.