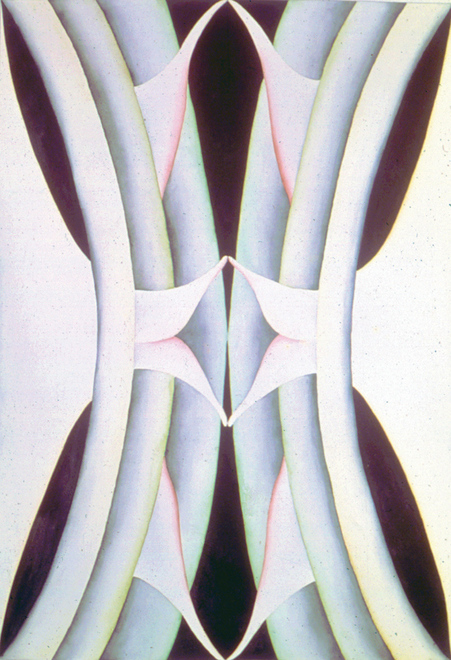 At first look, Fearful Symmetries exhibits surprising choices for Faith Wilding’s first retrospective. Best known as a performance and installation artist and writer involved with feminist art collectives, Wilding has firmly secured her place in the canon of the feminist art movement. Having studied with Judy Chicago in the Feminist Art Program – first at California State University, Fresno, and then at CalArts – she subsequently participated in Womanhouse (1971–1972), in which she performed her provocative and significant work Waiting (1972). Since that time Wilding’s work has spanned performance, writing, installation, mixed media, and BioArt; she has collaborated with the Critical Art Ensemble and the cyberfeminist art collective subRosa; and she has received a Guggenheim Fellowship, Creative Capital grant, and NEA artist awards. Wilding’s threewallsSOLO exhibition is well timed to coincide with her reception of a 2014 Lifetime Achievement Award from the Women’s Caucus for Art on February 15. 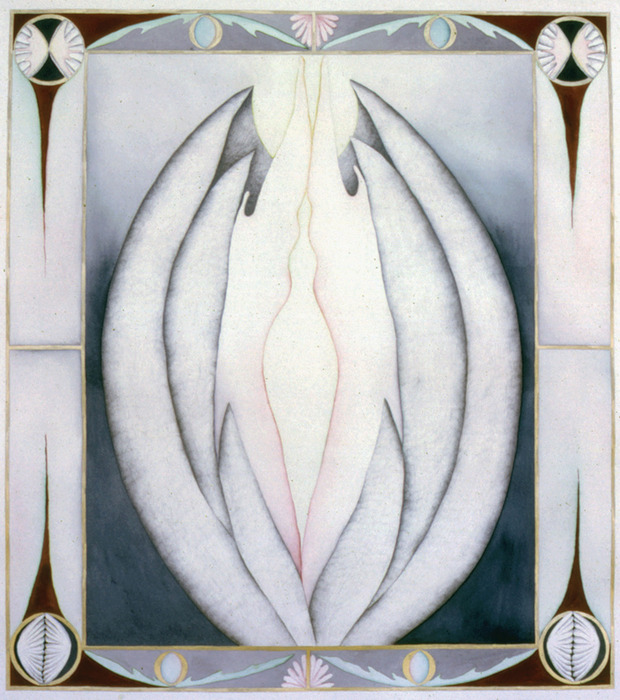 Faith Wilding, "Burst Crysalis," Cracks in the Carpace series, watercolor and pencil, 1974, 32 x 29"; Courtesy of the artist and threewalls.

This incomplete résumé suffices to show that the breadth and depth of Wilding’s work – and her influence on her own and subsequent generations of women artists – are too great to suitably condense, and a retrospective is long overdue. It is for this reason that the focus of Fearful Symmetries is surprising. The exhibition includes two rarely seen videos documenting Waiting and Wilding’s later reinterpretation of the original performance, Wait-With (2009), as well as select documents and archives from her involvement with feminist theater, performance, and publications in the 1970s. However, the show highlights Wilding’s mixed-media works on paper from the past four decades. Vibrant watercolors dominate the main galleries in threewalls, ranging in size and employing symmetrical and anatomically suggestive forms. Early works are reminiscent of Georgia O’Keeffe’s abstractions, and later works gravitate toward collage aesthetics and harder edges. Many works bring together image and text through including written quotations in a clear effort to give voice to female writers and historical figures. An updated version of Wall of Wounds (1996), composed of small Rorschach watercolors on translucent paper, reveals a psychoanalytic influence undergirding Wilding’s work while ironically commenting on the spectacle of public, talk-show style confessions. Throughout the exhibition, Wilding’s commitment to creating handmade, tactile, and elegantly crafted work centering on gendered bodies remains evident and creates a cohesive aesthetic.

Like many exhibitions in which Wilding has participated – including WACK! Art and the Feminist Revolution (2007) and re.act.feminism (2009) – her retrospective is determinately framed by her involvement with the feminist art movement. Beyond the importance of recognizing Wilding’s significant career and oeuvre to date, a question arises regarding the sort of social and political work the exhibition performs. Is the overt creation and continued positioning of artwork as feminist still an effective strategy in the current moment? How does an exhibition about feminism versus, for example, an exhibition that happens to be composed only of women operate differently? The question may be crudely formulated as a generational gap of second-wave versus third-wave feminist politics, of overt political declarations versus subversive assimilation. In reality, it is not a question of right or wrong strategies. As many different strategies are needed as there are versions of feminism to address the complexity of power dynamics and continued discrimination in a world where Beyoncé declares herself a feminist in her newest album while many college-aged women disavow the movement and its history altogether, and where the majority of galleries still represent noticeably more male than female artists. 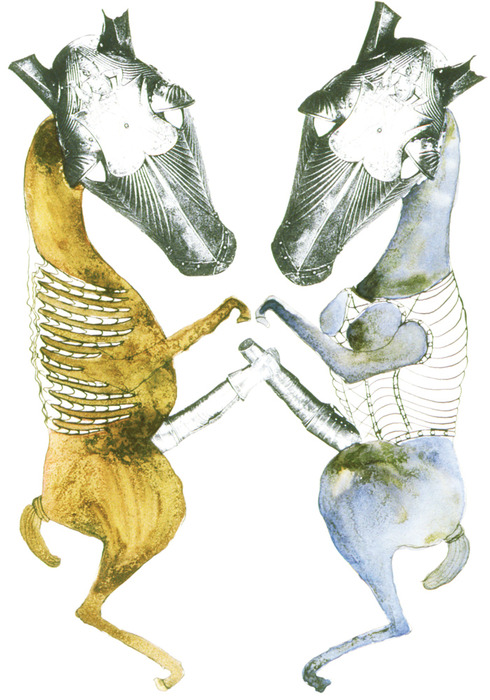 This brings me to a final surprise regarding Fearful Symmetries: the fact that it is the first retrospective for an artist of Wilding’s caliber, and that it takes place in a nonprofit gallery – albeit a quite prestigious one – rather than a museum. Perhaps both aspects should not be surprising, and the exhibition’s location may even be fortuitously appropriate. Like feminist history itself, Wilding’s retrospective is situated peripherally – just out of the Loop and out of range of the Art Institute or MCA.

(Image on top: Faith Wilding, "Our skins are so thin where they touch," Imago Femina series, 1974, watercolor and graphite, 30 x 23";  Courtesy of the artist and threewalls.)