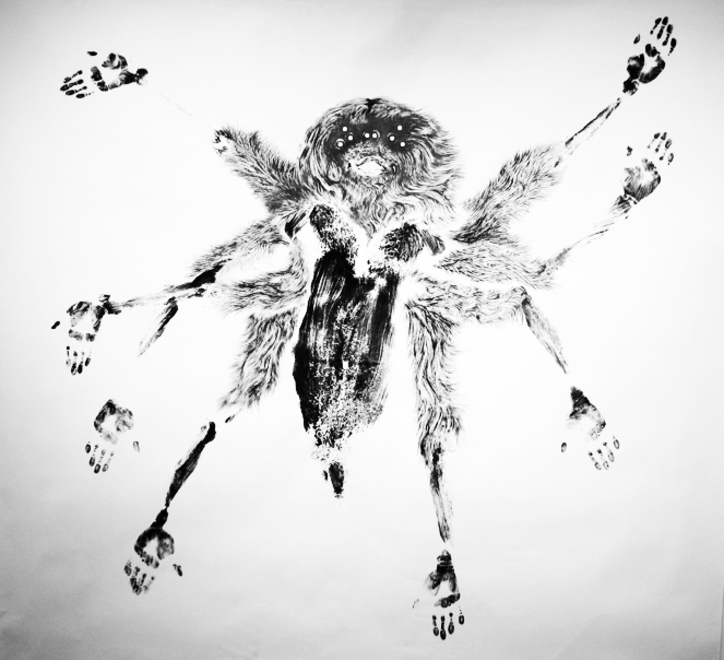 The Sovereign of the Lakes

On a humid Thursday, shortly before sunset, taxis and town cars carrying well-coiffed women and men will converge on 600 East Grand Avenue. There, joined by a crowd of somewhat lesser personages on foot, they will step into the belly of the beast: Navy Pier Festival Hall, as redesigned by Studio Gang Architects. After three hours inside the leviathan, touched by “celebratory food and drink” and saturated with art, they will emerge—the faithful—into the rainy night. The unseen moon will be full. EXPO CHICAGO will have begun.

That, at least, is the version prayed for by EXPO President/Director Tony Karman and his staff. Thursday, September 19th will have passed by the time this article appears, and Karman will already have telling indicators of the fair’s commercial viability, based not just on the vernissage but also on the six hours of unofficial VIP access directly beforehand. In fact, hints of sales will have come even before that, thanks to EXPO’s partnership with Artspace.com. Since September 9th the site has offered collectors (and everyone else) “first access to preview over 600 works showcased by 100 of EXPO’s premier galleries,” each work helpfully flanked by bright pink buttons announcing “CONTACT US TO BUY”.

Sales, of course, are a common measure of an art fair’s success. EXPO needs more of them if it’s to survive beyond its infancy; if not cash-starved after the 2012 inaugural opening, it was at least underfed. It’s noteworthy that Karman, in this atmosphere, continues to protectively insist that “the art comes first.” On that stormy Thursday, after the last of his elegant guests have departed, it’s easy to imagine him walking through the space with a flashlight, laughing quietly, re-living how his creation finally met the public. It’s his baby, the hulking thing. He’s determined to grow it strong, strong enough to bat its fist/paw/fin into Lake Michigan and send waves out across the Great Lakes, up the St. Lawrence River, and out to the Atlantic Ocean and beyond. 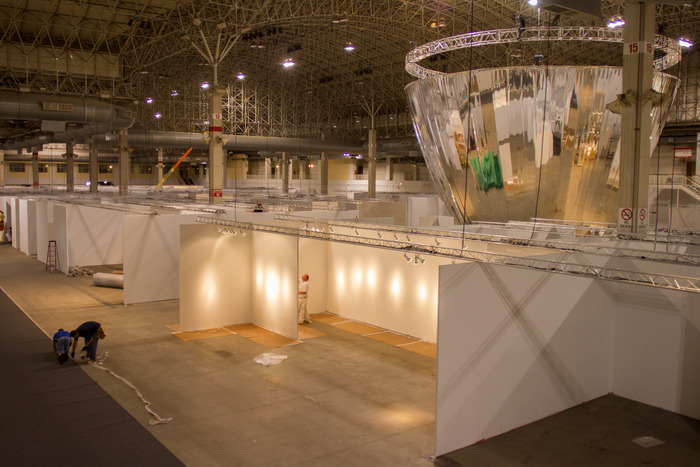 Regardless of this ambition, there’s something homegrown about EXPO that distinguishes it. When the Olympic Games threatened to heave themselves into Chicago, a common reaction was to run through the streets, shaking fists in the air to ward the thing off. After a robust upbringing the city’s latest major art fair, Next Art Chicago, became lame, suffering a slow, painful decline. Its owners finally decided it couldn’t survive in this climate and mercifully (if somewhat condescendingly) put it down.

Karman, dubbed “Resurrection man” by the Chicago Reader, is the former vice president and director of that disparaged event. His backstory—a security guard who worked his way to the top, then founded his own event after his dastardly bosses proved their disaffection—is an ultra-populist blend of Horatio Alger and Field of Dreams. The man drinks the perennially hip IPA Zombie Dust and claims The Hideout, a four star Yelp dive bar, as his favorite place to drink. The media (or a strategic marketer on the EXPO team?) knows that this is solid gold: coverage of the fair tends to focus heavily on Karman himself.

Full disclosure: I too drink Zombie Dust and frequent dive bars. Like Karman, I started low on the totem pole at an art fair, though not at one in Chicago. These days I rank ever so slightly higher on the totem pole, currently as a Section Leader for EXPO CHICAGO. The concrete benefits of this are: (1) Staff T-shirt, (1) pair sponsor shoes, and a standard hourly wage. The networking and professional benefits are not especially considerable, considering access I could have received as an arts writer. So why work for EXPO? The real reason—and this may be hopelessly naïve—is simply because it existed and I wanted to be part of it. This awkward creature that seems to have sprung straight from Tony Karman’s heart, which has grown to a behemoth—it may easily become the highest quality gathering of international, contemporary art Chicago has ever seen. 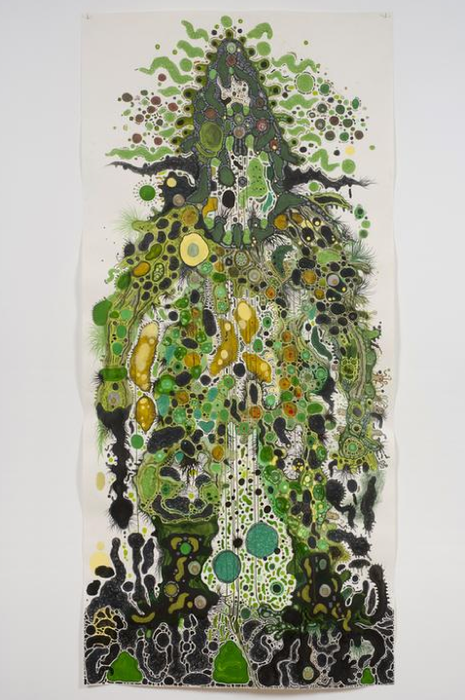 From within Chicago itself, the list of EXPO’s partners and participating galleries is a Who’s Who of respectable institutions across the city. Moreover, the fair has been popularly successful enough to inspire two concurrent satellite fairs this year, Fountain Art Fair and EDITION Chicago. One wonders how Karman feels to see his creature reappear, one year older, with children in tow. Proud, hopefully—the satellites offer some of the most compelling programming available this weekend. Together the three form an unnatural but supportive family, an integrated art scene that’s been born of sheer chutzpah.

EXPO is a bid for Chicago to be taken seriously. It is demonstrably strengthening Chicago’s reputation in the wide world, giving all of us who talk so proudly of our scene a chance to prove it. Surely there will be growing pains. But, if we can keep the creature healthy and, along with Tony Karman and all the other dedicated cultural producers, help it to grow, then Chicago could be something more than the biggest fish in the pond. The sluice is open. It’s time for our art scene to slip on into the lake, to grow strange and fantastic appendages, to become the far-eyed, powerful beast it always wants to be.

[The writer is chagrined to admit that he relies on sources as unreliable as weather.com. From now on, he commits to The Farmer's Almanac as his sole source of solar information.]