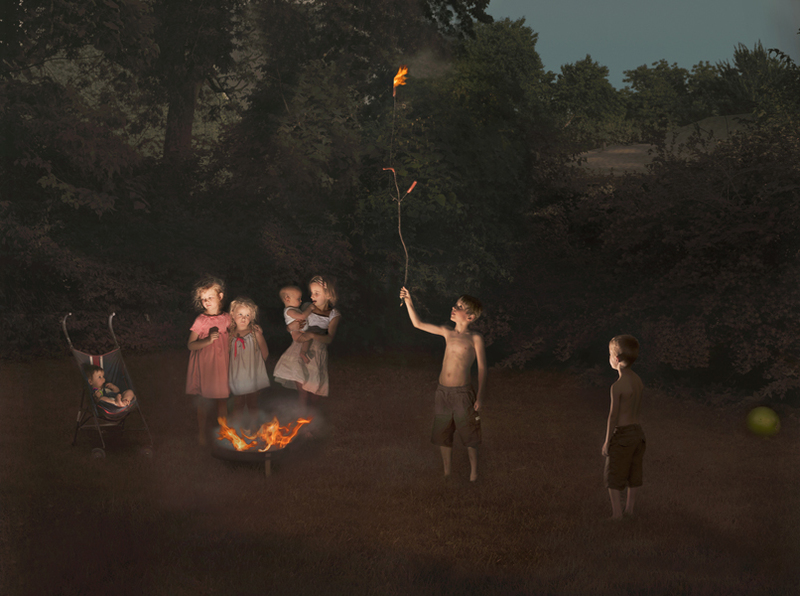 Chicago has doubled-down in September. The month of openings is now a full-on arts bacchanal. The nascent EXPO has proven itself a powerful nexus, pulling together the disparate art worlds of Chicago into a dense cloud of top-notch openings, performances, events and fairs – many scheduling their openings around the weekend of the 20th to coincide with an amassing of collectors. Yet many galleries chose to open their Winter program on the first weekend of September as usual, perhaps to test the waters and avoid last minute hiccups. Others so they would have time to participate in the fairs fast approaching. Either way, this past weekend alone saw a flush of exhibit openings that exceeded expectations.

Catherine Edelman Gallery put together another stunning exhibit from Julie Blackmon and her neo-baroque photography that mimics the contrast and construction of the Dutch Masters’ paintings with a deft/delft eye. Beautifully disrupting images, they convey a sense of control within chaotic moments, a lived duality caught in a flash. 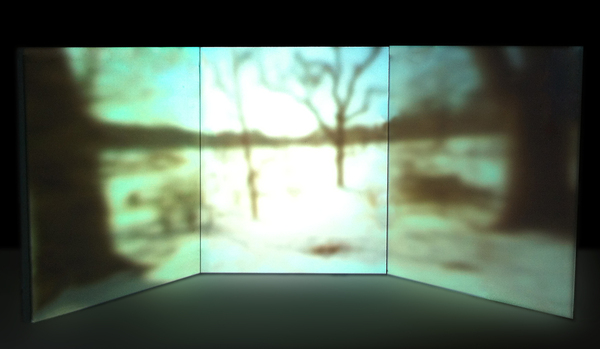 Working in a like vein, Casilda Sánchez’s solo exhibition at Aspect Ratio Projects explores winter scenes reminicient of Dutch and Flemish painters through a blurred lens surveying Prospect Park in New York. Sculptures from the artist delicately reach and plant in a tenuous motion captured in Hydrocal.

Rachel Niffenegger, Chicago’s young art darling has made her return to the city at Western Exhibitions after a nine-month residency at De Ateliers in Amsterdam. Flesh Show exhibits a softening to the darkness and a budding maturity that is as striking and beautiful as her raw and powerful, earlier works. Up and up! 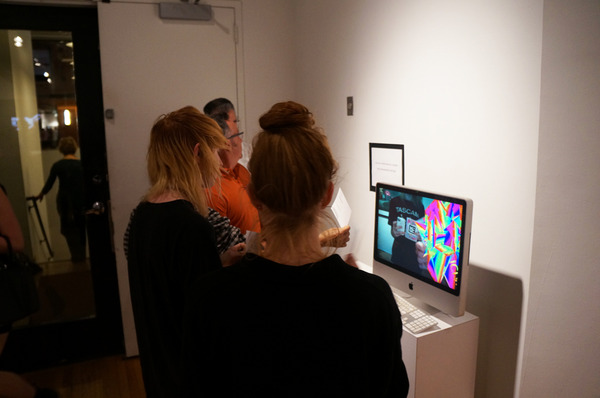 The highlight so far has been Jean Albano Gallery’s presentation of a new media exhibition; shaking up the River North galleries’ tired reliance on safe and salable art, TECHNOROMANTICISM is a well-curated stretch between two continents of art production. Curated by Alfredo Salazar-Caro, the exhibition brought the movement that seemingly, by definition, resists traditional modes of commodification into the most traditional of galleries. Definitely check this exhibit out: Claudia Hart and Sophie Kahn’s sculptures materialize in the gap between formal gallery work and the technical experimentation that characterizes the genre; prints by Theodore Darst, Paul Hertz, LaTurbo Avedon solidify new-media’s formal merits; while Kim Asendorf’s gallery billet in the form of an “augmented reality” installation, and Yoshi Sedeoka and Claudia Hart’s video works reflect the technical environments from which the form of new media sprang. In the backroom, small works by Karl Wirsum still hang, oddly contemporary within the context if also a reminder that Chicago doesn’t change that quickly.

This is all just a taste of what’s to come. With Edition, a new fair put together by Chicago Artists Coalition and Andrew Rafacz Gallery, Fountain Art Fair making its Midwestern debut at Mana Contemporary, and Gallery Weekend Chicago leading the legions throughout the diaspora of quality galleries that this city has to offer – Chicago is set to present a robust and diverse face this Fall.