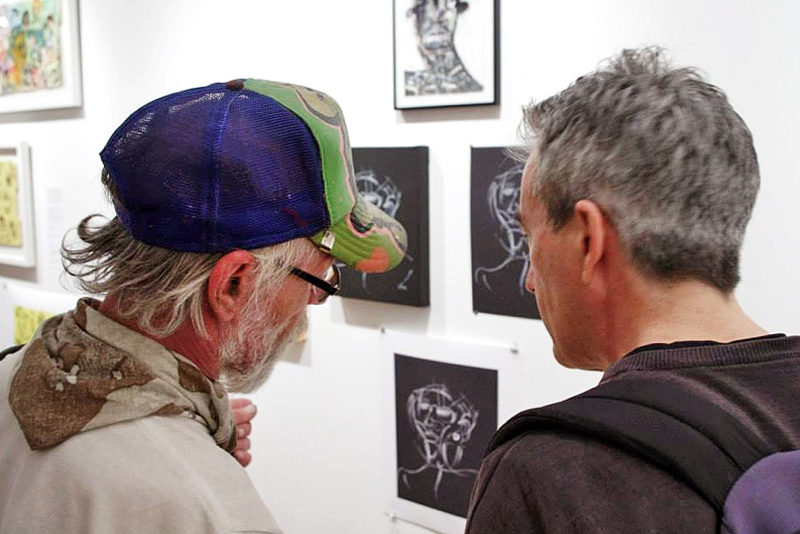 Standardization vs. The Sublime

A zealot has denounced plurality. He calls for his followers to storm the temple and restore it to holiness by casting out the false idols within. The local elders hear of the plan and, in response, decide to play a trick on them. When the zealot and his followers arrive where the temple once stood, they are surprised to find not one but three identical temples, none of which contain idols.

What does the zealot instruct his followers to do?

Choices can be terrible things. For three decades, teams of spirited psychologists and sociologists have been showing that consumers faced with too many options tend to: a) sink into indecisive anxiety and b) decline to make any decision at all. The clinical term for this is “choice overload,” and it appears to be true whether shopping for jam at the supermarket, deciding between health care plans, or even choosing a life partner. The surest way to induce anxiety is to present a choice over something that most people “lack familiarity” with—say, art.

Most of the public is so uncomfortable with art that it’s difficult to even give away, let alone sell. Fortunately for the sustenance of the market, there’s a simple, pragmatic solution, and it’s put to brilliant use in The Economics of Art, the current exhibition at Chicago’s Vertical Gallery: standardization. The show, curated by the gallery’s Patrick Hull and Ben Schuman-Stoler of Thumbtack Press, presents original work from thirteen artists alongside several reproductions of each piece. The viewer is invited to examine the differences between, for example, an open edition print, a closed edition screenprint, and the original work from which they’re derived, and to compare the corresponding price points. 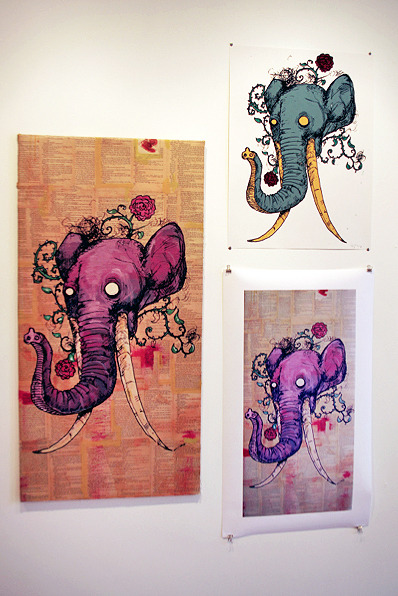 It’s a canny setup. By shifting the conversation from concepts and aesthetics to technical considerations, the gallery eliminates the problem of lack of familiarity for the general public, and by having only three or four options per work it avoids presenting too many choices. The show has been a commercial success, suggesting an additional layer of meaning to its title: The Economics of Art doesn’t simply explain editions and pricing, it demonstrates how art can be effectively sold.

Of course, there are other factors at work here. Vertical Gallery is located in a well-traveled part of town but outside a gallery district, making it less intimidating to non-standard art goers. The gallery focuses on populist “urban, contemporary & street art” that, in most cases, would look appropriate on a living room wall. And the prints are affordable, many costing less than the “ready to hang” art at IKEA. All these approaches have been employed by other art spaces, but none have enjoyed the same meteoric success with both the public and the press. Owner Patrick Hull’s background in business, marketing, and advertising—coincidentally, the fields most concerned with choice overload and consumer selection—may have been the missing ingredient. 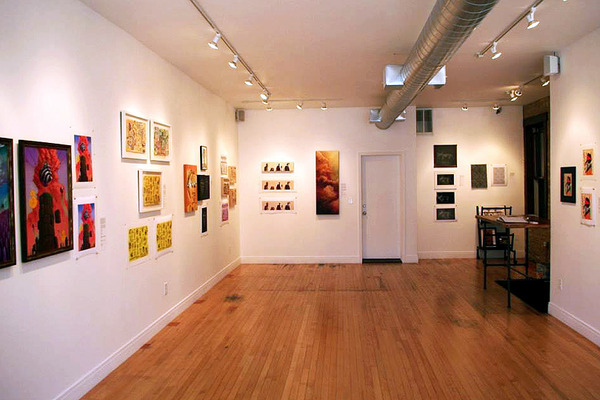 Installation view of Vertical Gallery; Courtesy of the Gallery.

Which table does Jones choose to drink from?

None of this is to denigrate Vertical Gallery’s accomplishments. In the five months since opening its doors, the space has generated a steady income, shown international artists, received excellent coverage and reviews, and turned a number of art neophytes into first time buyers. For any gallery to do this is both necessary and laudable. And yet, if the current exhibition’s goal, as per the press statement, is to “[start] a conversation on the way in which art is (re)produced, bought, and sold online and in galleries today...”, then it seems equally necessary to start another conversation, one less concretely practical: What about aesthetics and concepts? What about complexity? What about transcendent or sublime experience?

Maybe these questions are tired, old-fashioned, naïve. Or maybe elitist, even pompous. Definitely impractical—they bring us right back to the sixteen types of jam on the shelf that we would rather skip altogether. Vertical Gallery’s popularity has something to do with conducting cheerful business as usual and avoiding irresolvable debates like this. When it comes to the sublime, one man’s sunrise is another’s smokestacks is another’s system analysis—why dwell? The fact that Vertical Gallery is showing reproductions does nothing to change the debate. If, historically, miracles could be expected of “forged,” manufactured relics, than surely a Jimmy Bunnyluv Pink Elephant editioned screen print is as likely to inspire a sublime experience as the original.

This relativism is useful for defending personal authenticity against cultural tyranny, but it doesn’t explain two things: why the work of certain artists—Rothko, Mozart, Fellini—is regularly described as a source of sublime experience; and, more importantly, why an unresolvable conversation isn’t worth having. Confronting the viewer with unresolvable questions may not make for pragmatic consumerism, but without asking them, what does the artwork become?

So here, reader, a choice:

An abstract portrait of John Paul II is added to the Vatican’s Collection of Modern Religious Art without having inspired a single critical debate. On his way to the Sistine Chapel, a devout Catholic stops and spends a long while looking at the painting. Before he turns to walk away, does he make the sign of the cross, or take a picture?

(Image on top:Vertical Gallery during the opening reception for The Economics of Art; Courtesy of the Gallery.)

Christopher Tavares Silva Answers 5 Questions
12/4/17
COMMENTS (2)
Brilliant and Timely
I have long been trying to address that this is a win-win method of presenting art and reproductions. First of all, the development of an accomplished artist often requires years. For many artists, that development time can be the equivalency of time spent in pre-med, medical school, and a completion of a specialization residency, as well as the talent and passion for developing their work, their style, their originality. There are studio and supply costs. Artists are often charged with their own framing, crating and shipping costs. And, usually, all this comes ahead of profit. Original art should not be sold at a loss or undervalued. On the other hand, I have heard that maybe 1 - 2% of our population can afford to purchase fine original artwork at its valued price (so that the artist and the gallery not just meet their costs, but make a living). And, with today's print technology, reproductions are remarkably good, archival, collectable, and affordable. And, in some cases, will even endure better than the original. Comparing the one beside the other, shows the differences, not just in price, but also an aesthetic comparison. Offering both the original and the reproduction opens art to a wider group of collectors and serves everyone. Oddly, in my experience, the biggest nay-sayers about high-end reproductions are the low end originals-only artists. Perhaps it will continue to take the same acceptance curve that fine art photography needed before reproductions are understood as a brilliant option for both the artist and the collector. I love hearing about this exhibition and its success and think it is very progressive. Bravo.
Comment by: Roberta Ann Busard on Tuesday 08/27/13 at 10:18 AM
Brilliant, Clearly written and helpful article!
Comment by: Jean Marie Bowcott on Tuesday 08/27/13 at 8:45 AM
ArtSlant has shutdown. The website is currently running in a view-only mode to allow archiving of the content.