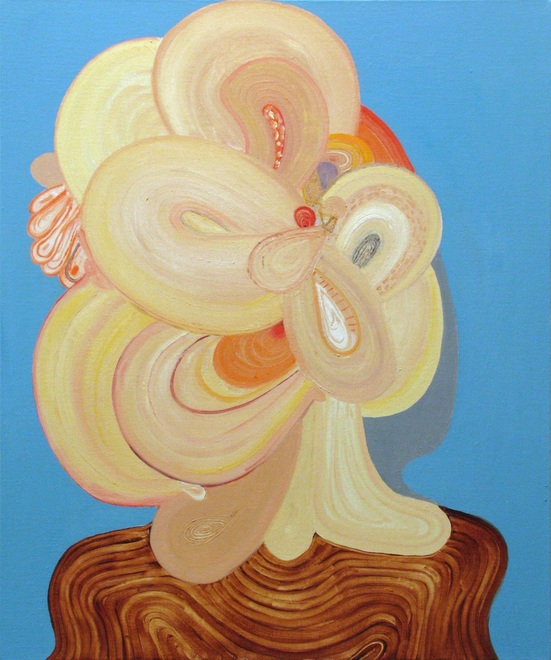 The Imagists and the Cubs are quintessentially Chicagoan institutions that are similarly maligned in much of the rest of the country while continuing to hold sway locally. Like the Cubs, the Imagists have an intensely regional flavor, and the loyalty conjured of its adherents and descendants appears mysterious to outsiders. Aptly named, Afterimage traces the trajectory and diaspora of the Imagists’ influence upon artists based in or with ties to Chicago.

The opening of Afterimage marks the DePaul Art Museum’s first anniversary in its new location. A small gallery near the entrance on the ground floor is dedicated to Imagist work produced in the mid-1960s to 1970s by such recognizable names as Karl Wirsum, Gladys Nilsson, Roger Brown, and Jim Nutt, serving as historical background to the main part of the exhibition upstairs featuring contemporary work. Although not a well-defined art movement, in some ways the Imagists can be defined by what they were not: not responsive to the mid-century’s dominant New York School of abstract expressionist painting, unsympathetic to Pop art’s embracing of commercial culture, and antithetical to minimalism. Instead, the Imagists favored representational yet whimsical and surrealist-influenced work, often depicting the human figure and employing a lurid color palette, a high degree of skill and finish, humor, and an intensely personal vision.

Lurid is a hard word to avoid when researching the Imagists, and it is no wonder why:

Both senses of the term can describe the contemporary work in Afterimage just as easily as the historical work on the first floor. The twenty-four younger artists on the second floor of the exhibition maintain the lurid palette, approach, and energy of their forebears, and also like them, many have ties to the School of the Art Institute of Chicago. In the introductory essay to the exhibition catalog, DePaul Art Museum Director Louise Lincoln wrote: “This exhibition is about sources and influences, and also about generation–both in the sense of bringing into being and that of age, cohorts, and lifespans.” Generational pairing becomes most literal through the inclusion of father and son painters, Karl Wirsum downstairs and Zack Wirsum upstairs.

The new generation of artists does not have a coherent and domineering art movement in opposition of which to define themselves, as did the Imagists to the New York School, but as co-curators Thea Liberty Nichols and Dahlia Tulett-Gross point out in their catalog essay, the eclecticism of postmodernism parallels the eclecticism of Imagist visual style. At least on the surface, formal approach and aesthetic strategies unify the exhibition more than content. Noticeably, much of the contemporary work is painting, although two photographs, two animations, one sculpture, and one mixed media piece are included. Though the average age of the artists is thirty, a couple of intergenerational and cross-media pairings can be seen. 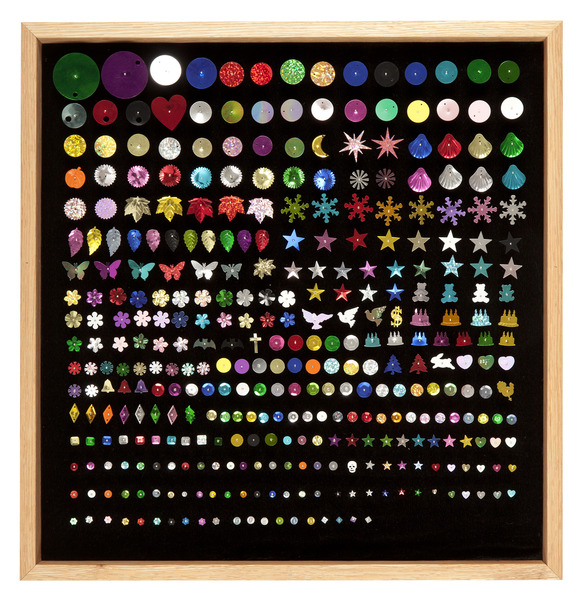 Rebecca Shore, a student of the Imagists in the early 1980s, and Ellen Nielsen, a recent graduate of SAIC, both clearly bear the influence of the late Ray Yoshida, mentor to the Imagists and longtime SAIC faculty. His absurd, puzzle-piece taxonomies become even more abstract and flattened in Shore’s hodgepodge of silhouetted objects, which seem to be pressed like stickers onto the surface of her painting 09 (2010). Nielsen’s Spectacle Box (2007), a shadow box containing brightly colored sequins classified by size and shape, offers more apparent order with explicit references to insect specimens and girl and craft culture, but both artists manage to morph Yoshida’s signature style into a feminine and feminist sensibility.

Though not shown close together in the exhibition, I was struck by the similarity of Adolescence (2011) by Richard Hull–who began exhibiting with the Imagists at the Phyllis Kind Gallery in the late 1970s–and Untitled (ties) (2010) by Justin Cooper, also a recent SAIC alumnus. Adolescence perfectly straddles figuration and abstraction, lending tactility to how it feels to not quite belong in your skin in that period of life. In Cooper’s photograph, a man poses for a portrait with his head completely enveloped by a large wad of ties, appearing large and distorted. Both portraits exude an eerily similar feeling of simultaneous calm and panic found within the everyday. 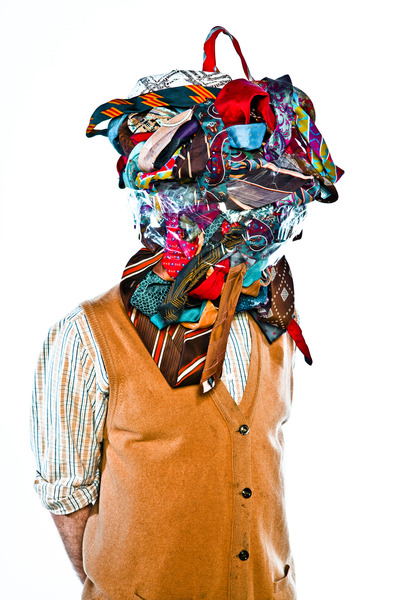 True to the conversational nature of the exhibition and the collaborative spirit of Chicago’s tightly knit networks of cultural producers, the exhibition catalog–printed on oversized newsprint–commissioned essays by local arts administrators, writers, and curators for each of the contemporary artists. Afterimage programming includes performances and a film screening. There are three satellite exhibitions of Afterimage as well, at the Roger Brown Study Collection, 1926 N Halsted Street (through November 18); the Center for Book and Paper Arts, Columbia College Chicago, 1104 S Wabash Ave, 2nd Floor (through December 7); and the Joan Flasch Artists’ Book Collection, 37 S Wabash Ave, Suite 508 (through November 11).