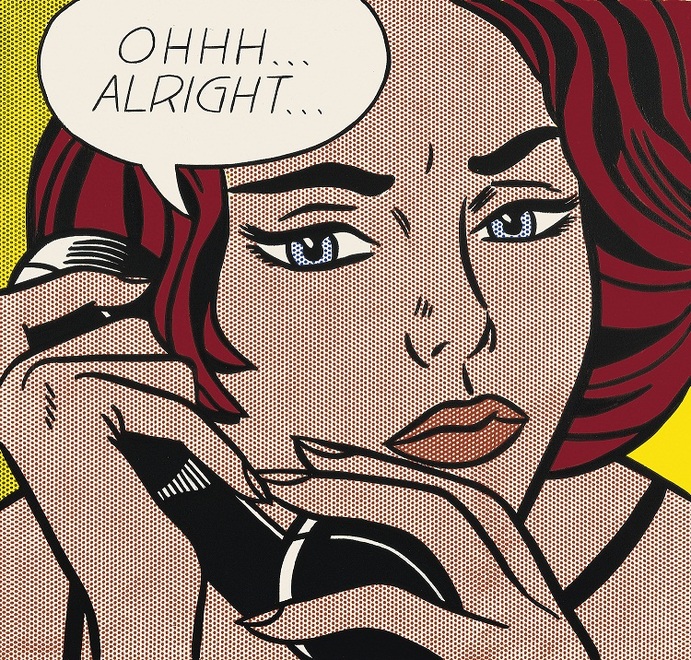 On May 22, the Roy Lichtenstein Retrospective, an exhibit that’s been five years in the making, will open its doors. Expertly curated by Sheen Wagstaff and James Rondeau, this exhibit presents, a-chronically, thematic slices from Lichtenstein’s vast body of work; including Art History, Black and White, Mirrors, and War and Romance. It is the largest retrospective on the artist to date, with 160 pieces of work filling the back hall of the Art Institute; a normally open and spacious gallery, it has been transformed into compartments, visages of aesthetic obsessions for the artist that inspire an inquisition into Lichtenstein’s process and intent.

Beginning with Look Mickey, 1961, his earliest work based off a comic panel, the exhibit progresses through his early abstractions into the solidification of his aesthetic approach to image making: the tell tale half-tone style. 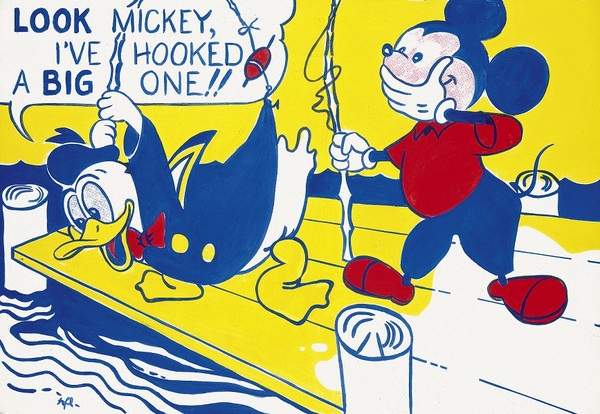 When considering Lichtenstein, it is most important to look at his background, as both experience and education were formative in his aesthetic. He began taking studio courses at Ohio State University in 1940; his education was interrupted by a three-year stint in the military during WWII where he worked mostly as a draftsman. Obscured from combat but nevertheless surrounded by it, he went back to Ohio State where he studied under Hoyt L. Sherman until 1949. Sherman was known for using a “flash lab,” a darkened room in which Sherman would flash images and ask his students to draw what they had seen. As the exercises progressed, more images for shorter durations were shown. In effect, Sherman was training his artists how to watch, interpret and record televisually.

Hal Foster remarked of the flash lab in The First Pop Age, 2012:

The flash worked to forestall the saccadic movements of the eyes necessary in the gauging of depth, and so to render vision almost monocular, an effect that Sherman deemed salutatory for art "because it facilitated the apprehension of images or objects as 'wholes,'…and assisted in the process of transposing objects seen in three-dimensional space into the two-dimensional terms of a picture surface.

By allowing his students to consider the product of art-making as a picture instead of a painting, Sherman freed the role of the artist from the lineage of high art which at the time was moving through modernism into the pictorially distant, abstract expressionism. Lichtenstein never forgot this possibility and as he practiced the more culturally accepted abstract expressionism of the time, he began to experiment with pictorial work that took issue with image. The image became the content. 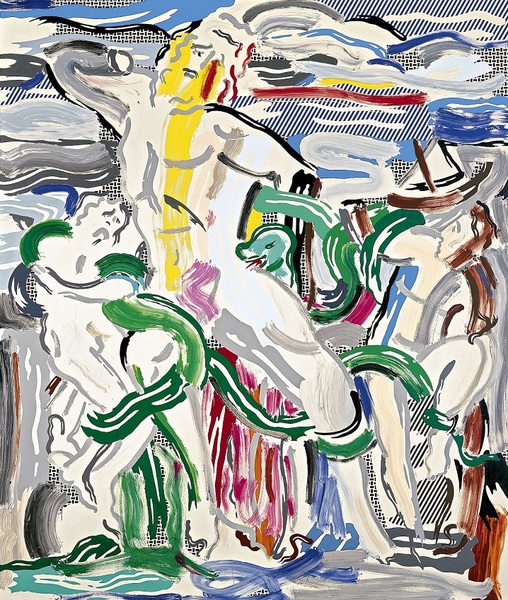 This turn-about is telling of Lichtenstein’s humor and sensibilities as an artist. The role of trickster would take up more room in the toolbox of the artist as pop expanded and Lichtenstein seemed most comfortable with it. For an in-depth exploration of the role comedy has come to play in art, check out David Robbins' Concrete Comedy. Many of Lichtenstein’s later works, including his Artist’s Studio and Art History series (so named by the Art Institute) as well as his Deco series of sculptures which mimic Art Deco furnishings, all depict an artist fluent in imagery who is then able to turn it, pervert it, and re-represent it using humor as the mode of understanding to bridge the gap between what has been and what is. 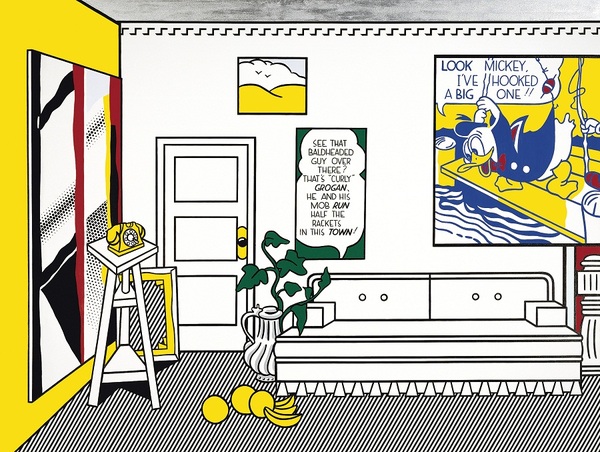 The Ben-Day dots that would come to signify Lichtenstein’s work were commonly used in print images. By appropriating not the process, but the aesthetic of this method of image making, Lichtenstein was able to create paintings that were at once referential but also transcendent. By connecting the worlds of print advertising and popular entertainment with the art world, he realigned the possibilities for the next generation of artists. Lichtenstein has become a bridge figure in art history, someone who took the step towards a practice of appropriation and image-fluency that has come to dominate popular culture today and given rise to what some have called the New Aesthetic (“the eruption of the digital into the physical”). This practice remains firmly rooted in the concept of “artistic license,” the colloquial term for appropriation without recompense. Our recompense, however, is the ability to lay eyes on the new.